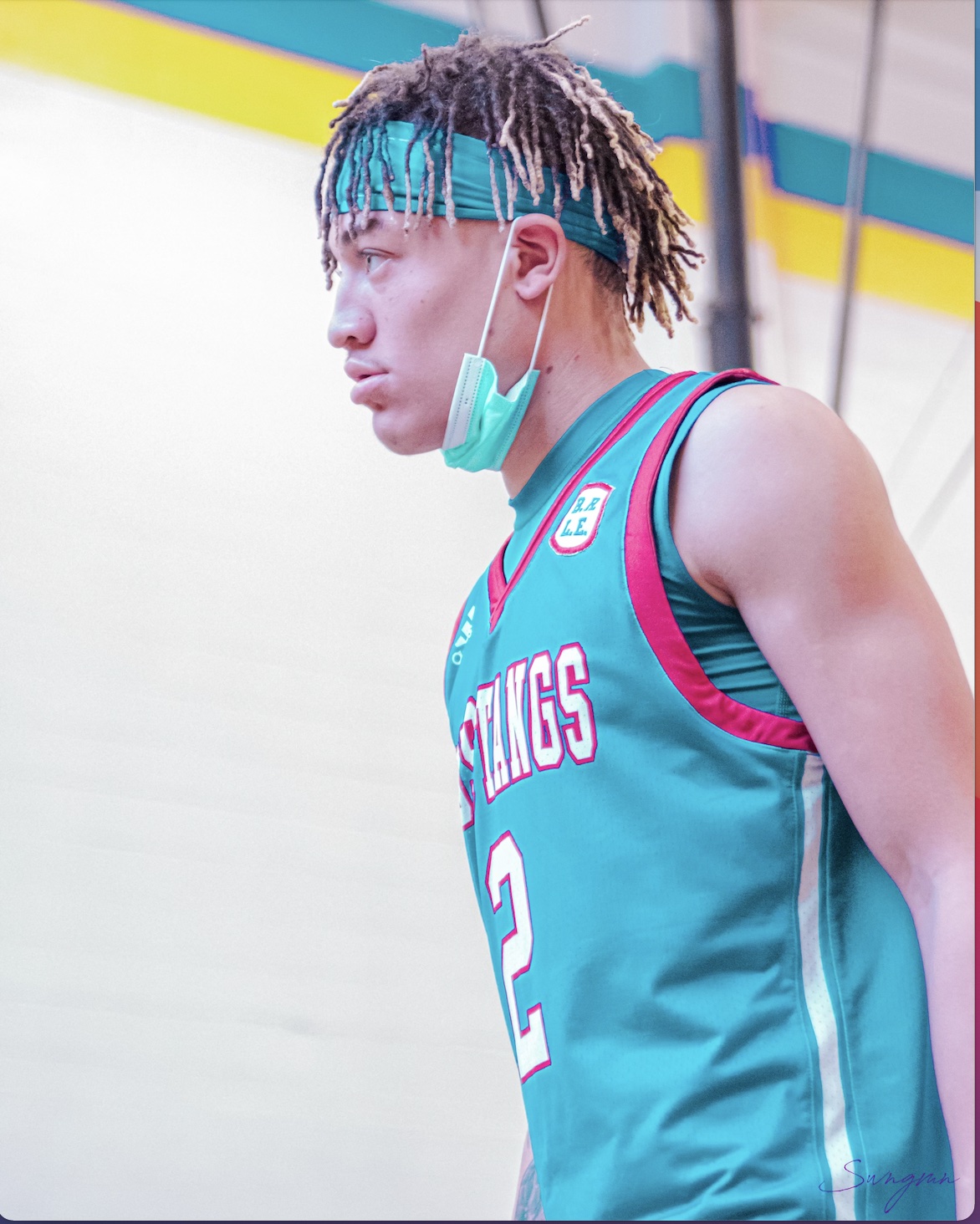 By JACOB POLACHECK If you tell Rodney Gallagher Jr. that he can’t do something, there’s a good chance he’ll prove you wrong.  First it was on the basketball court, picking up the game at the age of four as his father, Rodney Sr., taught him the fundamentals of ball handling and footwork. Then came the football where Gallagher developed his attributes of elusiveness, speed and quickness. And before long, Gallagher was excelling on the hardwood and the gridiron, becoming a national talent.  After playing with Bronny James and the North Coast Blue Chips AAU team in middle school, Gallagher started ninth grade at Laurel Highlands High School in Oliver, PA, with sky high expectations. Still, Gallagher found a way to blow right by those expectations.  It’s the 2020 Western Pennsylvania Interscholastic Athletic League Class 5A championship game and Gallagher steps to the free-throw line with a one-and-one opportunity as only four seconds remain. Down by one point, Gallagher sank both free throws, leading Laurel Highlands to its first WPIAL title since 1968.  “Truthfully, there wasn’t much doubt in my mind that he would make them,” Laurel Highlands head coach Rick Hauger said. “That really summed up the type of player that he is. He was the leader. Even as a freshman, he was still the leader.” Two years later, Gallagher has his pick of high-major Division 1 offers to choose from, but his decision is more than that.  A four-star athlete on both the basketball court and the football field, the 6-foot, 170-pound high school junior intends to choose one sport to play his college career. It’s clear that choice won’t be easy.  “I could see myself in both sports,” Gallagher said. “But whatever decision I make, I’m going to stick with it.”  That decision could come as early as senior year, as schools with schools like NC State, Virginia Tech, Notre Dame, Maryland, Michigan State, Michigan, Ole Miss, Arizona State, Louisville, Florida State and Cincinnati hoping to land the 6-foot, 160-pound athlete on the football field.  And with his father by his side, a former Division 1 basketball player in his own right, Gallagher is focusing heavily on the relationship aspect of the process.  “I’m here to listen and give advice,” Rodney Sr. said. “I won’t sway his decision in any way.”  Yet, only three schools – Penn State, Pitt and West Virginia – are hard on Gallagher’s trail for both football and basketball.  “They’ve all played a big part in my recruitment and they’re all three great schools,” he said. “ They care about helping me get to the next level and they do everything they can to get you there.” Still, it’s not just that Gallagher is a dual-sport athlete, he has also established himself as a two-way star on the gridiron, playing quarterback, wide receiver and safety. His stats this season are something to marvel at: 33-for-48 passing, 459 passing yards and six touchdowns, including 32 carries for 357 rushing yards and nine touchdowns. On the defensive end, Gallagher has recorded two interceptions and seven tackles, while also returning six punts for a total of 154 yards.  “I always knew he would be good, but I didn’t know he would be this good,” Rodney Sr. said.  Meanwhile, on the basketball court, Gallagher has made great strides in improving his three-point shooting and displaying his incredible physical skill, all in the best interest of his team. Hauger can remember a time last season when an assistant coach asked Rodney to shoot the ball more and Rodney responded by saying ‘I don’t have to shoot the ball as much this year. We have a lot of good shooters.’ “He was basically saying that the team needs him to do other things,” Hauger said. “We’ve got other kids that can do that also. I thought that was a great summation of his viewpoint on how you can be a good teammate and can happen with that kind of mentality if it exists throughout the team.” Whether it’s on the basketball court or the football field, Gallagher also displays a tremendous vision and IQ for the game.  “He sees things happen before they actually happen,” Rodney Sr. said. “I think that’s what distances him the most, his IQ and his willingness to want to win.” For most teenagers, the non-stop shuffling from one sport to the other, combined with the heavy demands of the recruiting process, would be too much to bear. But not Gallagher.  “It’s always been bred in him that when we’re doing one sport, we focus on that sport,” Rodney Sr. said. “When it’s time for the next, we get ready for the next. That’s why I feel like he feels he can compete in both sports at the next level because he’s been doing it for so long.”  Throughout his national recruitment, football stardom and his basketball journey, Gallagher has worked to maintain a reputation for being a good teammate and a good member of the community, while his father has worked to instill morals, high-character and respect in his son.  “This is something that I’ve dreamt about since I was a little kid,” Gallagher said. “I’ve always wanted to be in a lot of players’ shoes. Now, I’m finally in their shoes and doing my own thing.”  Photo: Logan Douglas Follow Jacob Polacheck on Twitter Follow Adam Zagoria on Twitter Follow ZAGSBLOGHoops on Instagram And Like ZAGS on Facebook