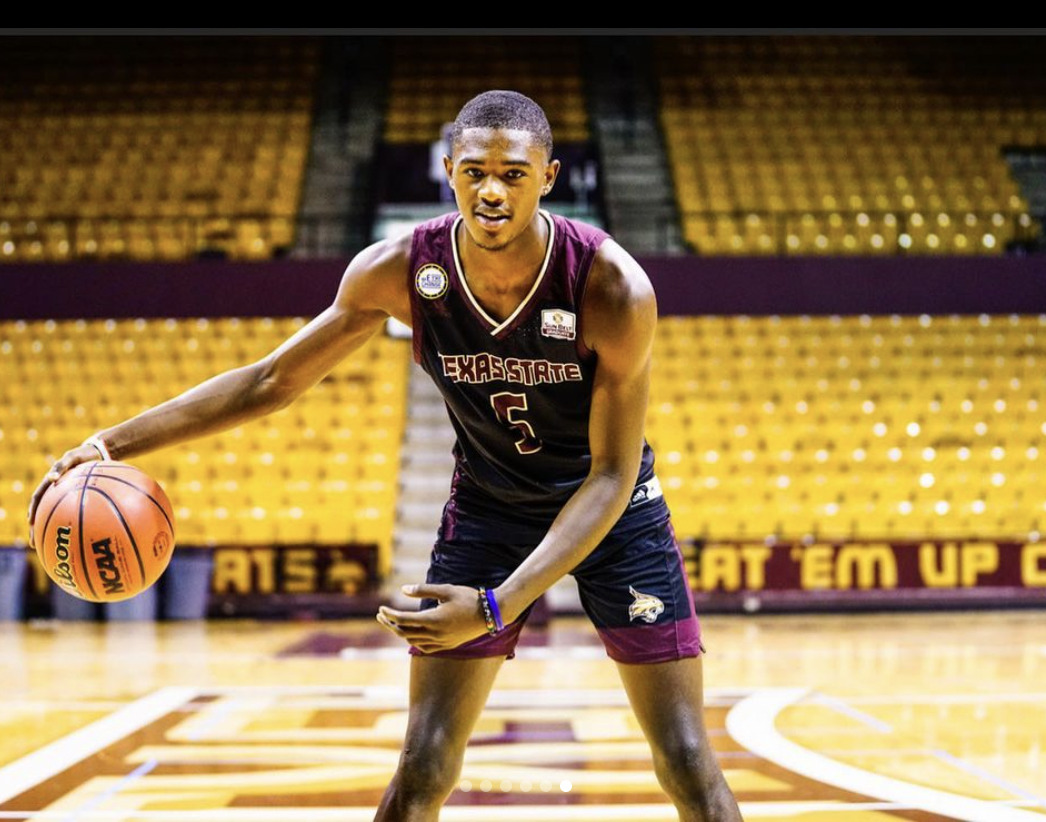 By JACOB POLACHECK Class of 2022 three-star forward Shawn Jones Jr. has committed to Texas State, he tells ZAGSBLOG. “I picked Texas State because coach (Terrence Johnson) is a real one,” Jones said. “He doesn’t tell you what you want to hear. He tells you exactly how it is without sugarcoating anything.” The 6-foot-5, 185-pound small forward from Shadow Creek (TX) and the Team Trae Young AAU Program, chose Texas State over North Texas, New Mexico, McNeese State, UNLV, Texas A&M and Indiana State. “What stood out the most was how detailed and smart coach Johnson is and how he treats his staff and players,” Jones said. “He treats his staff and players with love and care, but he’s not going to let you off the hook easily with anything because he wants everyone to succeed.” Ranked by 247Sports.com as the No. 63 small forward in the class of 2022, Jones joins shooting guard Jordan Mason as the second commit in the Bobcats’ recruiting class. “I’m a player with a lot of energy and someone who takes pride in his defense,” Jones said. “I’m a player who’s trying to make the whole team look good and a player who’s a winner. Bobcat fans can expect someone who’s never going to give up on them and that’s going to put on for them wherever I go!” Follow Jacob Polacheck on Twitter Follow Adam Zagoria on Twitter Follow ZAGSBLOGHoops on Instagram And Like ZAGS on Facebook