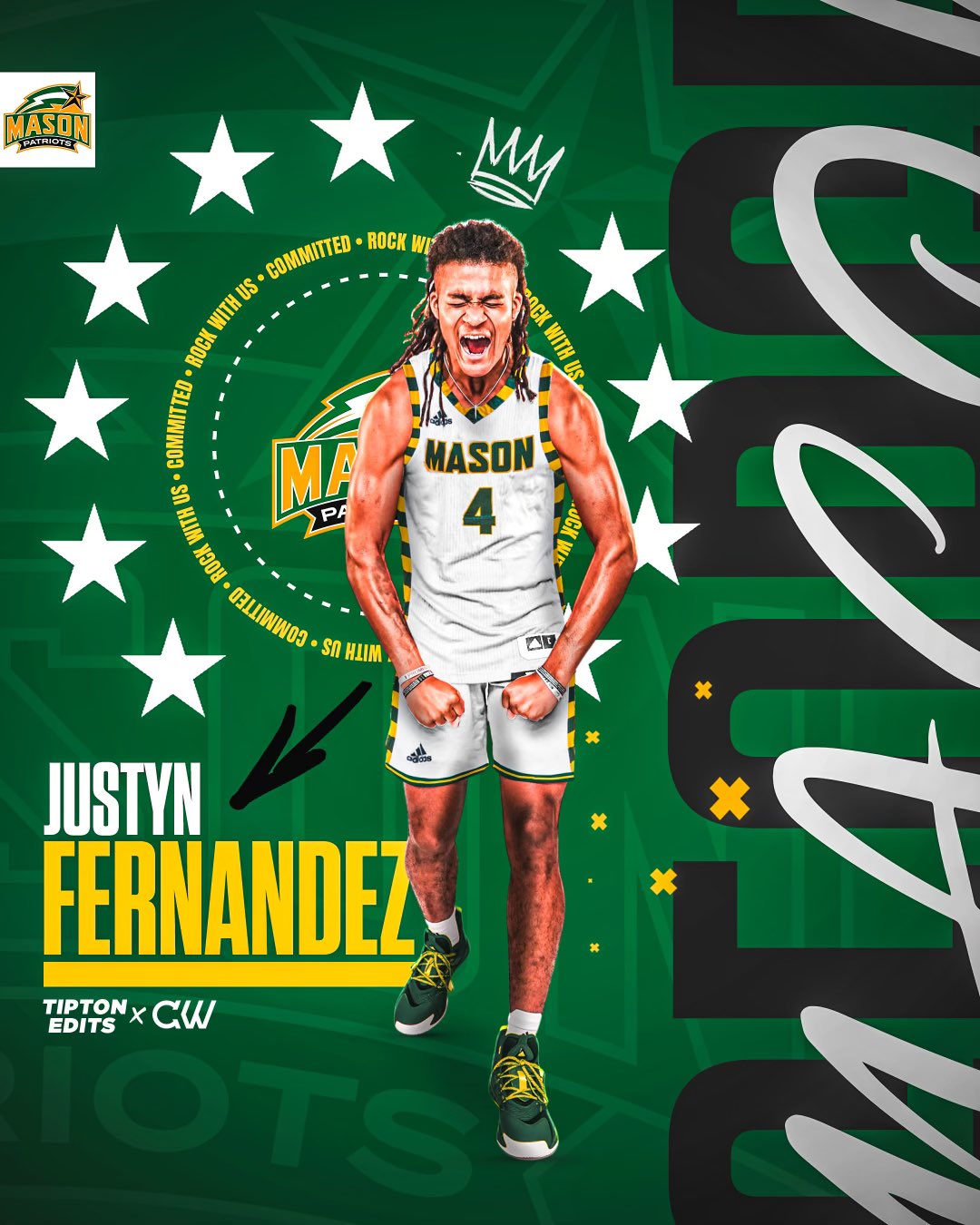 By ADAM ZAGORIA Justyn Fernandez, the four-star wing from IMG Academy (FL), committed to George Mason on Friday. Ranked the No. 22 small forward in the 247Sports Composite, he chose George Mason over offers from N.C. State, Tennessee, Oklahoma State, Illinois, DePaul, Georgia, Texas A&M, Butler, Florida, Wake Forest, Ole Miss, Arizona State, and Georgetown. “Justyn has a chance to be an impact player from Day 1 in the A10,” IMG post-graduate coach Chad Myers said. “He is an elite athlete who can guard multiple positions on the defensive end. He is explosive in transition and his shot-making and creating ability continues to progress at a high rate.” He joins point guard and AAU teammate Devin Dinkins in George Mason’s 2022 class. “He’s ery explosive and great in transition,” DC Premier director Damon Handon said. “His.jump shot has improved tremendously over the last year. He’ll make an immediate impact at Mason from Day 1. He was coveted by several Power 5 programs.” Follow Adam Zagoria on Twitter Follow ZAGSBLOGHoops on Instagram And Like ZAGS on Facebook