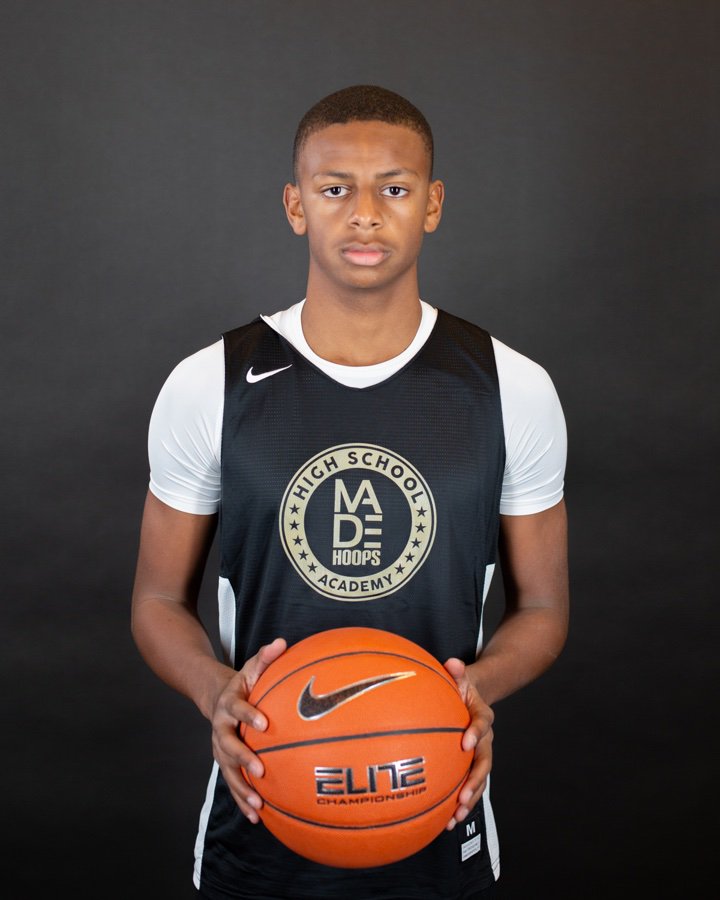 By JACOB POLACHECK Jayden Lemond, the No. 39 overall prospect in the Class of 2023, has been busy on the visits trail, taking unofficial trips to Vanderbilt, Georgia and Georgia Tech over the past month. “It was definitely a good experience getting to see each and every college from an inside view,” Lemond said. “It was a really good experience seeing the college campuses, the practices and the daily life of each student-athlete.” Lemond, the 6-foot-3, 170-pound guard from Blair (NJ) Academy and the PSA Cardinals, started his trips with an unofficial visit to Vanderbilt on August 27. “What really stood out to me was the guard play and how coach (Jerry) Stackhouse lets their guards play,” Lemond said. “Obviously, Stackhouse is a good coach and was a great, great NBA player. He played in the NBA for 18 years, so he definitely knows his stuff. He was around the NBA game for a while so that’s what stood out to me.” Lemond said the campus at Vanderbilt ‘felt like home’ and was able to see how the Commodores use their guards, especially standout junior point guard Scotty Pippen Jr.. “Their pitch to me was that I could be the next guard to come out of there and play right away,” he said. “That’s what I like to hear.” Just a few days later, Lemond made his way to Georgia Tech for an unofficial visit on Aug. 30. “That was really good,” he said. “Same thing as Vanderbilt, we got to see the practices and the campus. I got to talk to coach (Josh) Pastner. It was really good.” The next day, on Aug. 31, Lemond traveled to Athens to visit the University of Georgia. “They like me a lot, similar to all the other coaches,” he said. “Their practice was crazy, nonstop, 40 minutes. It was loud. It was crazy. Tom Crean is a very good coach. He knows what he’s doing. It was nonstop. It was almost like an NBA practice. It was crazy.” Outside of the three unofficial visits, Lemond says that UConn and Oklahoma State remain in the mix, breaking down each school: UConn: “I really like the guard play. They have good guards and a lot of New Jersey talent. That’s really good.” Oklahoma State: “Really anything that has to do with guards. They just had Cade Cunningham and he’s a stud. Coach (Mike) Boynton is a good dude. They showed me everything that Cade has done and they feel like I could be the next great point guard.” While Lemond still hasn’t come up with a timetable for his commitment, he says he’ll be looking at factors off the court when it comes time for a decision. “Basketball is going to stop one day, so I want a school that I can see myself at away from the game of basketball,” he said. “Also, a place with a brotherhood mentality.” Ranked by 247Sports.com as the No. 9 point guard in the class of 2023, Lemond describes himself as a versatile guard. “I’ve been working on my shot a lot lately,” he said. “I can play all positions. I’m really, really versatile. One through three or four, I can guard any position. I think that’s what separates me a lot.” Follow Jacob Polacheck on Twitter Follow Adam Zagoria on Twitter Follow ZAGSBLOGHoops on Instagram And Like ZAGS on Facebook