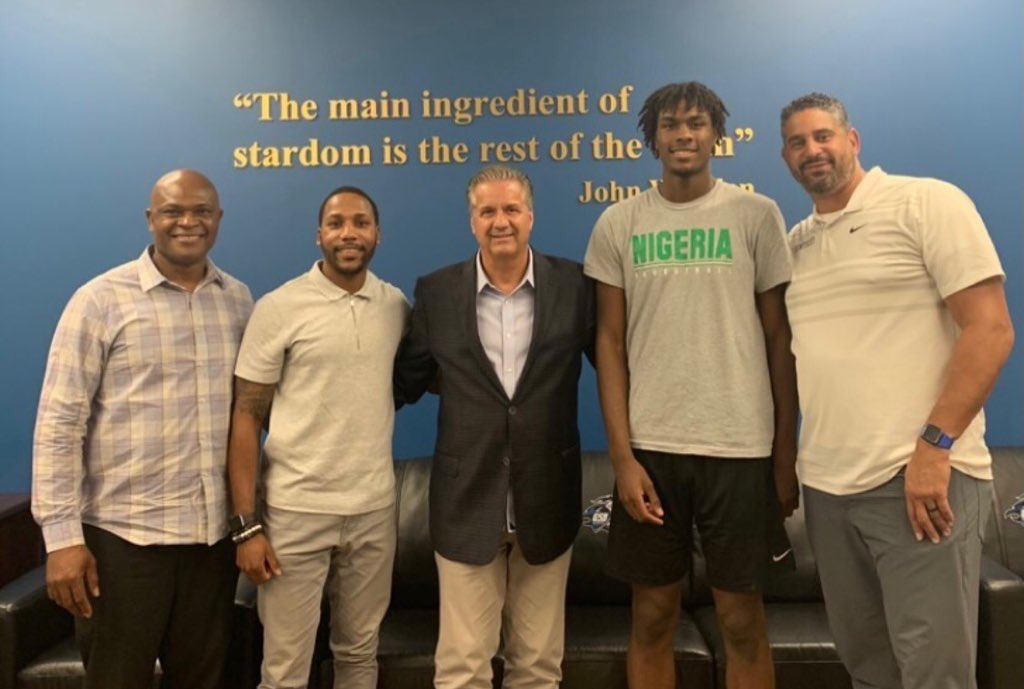 By ADAM ZAGORIA Under coach John Calipari, Kentucky has a long history of recruiting New Jersey’s top players, from Dakari Johnson and Michael Kidd-Gilchrist to Karl-Anthony Towns to Isaiah Briscoe to Lance Ware. Now the Wildcats are once again involved with several of the top Class of 2023 propsects from the Garden State, including D.J. Wagner of Camden and Mackenzie Mgbako of Gill St. Bernard’s. Both players run with the NJ Scholars on the Nike EYBL circuit. After visiting Wagner last Thursday, Calipari and Orlando Antigua met with the the 6-foot-8 Mgbako and offered him a scholarship, according to Andrew Slater. “Coach Antigua and I have a really good relationship and we’ve been talking for almost a year now,” he told 247sports.com. “His message has just been that Kentucky is a really good place to be and a place for me and that I will be very successful if I go there.” The busy week continues as UNC’s Hubert Davis and Jeff Lebo come in for Mgbako on Tuesday, while Jon Scheyer and the entire Duke staff are expected Thursday after Mgbako took an unofficial visit to campus earlier this month. Follow Adam Zagoria on Twitter Follow ZAGSBLOGHoops on Instagram And Like ZAGS on Facebook