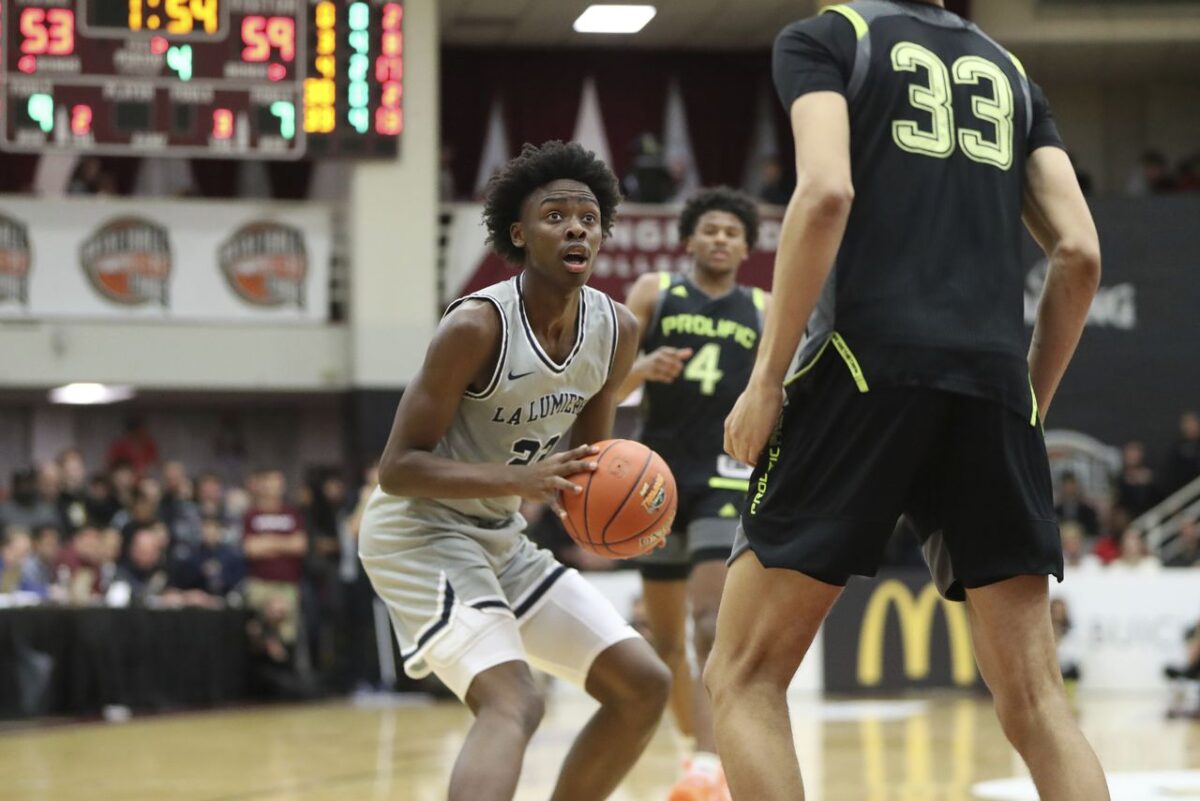 By ADAM ZAGORIA Kentucky is among the schools expected to check in on former Syracuse commit Kamari Lands sometime after coaches go out to see high school prospects beginning Thursday, Hillcrest Prep coach Nick Weaver said. The 6-foot-8 Lands decommitted from Syracuse last month and is now being courted by Arizona State, Auburn, Georgia and Kansas, among others. He is cousins with Kansas guard Jalen Coleman-Lands. Lands transferred to Hillcrest Prep (AZ) last month after previously playing at national powers Prolific Prep (CA) and La Lumiere (IN). “Kamari has HUGE upside,” said Weaver. “He’s a legit 6’8 with a 6’11 1/2 wingspan. He can really shot the 3 and also is an outstanding rebounder. In our up tempo offense Kamari Lands will thrive! He just hasn’t been in the right system the past few years. He has all the tools to be a very good NBA player.” Like his new Hillcrest Prep teammate Chance Westry, Lands was offered by the Overtime Elite league but said he turned them down to focus on the college path. “Yeah, I did,” he said by text. As for Kentucky, they have one commit in point guard Skyy Clark of Montverde (FL) Academy and remain in the mix for guards Chris Livingston, Cason Wallace and Shaedon Sharpe, who will announce Tuesday and is also considering Arizona and the NBA G League, as well as big men Adem Bona and Dereck Lively II. Kentucky is also expected to see Class of 2023 point guard Kylan Boswell of Corona (Calif.) Centennial and 2023 wing Mookie Cook of Arizona Compass Prep. Kentucky, Memphis, USC, UCLA, Arizona, Oregon, and Gonzaga are among those who reached out to Cook in June, while Kentucky, Arizona and Gonzaga reached out to Boswell. (AP Photo/Gregory Payan)AP Follow Adam Zagoria on Twitter Follow ZAGSBLOGHoops on Instagram And Like ZAGS on Facebook

Class of '22 guard Nick Smith down to 4 schools