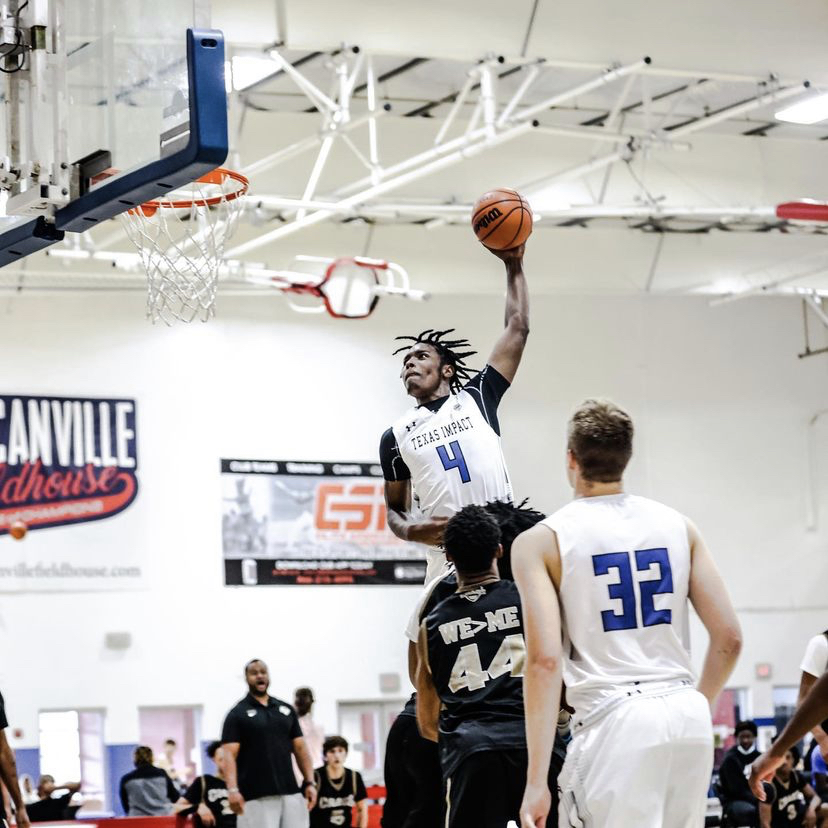 By TOBIAS BASS One of the hottest national stockrisers during the month of July was three-star forward Robert Jennings.  The 6-foot-7, 220 pound forward from Desoto (TX) is getting attention from major programs such as Missouri, Utah, Iowa State, Ole Miss, Boston College, Georgia, and Virginia. For many prospects this was the first time college coaches have been able to see them in live action. Jennings had multiple games during the Under Armour Sessions were he had a double-double and showed his versatility on both ends of the floor. “I feel I showed that I am going to come out and play hard on both ends every game and leave everything on the floor,” Jennings said. “I am a very versatile defender I feel I can guard any position on the floor. Offensively I am very versatile because my size makes it more difficult for guards to match up and my ability to get to the rim from the wing makes it harder for bigs to match up.” After taking official visits to SMU and TCU, Jennings plans on visiting Texas Tech and Texas A&M in September. He will also take another visit to SMU in August. He broke down each school: Texas Tech: “I have really enjoyed the relationship me and assistant coach Talvin Hester have built since the beginning.”  Penn State: “They have really been consistent and really enjoyed getting to know the staff.”  Houston: “Coach (Kelvin) Sampson has done a great job building a great program and I have enjoyed the relationship we have built.” Texas A&M: “Coach Rocc (Assistant Steve Roccaforte) and I have been working on our relationship for a long time. I really enjoyed the visit meeting all the staff made me feel at home.”  Virginia Tech: “Coach (Mike) Young has been building a relationship with me and I really have enjoyed the entire process.”  SMU: “I love how Coach (Tim) Jankovich has built his program and the way he has developed players like myself and put them in the best position to be successful at the next level.”  As Jennings commitment decision nears, he discussed what he’s looking for in a coaching staff. “A coach that believes in me and that is going to push me to become the best me that I can be. Then put me in the best position to accomplish my childhood goal of being a NBA player.” Jennings has worked tirelessly to become a division one prospect. The Desoto (TX) native talks about his journey to being one of the hottest recruits in the country. “I give all glory to God. It was lonely and difficult at times but I always trusted that in the end things would all line up in my favor if I continued to put the work in and keep him first.”  Follow Tobias Bass on Twitter Follow Adam Zagoria on Twitter Follow ZAGSBLOGHoops on Instagram And Like ZAGS on Facebook