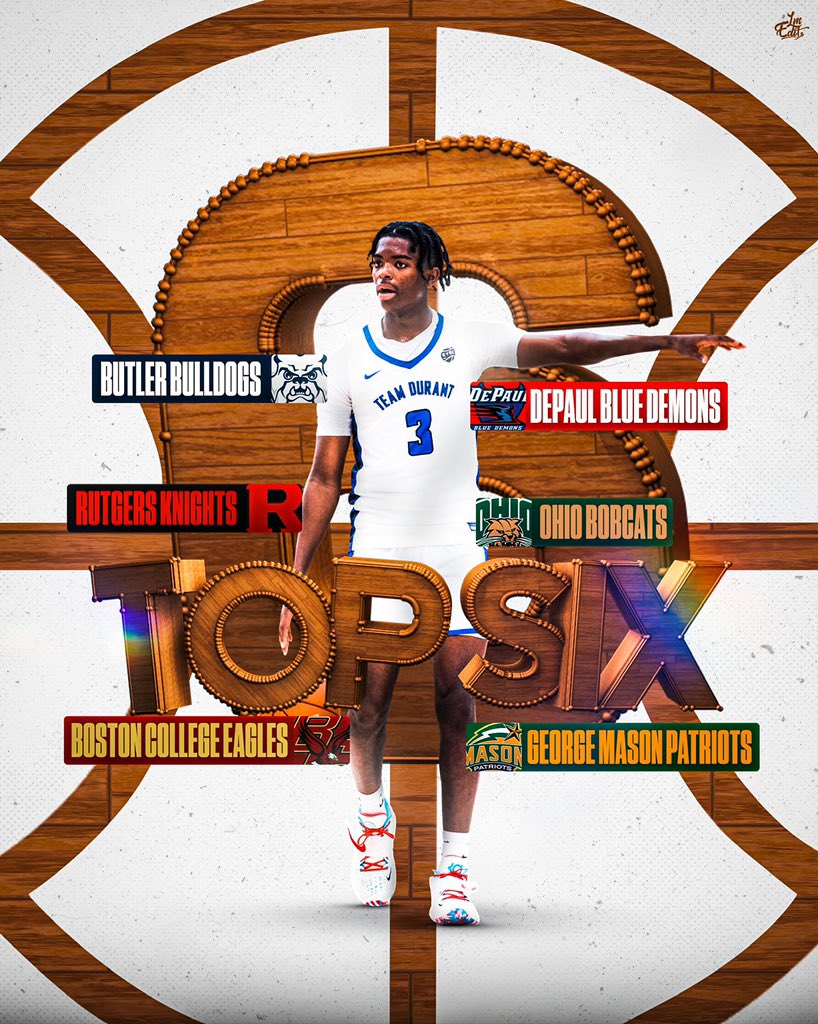 By ADAM ZAGORIA Chas Kelley, the 6-foot-5, 185-pound shooting guard from the Phelps School (PA) and Team Durant, announced his top six schools and broke them down for ZAGSBLOG. Kelley is down to Ohio, Boston College, George Mason, Rutgers, DePaul and Butler. He will visit Butler (Sept. 3-5), Boston College (Sept. 7-9) and DePaul (Sept 17-19). Ohio: “They didn’t start recruiting me until June. However, from our first contact, I knew they understood my game and versatility as a big point guard.  I’ve developed a special relationship with Coach [Jeff] Boals and Coach Thornton that extends beyond the basketball court.  I know they care about their players.  Additionally, they see me in the same light as Jason Preston and really want to assist in my development as a player.”   Boston College: “Boston College offers the perfect balance between education and basketball.  Coach [Earl] Grant and staff have really embraced every aspect of who I am as a person and a player.  New staff, new facilities, and the opportunity to play in the ACC is exciting to me.  It won’t be easy to come from the bottom of the ACC, but I’ve been an underdog my whole life.” George Mason: “I took an official visit to George Mason in June and really liked it a lot. They have an amazing staff, facilities, and fan base.  Coach [Kim] English not only coaches the game, but he has played the game at the highest level.  Coach English and his staff have made me a priority since April, and they have made it very clear that they want to develop me to maximize my potential.” Rutgers: “I visited Rutgers in June.  They have awesome facilities and a great campus. Big 10 basketball is some of the most competitive basketball in the country. I like that they play with a lot of versatility, which suites my style.  They can play fast and get buckets or slow it down.  I like Coach [Steve] Pikiell because he speaks a lot about being prepared for the 4-year plan of basketball as well the 40-year plan of life after basketball.” DePaul: “Coach Stubbs [Tony Stubblefield] is a real one!  He can make anyone feel comfortable.  He is excited about his new position at DePaul, and I know he is going to do something special.  Coach Stubbs has a history of recruiting Houston guards, so there’s already a bond we’ve formed.  Off the court, I know that DePaul and the city of Chicago will provide a quality education and a great experience.  Playing in the Big East against some of the best guards in the country will only help me get better.” Butler: “Butler is a storied program that has a lot of potential to be back at the top of the Big East.  Coach [LaVall] Jordan is a player’s coach and I like that he also played at Butler.  The staff is big on my development.  Coach Jordan really understands who I am as a player and understands my versatility.  He has made it very clear that he wants me to come in right away and make an impact.” Follow Adam Zagoria on Twitter Follow ZAGSBLOGHoops on Instagram And Like ZAGS on Facebook

Class of '22 Jalen Hood Schifino down to 2 schools