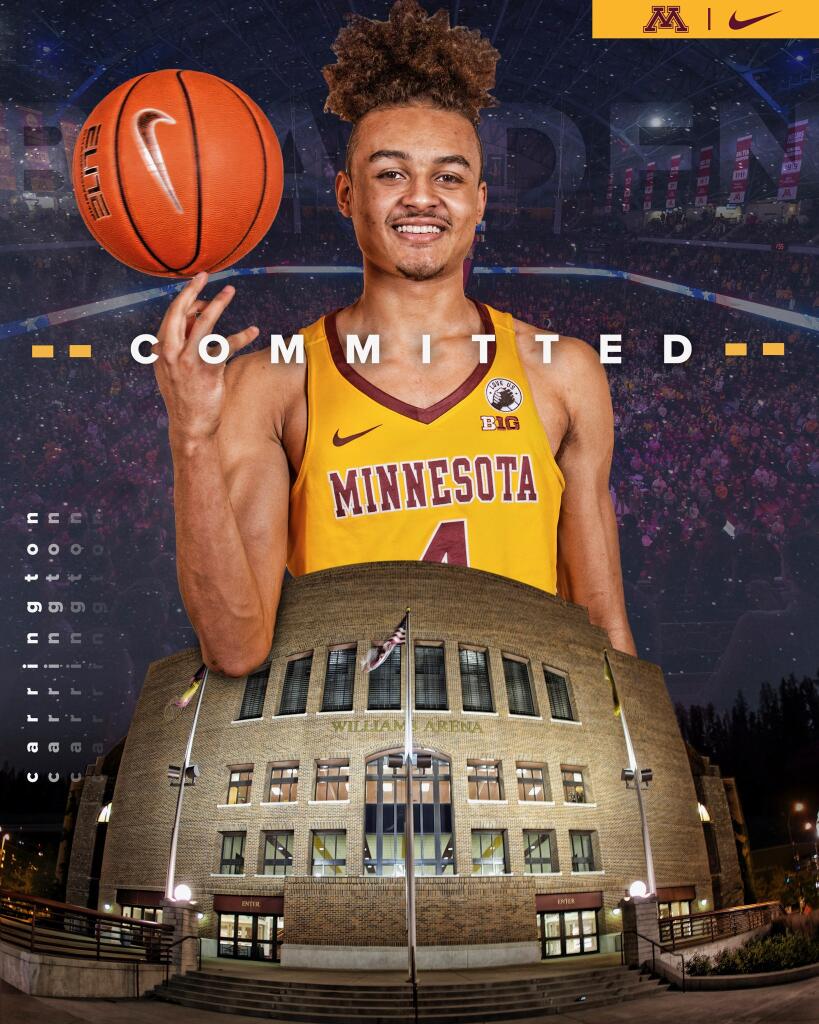 By JACOB POLACHECK Class of 2022 guard Braeden Carrington has committed to Minnesota, he announced Wednesday via Twitter. “I felt the same love from head coach Ben Johnson to the last assistant and I didn’t feel that at any other college,” Carrington told ZAGSBLOG by text. Carrington, the 6-foot-3, 165-pound shooting guard from Park Center (MN) and the Team Sizzle AAU Program, announced his commitment just one day after taking his official visit to Minnesota on Tuesday. “I felt welcomed from the start like I was already part of the team,” he said. “Since Ben (Johnson) got there, they really built a family.” As the first commit in the Gophers’ 2022 recruiting class, Carrington says he’s hoping to recruit his teammate, 6-foot-9 power forward Pharrel Payne. “I think I’m going to just focus on trying to get Pharrell here,” he said. “Then if he commits, I can go to the next (player).” Carrington describes himself as a three-level scorer. “I’m gonna work hard and help my team win,” he said. Follow Jacob Polacheck on Twitter Follow Adam Zagoria on Twitter Follow ZAGSBLOGHoops on Instagram And Like ZAGS on Facebook