Davion Mintz to return to Kentucky for 2021-22 season 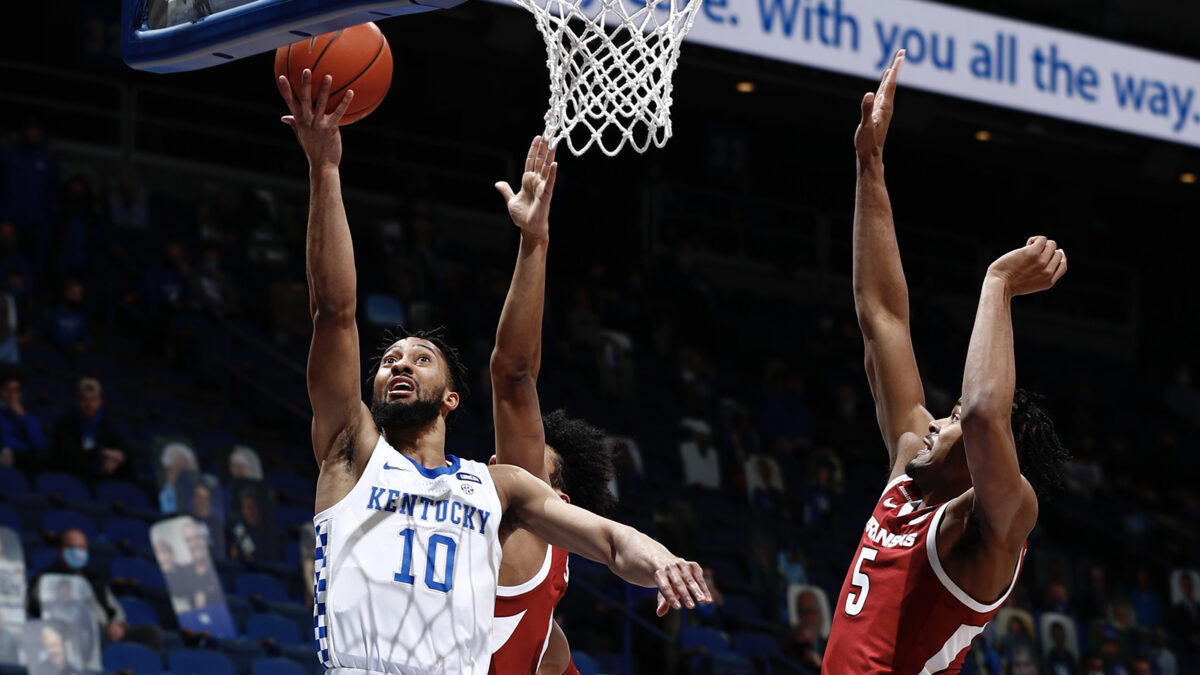 By JACOB POLACHECK University of Kentucky senior guard Davion Mintz will withdraw his name from the 2021 NBA Draft and return to UK for the 2021-22 season, the program announced Thursday. “First of all, I want to thank everyone for the support they have provided me the last couple of months while I pursued my dream of playing professionally,” Mintz said in a press release. “I really appreciate the support from my coaches, my teammates and my family while I went through this process. I wanted to give it a real shot and I feel like I did that. I know that I am ready and closer to my ultimate goal of playing in the NBA. “Having said that, my heart has guided me back to Kentucky for one more year. I want another season on the national stage to prove that I am ready to play at the highest level. I can’t wait to get back to Lexington with my teammates and experience the full effect of Big Blue Nation. It’s time to get back to work.” Mintz, a 6-foot-3, 196-pound guard from Charlotte, NC, led Kentucky in points (11.5 per game), assists (3.1 per game) three-point field goals (56 total) during the 2020-21 season. He will be the first Wildcat to return to school after leading the team in scoring average the previous season since Randolph Morris led the 2005-06 squad and came back to Kentucky for the 2006-07 season. “I am so happy for Davion because he was able to explore all of his options Kentucky coach John Calipari said. “He is one of the most appreciative players I have coached in my time here. I said to his parents after last season, ‘I can coach him for the next 10 years.’ He is that kind of person, player and leader. Our team is different than last season and there is more competition, but there is no question that Davion makes us better. He improved so much from the start of last season to the end and I can’t wait to see that continued growth in his second year with us.” Mintz began his career at Creighton, appearing in 97 career games with 79 starts for the Bluejays. During the 2018-19 season, he started all 35 games in the backcourt, averaging 9.7 points, 3.0 assists and 3.0 rebounds in 28.8 minutes per game. As a sophomore, in 2017-18, he led the Big East in assist-to-turnover ratio. He redshirted in 2019-20 due to an ankle injury. Mintz’s return adds to an already loaded 2021-22 Kentucky roster featuring returnees Dontaie Allen, Keion Brooks Jr., Jacob Toppin and Lance Ware. Kentucky is also bringing in the nation’s No. 7 ranked recruiting class in 2021, with five-star point guard TyTy Washington, five-star forward Daimion Collins and four-star forward Bryce Hopkins. UK also added high-impact transfer Oscar Tshiebwe (West Virginia), who will be eligible to play in late January, as well as CJ Fredrick (Iowa), Kellan Grady (Davidson) and Sahvir Wheeler (Georgia). Photo: Kentucky Athletics Follow Jacob Polacheck on Twitter Follow Adam Zagoria on Twitter Follow ZAGSBLOGHoops on Instagram And Like ZAGS on Facebook