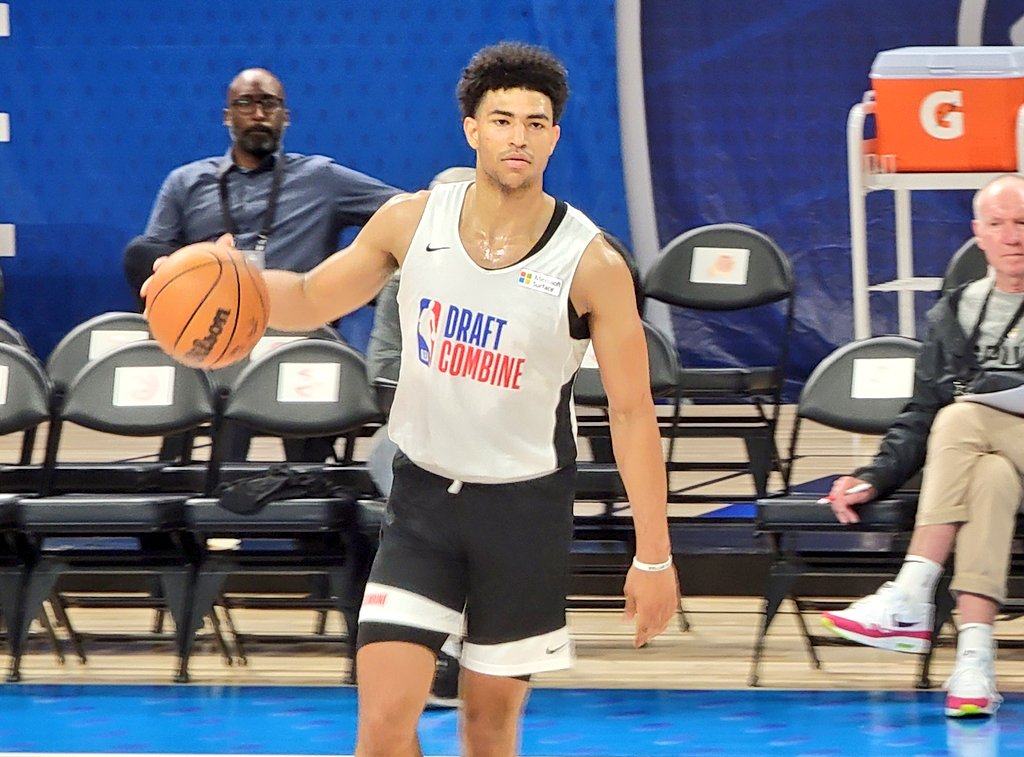 By ZACH SMART It hasn’t drawn too many headlines, but Quentin Grimes’ older half brother, Tyler Myers, is a 6-foot-8 defenseman for the Vancouver Canucks of the NHL. Grimes said on Thursday during a Zoom Interview at the NBA Draft Combine that producing two professional athletes would certainly be something for his mother, Tonja Selly, something to brag about.  Grimes is realizing a lifelong dream of being an NBA player after his best statistical season at Houston, where the 6-foot-5, 205-pound averaged 17.8 points and 5.7 boards and shot 40 percent from 3-point range en route to earning AAC co-Player of the Year honors.  Following a pedestrian freshman season at Kansas, Grimes got an immediate waiver to play Houston, the program at which he found his niche as a featured scorer and shot-maker. It was Grimes’ deep straight-away 3-pointer with 2:38 remaining that led Houston to a 63-60 win over Rutgers during the NCAA Tournament in the Midwest Second Round. Grimes’ 3-pointer, which came after he missed two free throws, capped off a 22-point performance (7-for-15 FG, 5-for-9 3FG, 3-for-6 FT) which helped stave off Rutgers’ comeback bid.  With NBA workouts under his belt, Grimes is now a projected second round target. He showed a deft touch and defensive instincts during a workout with the Boston Celtics, whose roster has several guards and wings but could benefit from 3-point shooting depth. Grimes could have appeal to the Detroit Pistons, which ranked 22nd in the league in both 3-pointers and 3-pointers made. Houston coach Kelvin Sampson often touched on Grimes’ machine-like work ethic this past season, noting that Grimes is always up for the extra work. This factor should help him adjust to the wear and tear of playing 82 games per season.  “You have to be a gym rat,” said Grimes on Thursday, citing that he believes shooting is the main area he could really contribute in at the NBA level.  The transition from Kansas to Houston appears to have provided more offensive freedom for Grimes, who was a Top-10 recruit nationally during his time at The Woodlands College Park High School in Woodlands, TX.  It’s clear that Grimes’ value in the catch-and-stick game and work rate are factors which could make him and Myers the only NBA/NHL brother tandem. “You can never be a good enough shooter,” Grimes said.  Photo: Jonathan Givony/ESPN Follow Zach Smart on Twitter Follow Adam Zagoria on Twitter And Like ZAGS on Facebook