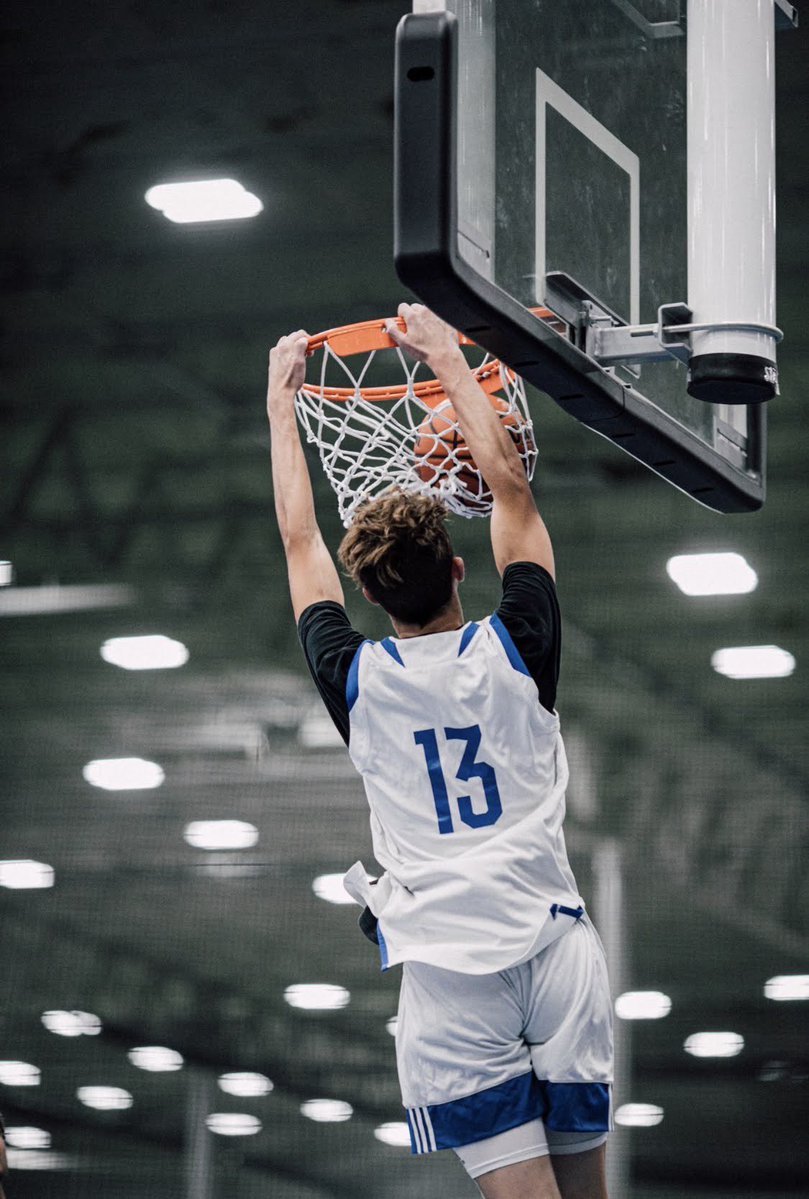 By ZACH SMART One year since making basketball a 12-month focus and subscribing to a rigorous workout regimen, Chambersburg, Pa. native Brant Byers has emerged as one of the country’s fastest rising prospects in the Class of 2024. Now at Scotland Campus (Pa.) and under legendary head coach Chris Chaney, Byers has realized his potential as a sharpshooting 6-foot-7 guard with a natural feel for the game and increasing explosiveness.  Maryland, Weber State, Bradley, Hofstra, and Southeastern Louisiana have all offered Byers. Hofstra, of course, recently tapped into the transfer market by signing Scotland Campus alum Darlinstone Dubar, an explosive 6-foot-6 wing via Iowa State.  “Development is the main ingredient with Brant,” explained Chaney’s assistant and Director of Player Development at the nationally ranked program, Sullivan Brown. “He has the size, but his skill set is going to place him among the best in the Class of 2024. He’s getting stronger and his confidence is reaching levels he didn’t know he had. His mental development and skill development are the most important aspects right now.” Byers’ mid-range game and ability to create space for his shot have been noteworthy facets of his game. Working relentlessly with Brown has also tightened up his handle, allowing him to score in one on one sequences and elude defenders on the drive. The transformation has been a rapid process for Byers, who is still in his first year playing against top-shelf competition.
With good elevation on his shot and a quicker release, the workload has helped Byers transfer into a focal point and develop an alpha mentality. At the same time, he’s become more powerfully vertically and proven he can get off the ground quickly and score it above the rim consistently. Byers’ 3-point shot and 3-point range, is the bedrock staple of his game. “He’s become an absolute sniper,” Brown said. “He can hit 3-pointers in clusters. The live period is where he is going to really show out.” Byers will play with DC-based New World this summer, the same program which featured Scotland Campus all time points and rebounds leader in Karim Coulibaly (Pittsburgh/St. Bonaventure). Follow Zach Smart on Twitter Follow Adam Zagoria on Twitter And Like ZAGS on Facebook