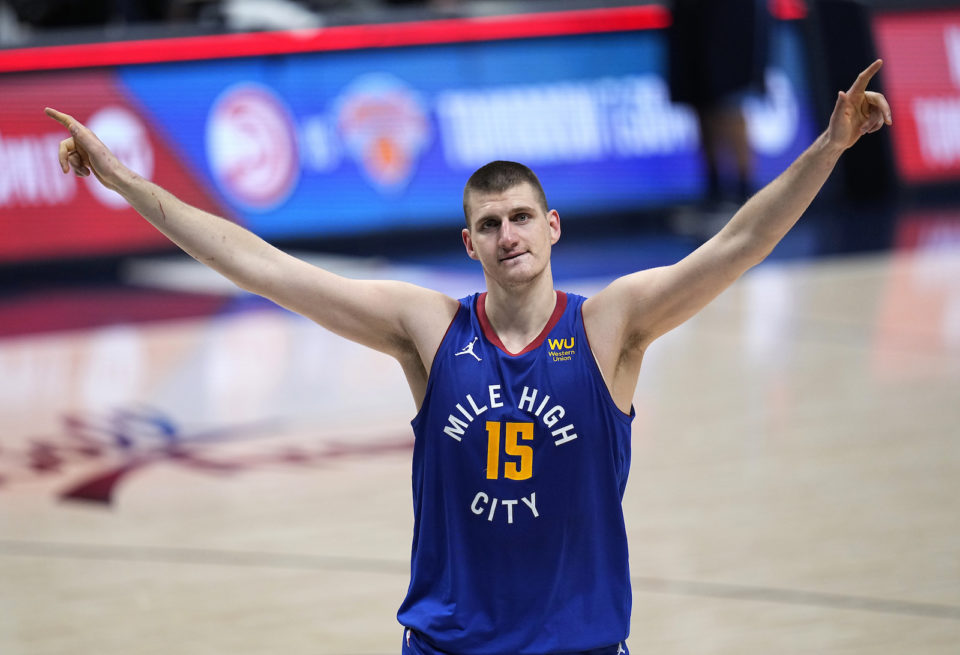 By JACOB POLACHECK Denver Nuggets center Nikola Jokić has been named the 2020-21 Kia NBA Most Valuable Player, the NBA announced Tuesday. He is the first player to earn the honor as a member of the Nuggets and the first player from Serbia to win the award. He is also the lowest-drafted player (41st overall in 2014 Draft) to be named NBA MVP with the exception of undrafted three-time MVP Moses Malone. Jokić earned 91 first-place votes and earned 971 total points from a gloabl panel of 100 sportswriters and broadcasters after averaging a career-high 26.4 points, 10.9 rebounds, a career-high 8.4 assists and 1.3 steals in 34.8 minutes. Philadelphia 76ers center Joel Embiid finished in second place with 586 points and Golden State Warriors guard Stephen Curry finished in third with 453 points. Players received 10 points for each first-place vote, seven points for each second-place vote, five points for each third-place vote, three points for each fourth-place vote and one point for each fifth-place vote.  He appeared in all 72 games, helping lead the Nuggets to a 47-25 record, giving them the No. 3 seed in the Western Conference for the 2021 NBA playoffs. Jokić is the third player in NBA history to average at least 26.0 points, 10.0 rebounds and 8.0 assists in a season, joining Oscar Robertson and Russell Westbrook.  He joins Dirk Nowitzki (Germany) and Giannis Antetokounmpo (Greece) as the third MVP winner from Europe. Follow Jacob Polacheck on Twitter Follow Adam Zagoria on Twitter Follow ZAGSBLOGHoops on Instagram And Like ZAGS on Facebook