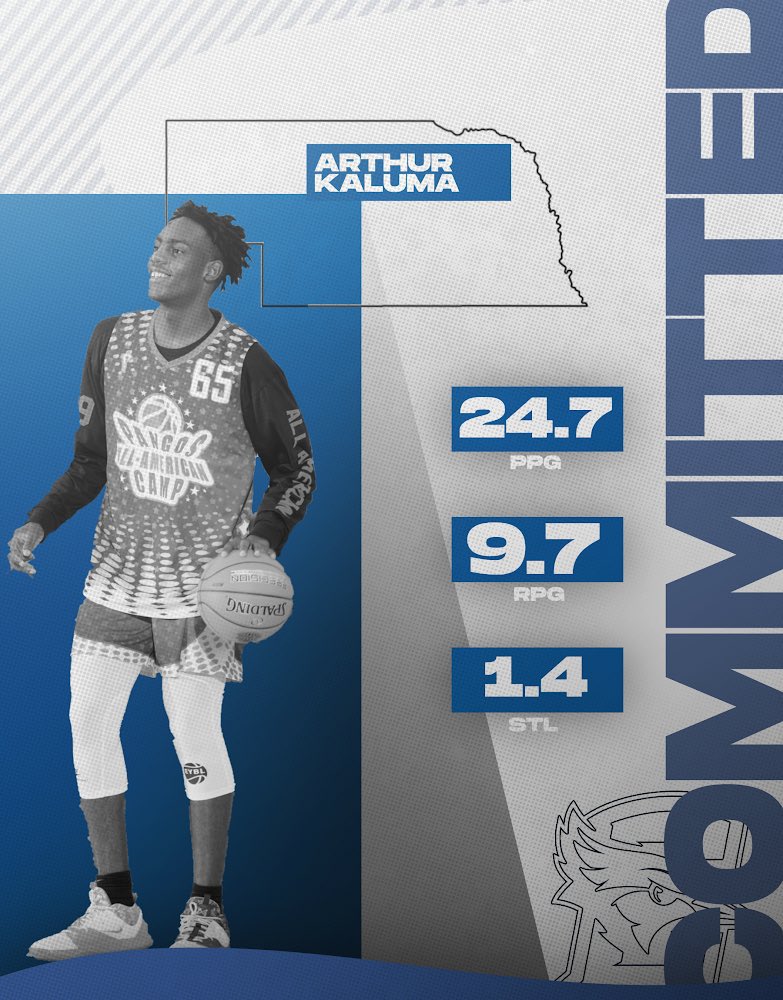 By RYAN McMULLEN Arthur Kaluma, the 6-foot-8 forward from Dream City Christian (AZ), committed to Creighton on Sunday evening. Kaluma chose the Blue Jays over Arizona, Syracuse, and Washington. He was originally committed to UNLV before receiving a release in April. “Arthur Kaluma is a 6’8 versatile, skilled player that can play multiple positions,” Dream City Christian head coach Kyle Weaver told ZAGSBLOG. “His skill set is unlike many players at 6-foot-8. He loves to work and crashes the glass like no one I’ve ever seen. He’s a walking double double night in and night out. He can shoot the ball and can take you off the dribble and get to the rim. His shooting has been most improved and this season he’s averaging 2.8 threes a game. He’s a great kid and only going to continue to get better because of his work ethic.” According to 247Sports, Kaluma is ranked as the No. 45 prospect in 2021 and is the No. 3 player in Arizona. He will team up with four-stars Ryan Nembhard and Mason Miller, along with three-star John Christofilis. Follow Ryan on Twitter Follow Adam Zagoria on Twitter Follow ZAGSBLOGHoops on Instagram And Like ZAGS on Facebook