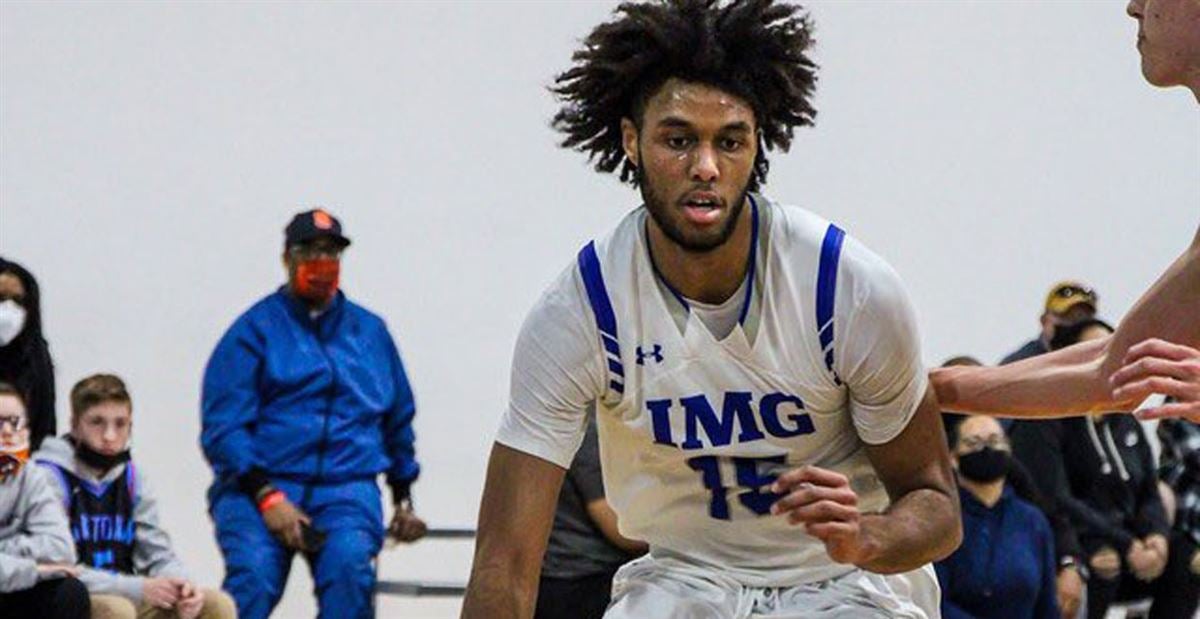 By ADAM ZAGORIA Efton Reid is on the clock. The 7-foot, 235-pound center from Richmond, VA and IMG Academy will announce his college choice on Friday.. According to 247Sports.com Reid is ranked as the No. 3 center and No. 24 overall player in the Class of 2021. LSU, Florida State and Pittsburgh are among the leaders for Reid, but he also holds offers from Michigan, Rutgers, Louisville, Ohio State, Virginia, Georgetown, N.C. State, Kansas and North Carolina, among others. “Efton is a super skilled big that is capable of scoring on the block and stepping out and making jump shots,” IMG postgraduate coach Chad Myers said. “He does a great job of making good decisions with the basketball both on the block and the perimeter. He has done a great job this year of gaining strength and athleticism while honing these skills at IMG. Efton will be able to step in right away and make an immediate impact at the next level. He averaged about 16 points and 11 rebounds this past season. Reid was named first-team VISAA Division II as a junior, posting averages of 19 points, 12 rebounds, two blocks and two assists per game. Photo: 247Sports.com Follow Adam Zagoria on Twitter Follow ZAGSBLOGHoops on Instagram And Like ZAGS on Facebook

Chris Livingston is Akron's best basketball prospect since LeBron James, but he isn't rushing to a decision on his future