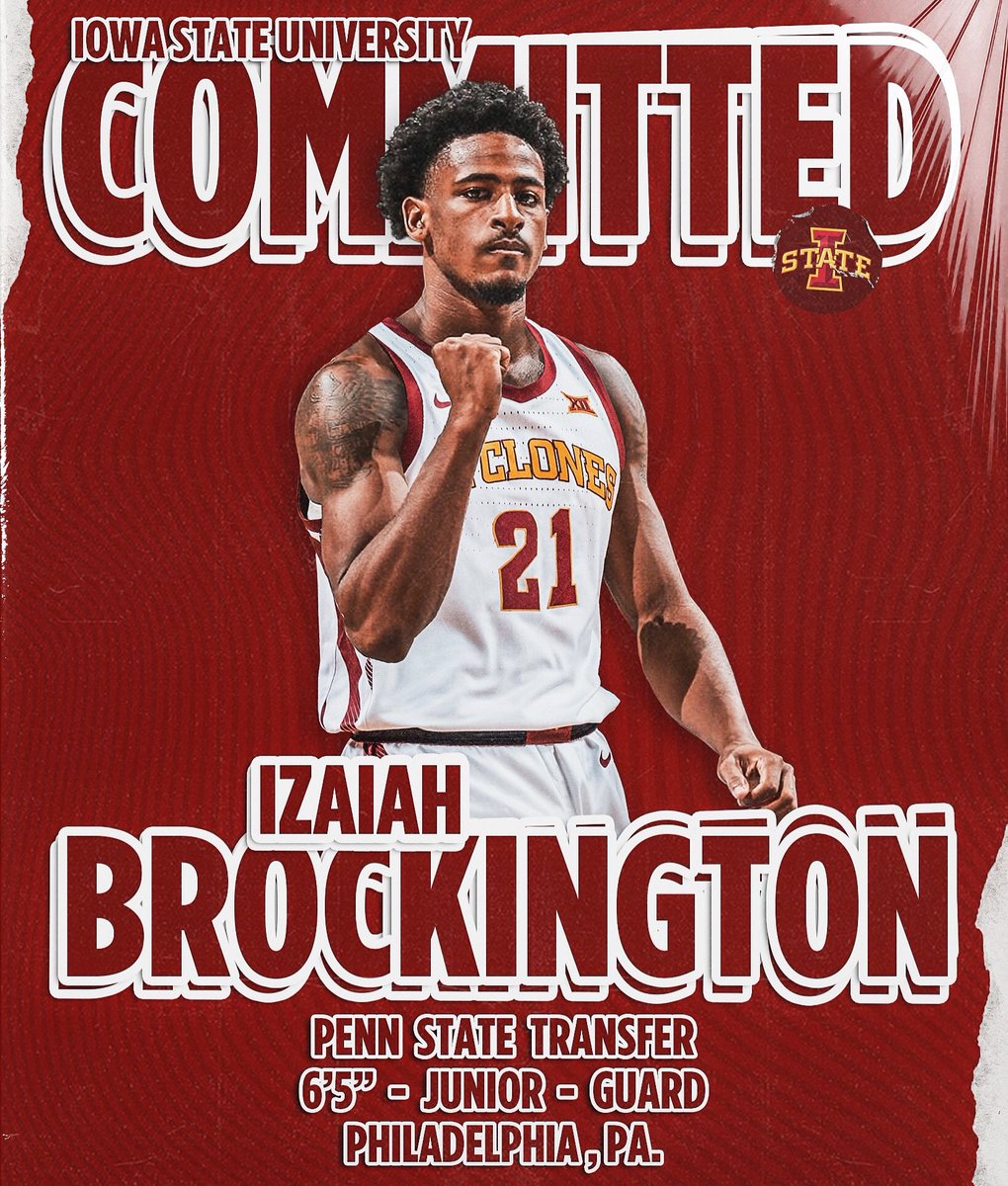 By ADAM ZAGORIA Iowa State landed a pledge from Penn State transfer Izaiah Brockington. He also considered Arkansas, BYU and Wake Forest. “Coach T.J. [Otzelberger] and the staff did an amazing job recruiting me, and I felt as though the roster they’ve built over there is ready to win,” he said. “I’m excited to get over there and get to work with the guys because we have the potential to make some serious noise this season.” The 6-foot-4 junior averaged 12.6 points and 4.9 rebounds last season for the Nittany Lions. He will have up to two years of eligibility remaining. Brockington joins guards Gabe Kalscheur (Minnesota) and Caleb Grill (UNLV), forwards Tristan Enaruna (Kansas) and Ajjac Kunc (Washingtom State), and post player Robert Jones (Denver) as players who have transferred to Otzelberger’s program. Follow Adam Zagoria on Twitter Follow ZAGSBLOGHoops on Instagram And Like ZAGS on Facebook