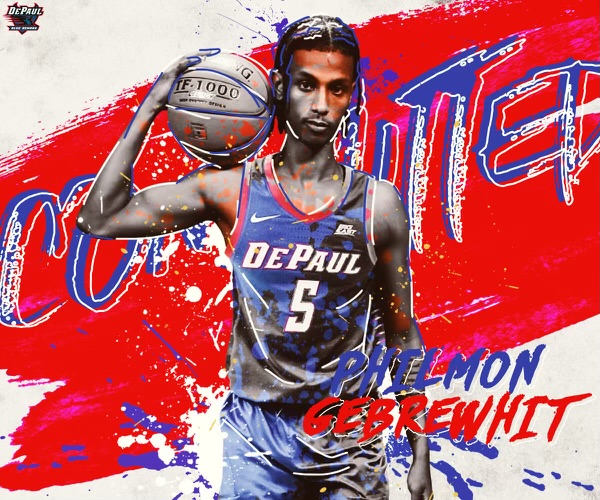 By ADAM ZAGORIA Philmon Gebrewhit, the 6-foot-7, 190-pound small forward from South Plains (TX) Community College, committed to DePaul, he told ZAGSBLOG. Ranked the No. 94 small forward in the Class of 2018 out of Plymouth (NH) Holderness School, he averaged 11.6 points and 3.8 rebounds while shooting 41 percent from deep as a sophomore. “I choose DePaul because of the opportunity,” he said. “Coach Stubblefield is a proven winner and developer. I’m excited to get on campus and get Wintrust Arena rocking again, we are going to make some noise. “Coach Stubblefield played a big role in my commitment.He made me feel comfortable and everything felt real and genuine and I respect that. I respect what he’s trying to build and I’m ready to be apart of it and get it rocking again.” Gebrewhit will join a DePaul roster under new coach Tony Stubblefield that has seen several players transfer out but this week kept big man Nick Ongenda. DePaul also adds point guard Brett Hardt Jr., shooting guard Ahamad Bynum and small forward Kok Yat in the 2021 class. Follow Adam Zagoria on Twitter Follow ZAGSBLOGHoops on Instagram And Like ZAGS on Facebook