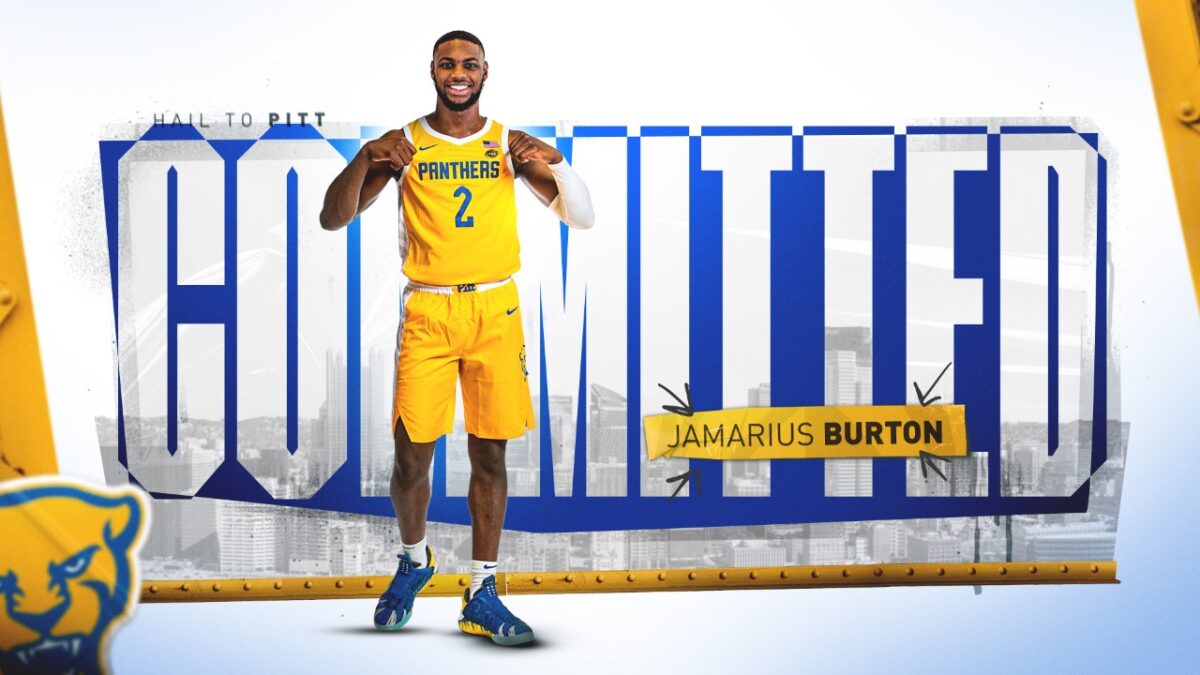 Pitt continued its roster overhaul with the addition of Texas Tech transfer Jamarius Burton Friday afternoon. The 6-foot-4 guard averaged 4.3 points, 1.8 rebounds and 1.3 assists in 19.0 minutes per game over 23 contests (four starts) last season at Texas Tech. “Jamarius is a gritty, hard-nosed guard with the strength and athleticism to impact the game on both ends of the floor,” said head coach Jeff Capel. “With his size, versatility and toughness, he fits in nicely with the roster we are building. He has the ability to provide veteran leadership and we are excited about the winning mentality he brings to the program.” Burton began his career at Wichita State where he averaged 10.3 points, 3.5 rebounds and 3.4 assists per game, while shooting 38 percent from three-point range for the Shockers, as a sophomore during the 2019-20 season. Burton is averaging 7.0 points, 3.0 rebounds and 2.8 assists per game over 90 career contests (56 starts) at Wichita State and Texas Tech. He will have two years of eligibility remaining for the Panthers. Pitt could return four of its top six scorers from a season ago pending AP Honorable Mention All-America selection Justin Champagnie’s decision to remain in the 2021 NBA Draft or return to the Panthers for his junior season. Champagnie was the only major conference player in the NCAA to average a double-double last season after posting 18.0 points and 11.1 rebounds per game. The backcourt trio of Ithiel Horton (8.9 ppg. – 43 3FG), Nike Sibande (6.9 ppg. – .436 3FG PCT) and Femi Odukale (6.6 ppg., 2.5 rpg., 2.2 apg.) is also set to return along with promising sophomores Will Jeffress, Noah Collier and Max Amadasun. Burton is the second transfer the Panthers have added to the roster joining forward Dan Oladapo out of Oakland. Pitt also added NEPSAC standout Nate Santos during the spring signing period. (Release via Pitt) Follow Adam Zagoria on Twitter Follow ZAGSBLOGHoops on Instagram And Like ZAGS on Facebook