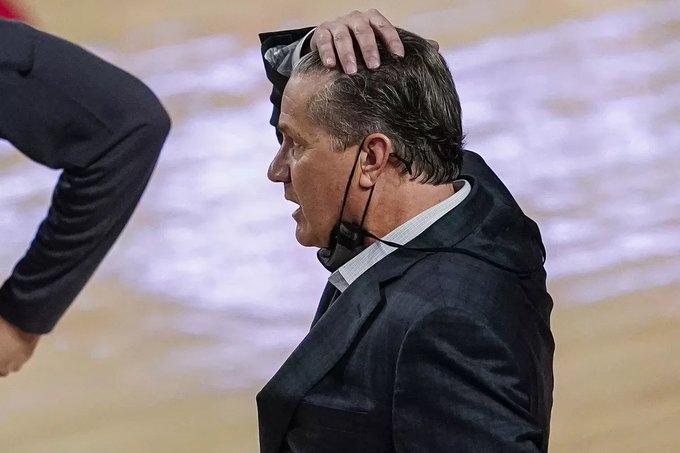 By JACOB POLACHECK Despite bringing in the nation’s No. 7-ranked recruiting class in 2021, John Calipari and the Kentucky Wildcats may be shut out of next year’s NBA Draft. As first reported by 247Sports.com, Kentucky has zero projected draft picks in ESPN’s latest 2022 NBA Mock Draft. Since 2010, Calipari and Kentucky have produced multiple draft picks and multiple first round picks every year. This includes seven lottery picks. The 2021 NBA Draft is expected to see another UK player selected early with freshman center Isaiah Jackson projected to land in the lottery. The Wildcats are expected to bring in a number of new additions for the 2021-22 season, including five-star forward Daimion Collins, four-star forward Bryce Hopkins and four-star guard Nolan Hickman. Kentucky is also set to bring in former West Virginia big man Oscar Tshiebwe and Davidson grad transfer Kellan Grady through the transfer portal. However, the Wildcats still have an opportunity to bring in a projected 2022 lottery pick in four-star point guard TyTy Washington. The 6-foot-3, 185-pound point guard out of Compass Prep (AZ), recently included Kentucky among his final six schools. Washington is projected to land with the Charlotte Hornets as the No. 13 overall pick in the 2022 Draft. Follow Jacob Polacheck on Twitter Follow Adam Zagoria on Twitter Follow ZAGSBLOGHoops on Instagram And Like ZAGS on Facebook