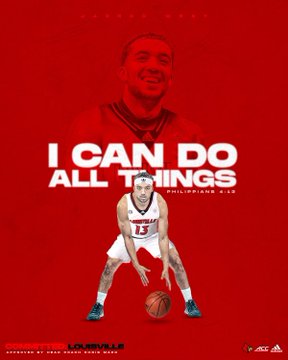 By JACOB POLACHECK Marshall grad transfer Jarrod West has committed to Louisville, he announced Wednesday via Twitter. “Coach [Chris] Mack was very consistent in his recruiting and made it clear their interest in me,” West said in an interview with ZAGSBLOG Wednesday. “Obviously Louisville has an amazing tradition and history and coach Mack is a great coach who has been successful at multiple school.” The 5-foot-11, 181-pound point guard out of Clarksburg, WV, averaged 12.5 points, 3.5 rebounds, 6.0 assists and 2.5 steals per game during the 2020-21 season, earning Second Team All-Conference USA honors. “They feel like they have a team that can compete for championships and at the end of the day that’s what I want to do,” West said. He was also named to the Conference USA All-Defensive Team and the All-Academic Team. West chose Louisville over Pittsburgh and Ohio State, joining Miami transfer Matt Cross, JUCO guard Elbert Ellis and four-star prospects Roosevelt Wheeler and Michael James in the Cardinals’ 2021 recruiting class. “I’m a good shooter and ball handler,” West said. “Someone who can run the pick-and-roll at a high level and someone who can defend at a high level. “I’m a hard worker, leader, and at the end of the day, I’m a winner.” This story has been updated. Follow Jacob Polacheck on Twitter Follow Adam Zagoria on Twitter Follow ZAGSBLOGHoops on Instagram And Like ZAGS on Facebook