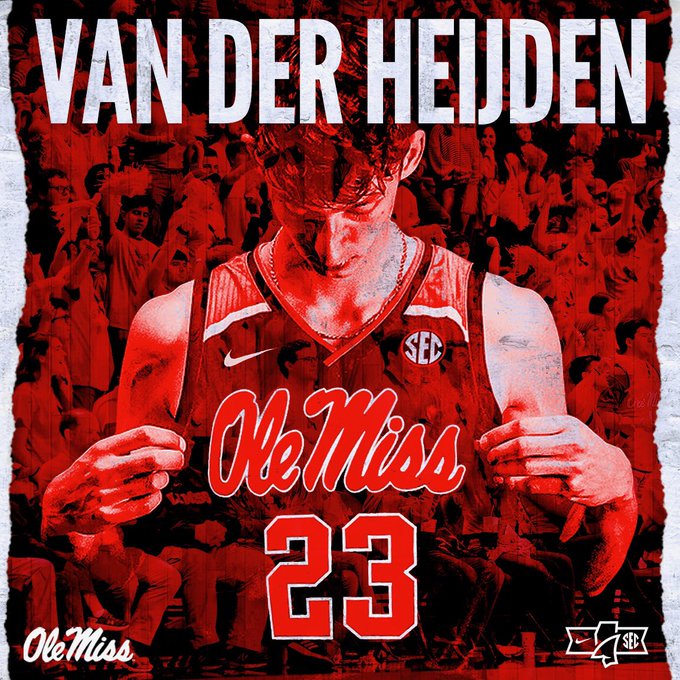 By JACOB POLACHECK Just two days after de-committing from Louisville, three-star forward Eric Van Der Heijden has made his college choice, committing to Ole Miss on Monday. “Right after I de-committed, Ole Miss was the first school to call,” Van Der Heijden told ZAGSBLOG Monday. “Right away, I knew I had a home. It was just a matter of time after talking with their head coach and assistant coach. I knew it was the place for me.” He chose Ole Miss over offers from Appalachian State, Boston College, Cincinnati, Clemson, East Carolina, George Washington, Iowa, Marquette, Maryland, Nebraska, Old Dominion, Providence and Texas, among others. Van Der Heijden noted the ‘family feel’ of Ole Miss as a deciding factor in his commitment. “How much I care about those guys and everything they’re doing to win and get back on the map,” Van Der Heijden said. “I feel like I can help them out a lot and they can help me out a lot to become one of the toughest players in the SEC.” Van Der Heijden, the 6-foot-9, 205-pound power forward from Millbrook (NC) High School, joins four-star guard Daeshun Ruffin and three-star guards James White and Grant Slatten as the fourth commit in the Rebels’ 2021 recruiting class. “I haven’t talked to any of those guys yet because it happened so fast,” Van Der Heijden said. “I’ve played against Daeshun before and I think he’s the quickest guard in the class. I’m pretty excited to play with him because I know he’s obviously good.” Ranked by 247Sports.com as the No. 34 power forward in the Class of 2021, Van Der Heijden says he ‘can do a little bit of everything’. “My main thing is shooting and passing,” he said. “I averaged 43 or 44 percent from three last year and 4-5 assists. I bring length to the table, good defense and can get it done at both ends.” Follow Jacob Polacheck on Twitter Follow Adam Zagoria on Twitter Follow ZAGSBLOGHoops on Instagram And Like ZAGS on Facebook