UConn women's coach Geno Auriemma tests positive for COVID-19, will be away from No. 1 Huskies until March 24 | Zagsblog
Follow @adamzagoria

UConn women’s coach Geno Auriemma tests positive for COVID-19, will be away from No. 1 Huskies until March 24 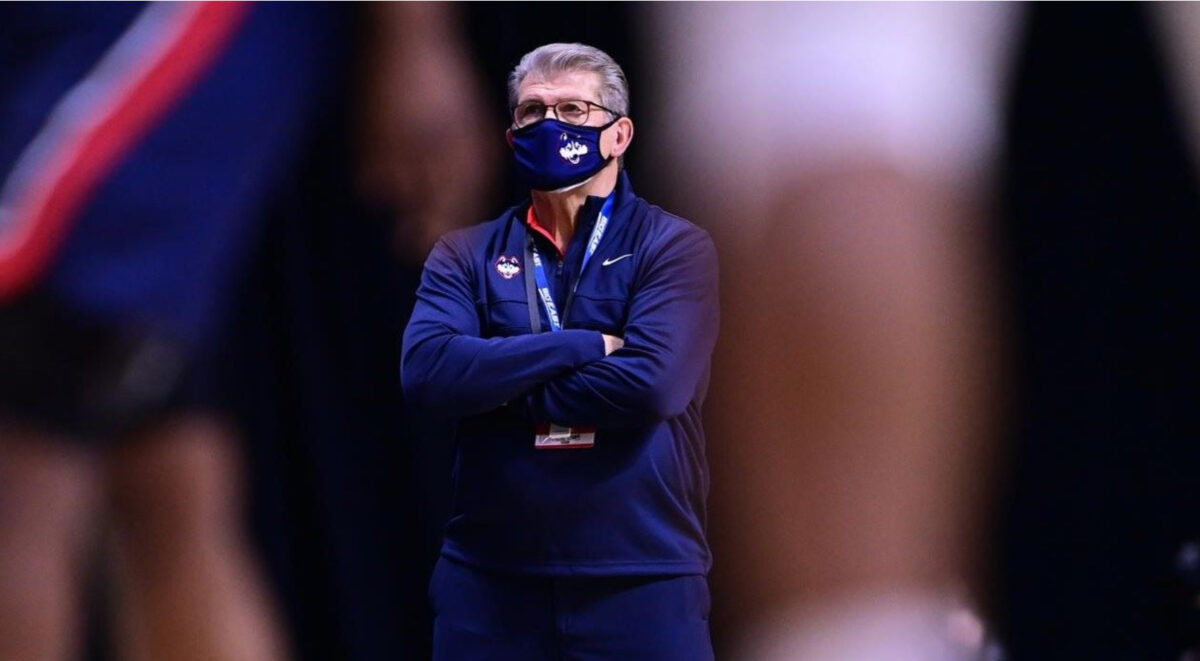 UConn announced head women’s basketball coach Geno Auriemma tested positive for COVID-19 on Sunday  The Hall of Famer is isolating at his home and is not experiencing any symptoms. Contact tracing protocols revealed that Auriemma did not have close contact with any other team member since Friday, March 12. All Tier I personnel have tested negative for COVID-19 since daily testing commenced, per NCAA Tournament protocol, on Tuesday, March 9. The Huskies are scheduled to depart campus for San Antonio on Tuesday morning. According to CDC and Connecticut Department of Public Health guidelines, Auriemma will remain in isolation for 10 days and can rejoin the team on March 24. The school did not announce its coaching plans but Chris Dailey has been the associate head coach for 35 years. Auriemma, 66, has led UConn to 11 NCAA championships, the most all-time. The Huskies (24-1) are ranked No. 1 in the AP Poll. “After we received notification of the positive test result yesterday, we initiated contact tracing protocols, which included interviewing individual members of the basketball program and in-depth video analysis of practice,” director of sports medicine and head team physician Deena Casiero said.  “Only household close contacts were identified. Given the fact that we have been doing daily testing for the past seven days, we feel confident that we were able to catch this very early on in the disease process. The remainder of Tier I tested negative yesterday and today.” Auriemma received a second dose of the COVID-19 vaccine on March 10. According to CDC guidelines, he remains nine-days shy of becoming fully vaccinated. “I’m feeling well but disappointed that I will be away from the team for the next several days,” Auriemma said. “Fortunately, I have a great coaching staff who will lead us during my absence. This revelation is a reminder that, while there is a light at the end of the tunnel, we are not on the other side of this pandemic yet. The full effect of vaccines does not occur until 14 days after our last vaccine dose, and for those of us getting two-dose vaccine, that means we’re not in the clear after just one-dose. My team and I need to remain vigilant in the areas of mask-wearing and social distancing as we continue this fight against COVID.” (Release/photo via UConn) Follow Adam Zagoria on Twitter Follow ZAGSBLOGHoops on Instagram And Like ZAGS on Facebook