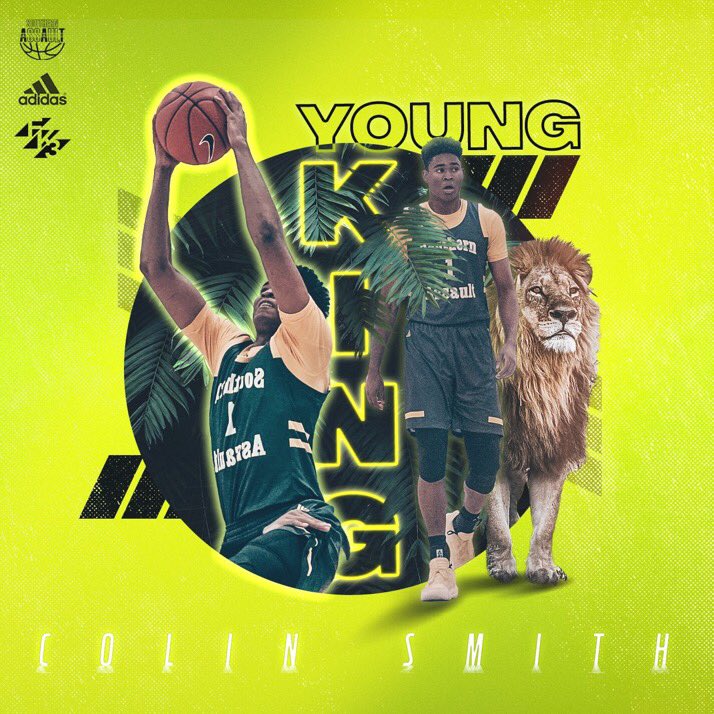 BY JAKE LIEBERMAN Class of 2022 forward Colin Smith has firmly placed himself in the conversation as a top-100 prospect in the nation. The 6-foot-8, 200-pound power forward from St. Mark’s (TX) School, says he’s still a long way from a college decision. “I probably won’t cut list until this summer and may commit before next season if I’m able to take visits,” he said. Smith holds offers from Michigan, Baylor, Kansas, Texas, Tennessee, Stanford, Auburn and Illinois, among others. “Virginia and Georgia are the newest programs to enter the mix,” he said. Smith says he’s hoping to visit Michigan, Auburn, Arkansas, Illinois, Kansas, Minnesota, Tennessee, North Carolina, Vanderbilt, and Virginia. “They all are alike in many ways,” he said. “They run similar offenses and allow my position to show it’s versatility.” Ranked by 247Sports.com as the No. 23 power forward and No. 108 overall prospect in the Class of 2022, Smith can play multiple positions on the court. “My strength is my versatility and flexibility on both ends of the court,” he said. “I could improve coming off screens more. That is something I incorporated during the season.” This story has been updated. Follow Jake Lieberman on Twitter Follow Adam Zagoria on Twitter Follow ZAGSBLOGHoops on Instagram And Like ZAGS on Facebook