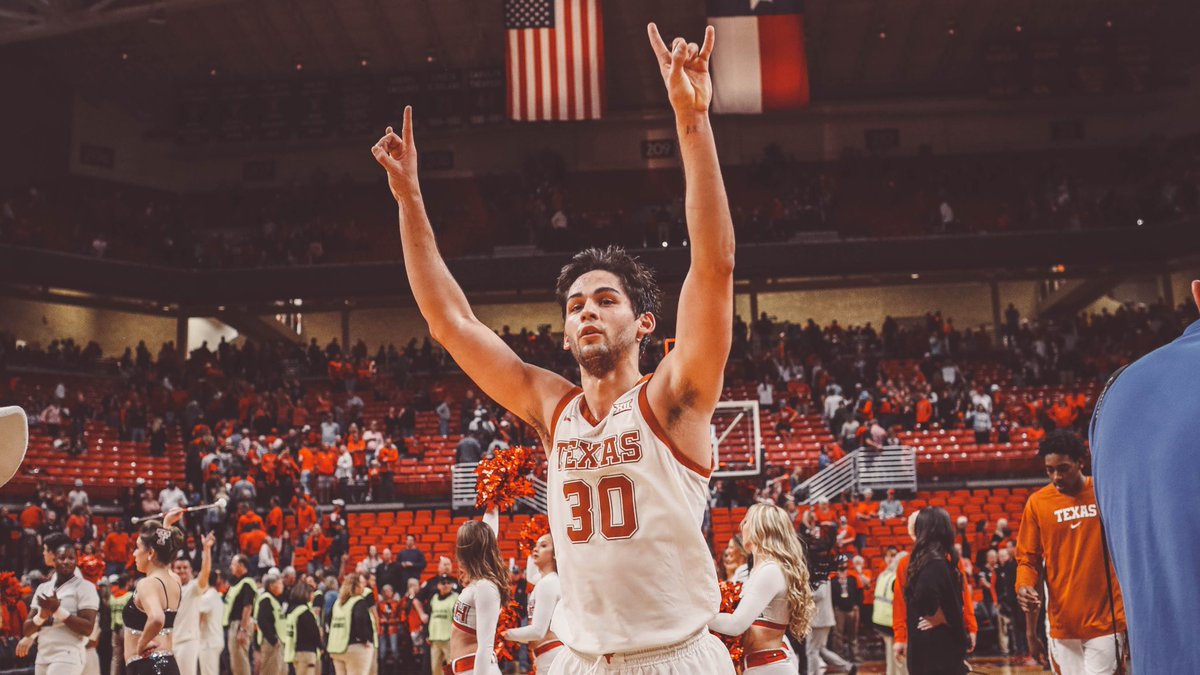 By ADAM ZAGORIA Texas sophomore forward Brock Cunningham tested positive for COVID-19 and because sophomore forward Kai Jones and freshman forward Greg Brown worked out with him, they will have to quarantine for 7-10 days and will likely miss the team’s next two games, multiple sources told ZAGSBLOG. Both Jones and Brown tested negative. The 6-foot-5 Cunningham is reserve averaging 1.9 points and 3.4 rebounds. The 6-9 Brown, one of the top freshmen in the country and a projected first-round NBA Draft pick, is averaging 11.8 points and 8.0 rebounds. And the 6-11 Jones is an NBA prospect averaging 8.5 points and 4.8 rebounds. Without the trio on Saturday, junior forward Kamaka Hepa scored 15 points as the No. 4 Longhorns rebounded from their first Big 12 loss of the season by beating Kansas State 82-67. With the emergence of Brown, Hepa initially planned to redshirt this season. “Then the NCAA just said this would be a free year for everybody,” Hepa said. “That’s the way a team is supposed to be,” Texas coach Shaka Smart said. “We knew with those three guys out, we’d need contributions from guys who haven’t played much … The more guys you have with a passion for each other, the more success you’re going to have.” Smart said Brown, Jones and Cunningham would not play in the next scheduled game against Iowa State on Wednesday. The status of that game is uncertain as Iowa State had its Saturday matchup with Kansas postponed because of COVID-19 problems within the Cyclones program. Texas’ next game after Wednesday is at TCU on Saturday. (The AP contributed reporting) Follow Adam Zagoria on Twitter Follow ZAGSBLOGHoops on Instagram And Like ZAGS on Facebook