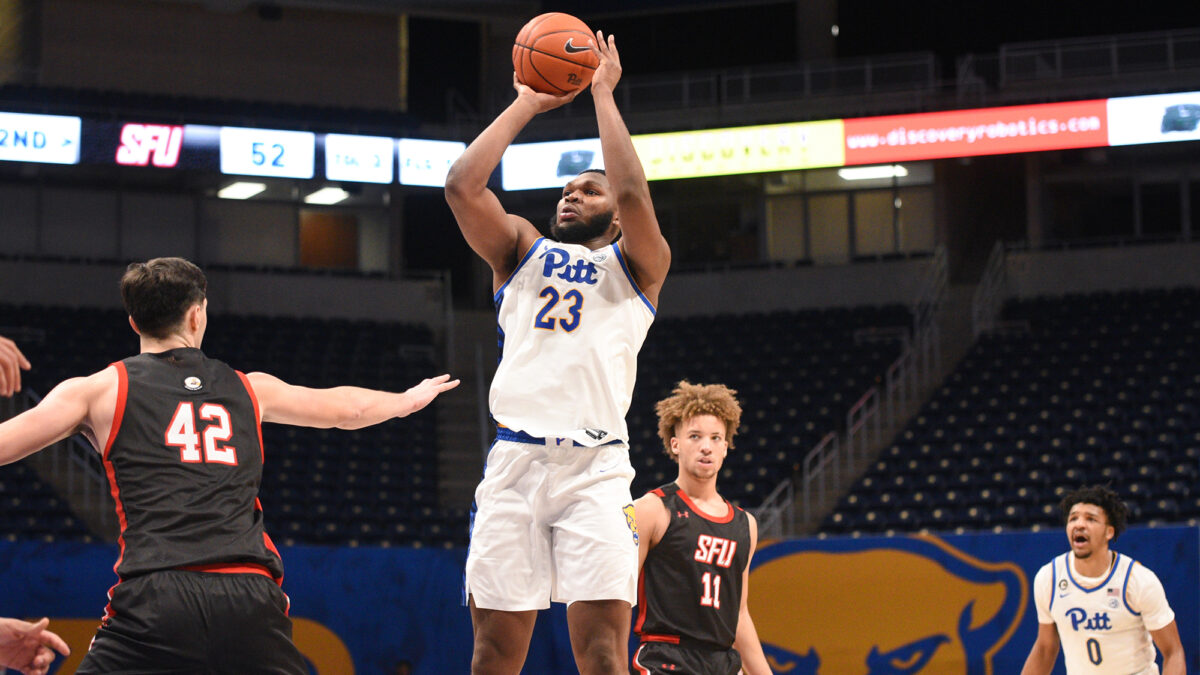 By JACOB POLACHECK Pittsburgh freshman forward John Hugley has been suspended indefinitely Friday for ‘disciplinary reasons’, school officials announced Friday. The announcement comes just one day after Hugley was been charged with two felony counts of criminal conspiracy and one felony count of receiving stolen property, according to court documents obtained by the Pittsburgh Gazette. According to court documents, the alleged crime was committed on July 19, 2020.  The 6-foot-9, 240-pound freshman from Cleveland, OH, has appeared in seven games this season and has averaged 5.1 points and 4.3 rebounds per game. He missed Pitt’s road win over Syracuse on Jan. 6 due to COVID-19 protocols. Pitt (6-2 overall) is set to host Syracuse on Saturday. Photo: Pittsburgh Men’s Basketball Follow Jacob Polacheck on Twitter Follow Adam Zagoria on Twitter Follow ZAGSBLOGHoops on Instagram And Like ZAGS on Facebook