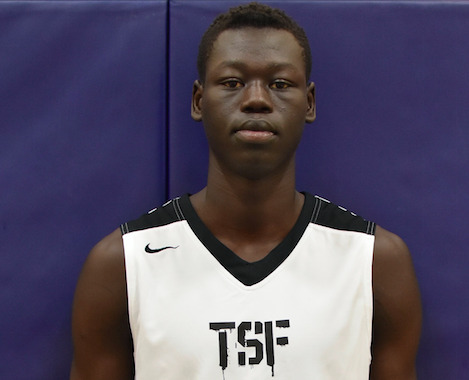 St. John’s announced on Sunday the signing of Esahia Nyiwe, a 6-foot-10 former junior college standout, who will join the Red Storm after he enrolls at the University for the spring semester. “We are very excited to welcome Esahia to the St. John’s basketball family,” said St. John’s Head Coach Mike Anderson. “His elite athleticism and length should translate well to this level and our style of play.” A top-50 prospect for his position according to 247Sports, Nyiwe enrolled at Texas Tech over the summer but left the school prior to the start of the season.  St. John’s will attempt to secure a legislative relief waiver from the NCAA that would make Nyiwe immediately eligible.  Nyiwe, a native South Sudan who attended Omaha Northwest High School after growing up in Ethiopia, played last season for Clarendon College, leading the Bulldogs to a 29-3 record and a no. 3 seed in the NJCAA Division I National Tournament.  He averaged 8.1 points and 8.0 rebounds per game, shooting 67.2 percent from the floor and recording 2.3 blocks per game.  His 64 blocks on the seasons were good enough for the 18th highest total in all of NJCAA Division I.  Nyiwe transferred to Clarendon after spending his freshman year at Iowa Western Community College near his hometown of Omaha.  He saw limited time for Reivers squad that went 21-9, averaging 2.7 points and 3.7 rebounds in just 8.0 minutes per outing.  (Release via St. John’s) Follow Adam Zagoria on Twitter Follow ZAGSBLOGHoops on Instagram And Like ZAGS on Facebook