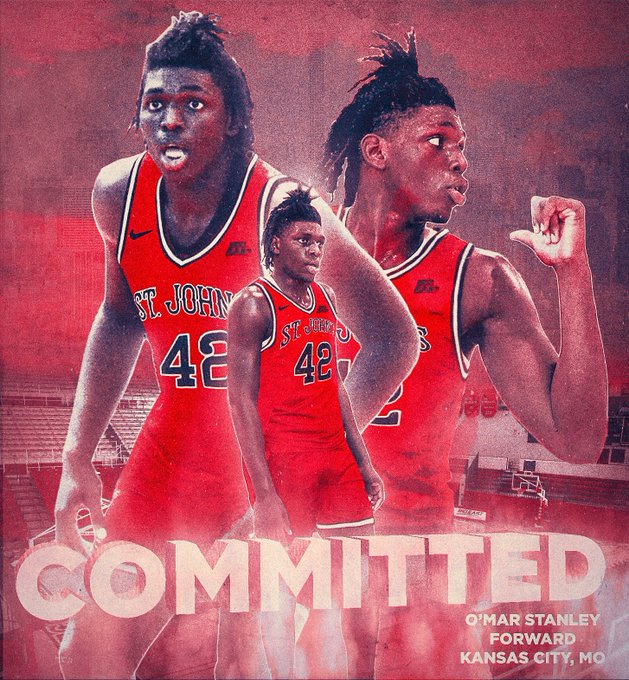 By ADAM ZAGORIA On the eve of the NCAA Early Signing Period, St. John’s has landed a commitment from O’Mar Stanley, a 6-foot-8, 240-pound forward from Link Year Prep (MO). Ranked the No. 44 center in 2021 per 247Sports.com, Stanley also held offers from Ole Miss, Southeast Missouri State, Milwaukee, UNC-Greensboro, Tulsa, and Austin Peay. He plans to sign his NLI on Wednesday, the first day of the NCAA early signing period. “Just the family and relationship part of it really intrigued me,” he said by text of why he chose St. John’s. “They also emphasized player development and I couldn’t turn that down. I will bring hard work and rim-running and versatility.” One source called him a “tough, physical forward who scores around the hoop and rebounds it. He can hit an occasional 3.” He joins Long Island Lutheran small forward Drissa Traore and point guard Rafael Pinzon in St. John’s 2021 class.