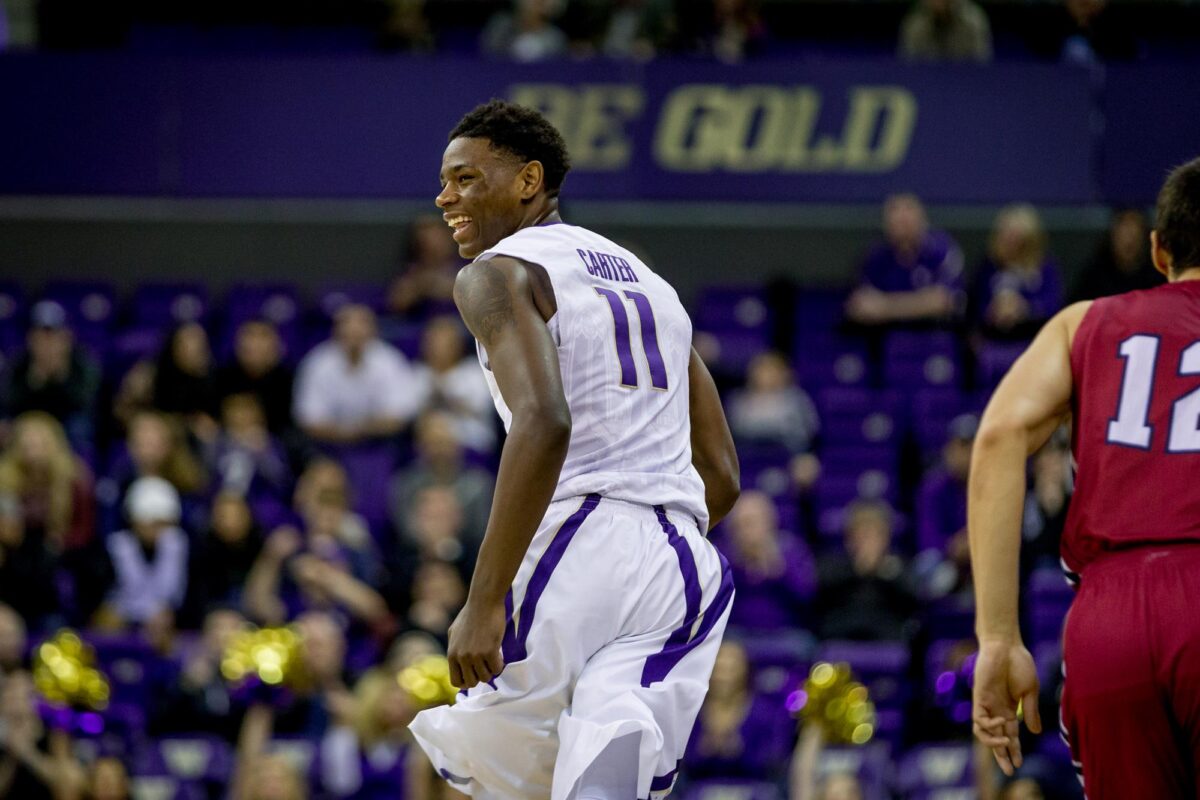 ❤️❤️❤️ thank you so much to @Coach_Hopkins for believing in my son and bringing him all the way to Seattle! This is bitter sweet, however, we look forward to the new adventure! #godawgs https://t.co/qjLshhoR7G

The 6-foot-6, 205-pound shooting guard from Rochester, N.Y. is the nephew of rapper Jay-Z. Last season, Carter averaged 12.2 points and 4.9 rebounds last season while starting 31 of 32 games.  “Earlier this week, Nahziah and I spoke to discuss his status as a member of our men’s basketball program,” Washington head coach Mike Hopkins said in a press release Friday. “In that conversation, he informed me that he will be leaving to pursue a professional basketball career. I am in agreement that this step forward can provide an opportunity for Nahziah’s growth and development.” The team announced on October 15 that Carter had been suspended from all team activities after violating the school’s Intercollegiate Athletics student code of conduct. Without Carter, Washington has started the season with an 0-3 record (0-1 Pac-12). Photo: University of Washington Athletics Follow Jacob Polacheck on Twitter Follow Adam Zagoria on Twitter Follow ZAGSBLOGHoops on Instagram And Like ZAGS on Facebook