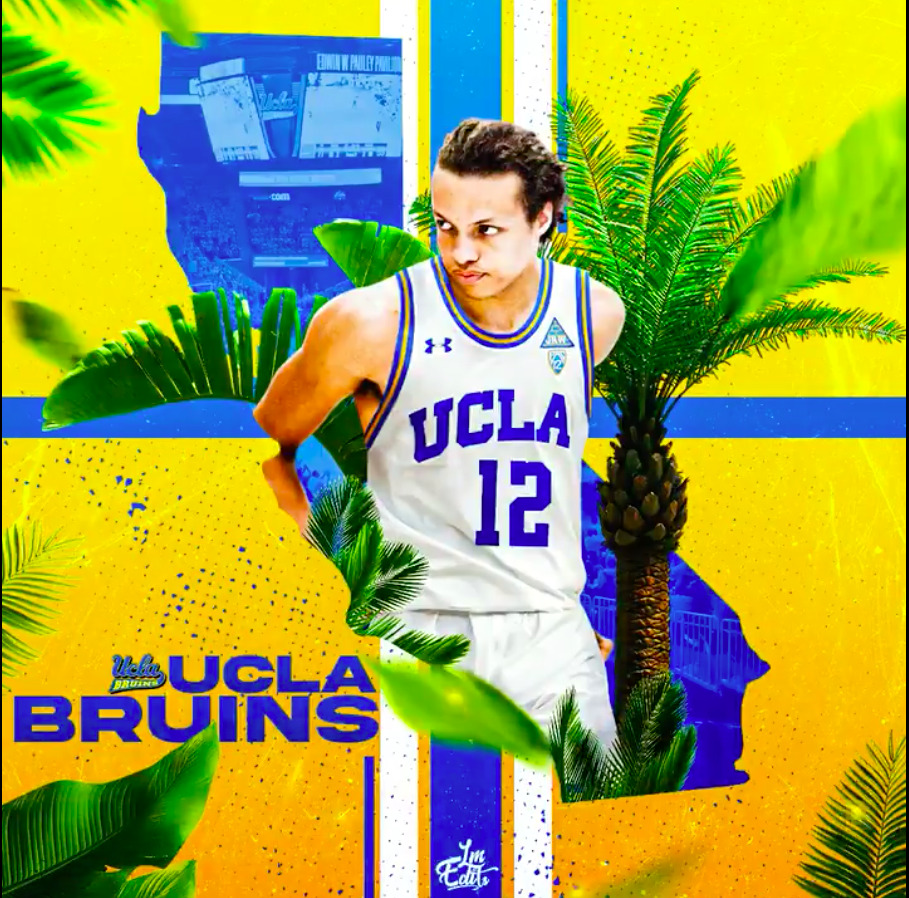 By JACOB POLACHECK Class of 2021 big Mac Etienne has committed to UCLA, he announced Monday via Twitter. The 6-foot-10, 220-pound center from Brewster (NH) Academy and the PSA Cardinals AAU program chose UCLA over Illinois, Marquette and Miami. “Mac plays with a determination that you rarely see in kids today,” PSA Cardinals coach Kamau Joyner said. “Passion, Power, Aggressiveness and an ever expanding offensive game are just some of the things you will see when he takes the floor. “He truly looks to dominate his opponent on both the offensive & Defensive sides of the ball,” he said. “He will be an impact freshman in the Pac-12 from Day 1.” Said Brewster coach Jason Smith: “Very happy for Micawber, his family, and the PSA Cardinals program on his decision to commit to UCLA. He’s a special young man with tremendous leadership potential. Considerable upside and will be able to help resurrect the storied UCLA program under the leadership of Coach [Mick] Cronin.“ Ranked by 247Sports.com as the No. 7 center and No. 41 overall prospect in the Class of 2021, Etienne joins five-star forward Peyton Watson and four-star guard Will McClendon in UCLA’s 2021 recruiting class. “UCLA has a rich history and is known for producing NBA players. I have a great relationship with the coaching staff and I could see a great fit with the program,” Etienne told StockRisers earlier this month. Follow Jacob Polacheck on Twitter Follow Adam Zagoria on Twitter Follow ZAGSBLOGHoops on Instagram And Like ZAGS on Facebook