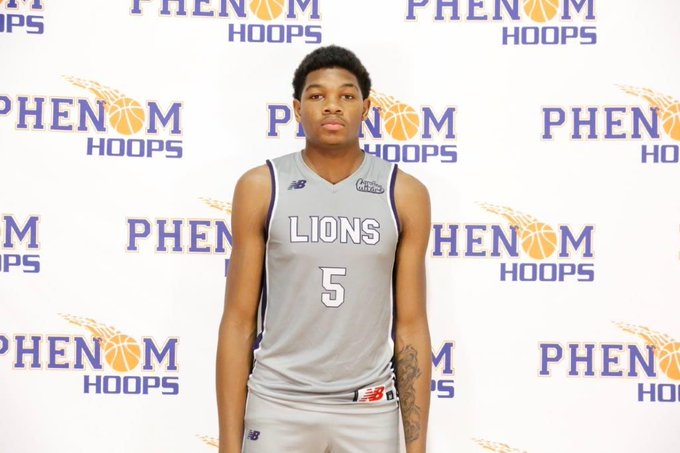 By JACOB POLACHECK Class of 2022 center Brandon White says that North Carolina is in contact the most. “They call me almost every week,” he said in a phone interview Sunday evening. “They call every Thursday or Friday around 3 p.m.” “I like the way they develop their bigs. They’ve had multiple guys go to the draft. Most of their bigs either go overseas or are drafted.” North Carolina is yet to extend an offer to White, but he says he expects one eventually. “They’re just trying to be patient and give it a little more time,” he said. “They already said they would, so I’m just waiting.” The 6-foot-10, 205-pound center from Winston Salem (NC) Christian School, currently holds offers from Maryland, Tulsa, Texas A&M, South Florida, Eastern Carolina, Western Kentucky and Virginia Tech. White met with Wake Forest staff by Zoom Sunday evening. “That was my first time on a Zoom call with a college coach so I was a little bit nervous,” White said. “ White says he expects a call from Louisville staff on Monday. He also expects calls from Illinois and South Florida this week. Ranked by 247Sports.com as the No. 16 center and No. 148 overall prospect in the Class of 2022, White broke down the factors he’s evaluating when talking to colleges. “The way they talk freely and the enthusiasm they show,” he said. White currently plays the four and five positions, but is working on extending his game to the wing. “I want to get up there and put somebody on an island,” he said. “I can do anything. I can dribble. I can hit shots. I can make plays for my teammates.” Photo: Phenom Hoops Follow Jacob Polacheck on Twitter Follow Adam Zagoria on Twitter Follow ZAGSBLOGHoops on Instagram And Like ZAGS on Facebook