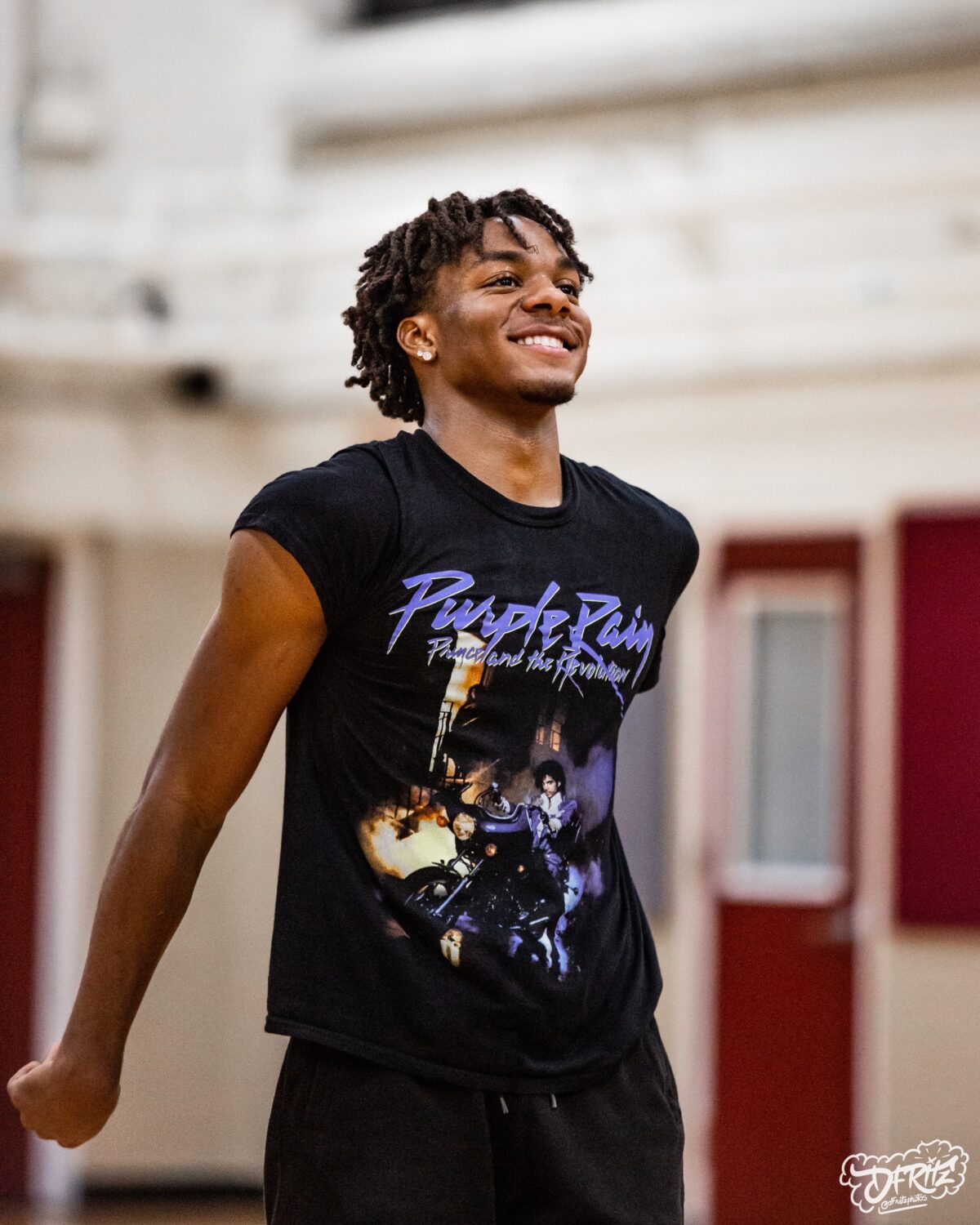 By JACOB POLACHECK Class of 2022 guard Avery Brown has continued to build his status as one of the nation’s top point guard prospects. The 6-foot-3, 180-pound point guard from Northfield Mount Hermon (MA) and the PSA Cardinals, says that Indiana, Ohio State and Missouri are making him a priority. He broke down each school for ZAGSBLOG Thursday: Indiana: “Coach Archie Miller and Kenya Hunter, we talk every day. We’ve built a great relationship over these past few months. I’m getting to know them as people and understand what they’re about on and off the court. It’s just been fun building a relationship with these guys. My family has talked to them also so I’m always in the loop with what they’re working on in practice and what they need to work on. I watch their film and really get the inside scoop on what’s going on in their program. Ohio State: “The Ohio State staff and I have been on a few zoom calls together and it has been very intriguing to learn about their program and how they prepare their guys for the next level. They have not extended an offer yet, but I know it should come in due time. My main focus is to just keep working on my game. What ever happens… happens. “  Missouri: “Cuonzo Martin, coach [Marco] Harris, they showed my family and I a lot of love. We’re in a lot of group chats with the coaching staff and my parents where we talk. Like I said, I’m learning how these coaches work and how they are as people. Coach Martin is a real down to Earth guy and he’s a guy who really feels like a part of my family, the way he carries himself. I’m excited to keep building a relationship with that staff.” Brown, a Beacon Falls, Conn., native, is ranked by 247Sports.com as the No. 19 point guard and No. 100 overall player in the Class of 2022. He says that Nebraska is another school that has been in contact lately. “They offered me a scholarship a few weeks ago,” he said. “Coach [Fred] Hoiberg was in the NBA. He knows the in’s and out’s of the league and how to get there. That’s most definitely a good opportunity also, learning from a guy like that who’s been in the NBA. “The NBA is where I want to be at, so to learn from a guy like that is a great opportunity.” Brown says the next step in his recruitment will be taking visits. “I’m looking forward to visiting these schools when everything opens up,” he said. “That’s what I’m really just waiting on.” In terms of a decision, Brown says he has no timetable. “Within the next few months it’ll be clearer,” he said. “Hopefully we have an AAU season. My recruitment should be closing down by the end of the school year. I want to make my decision before my senior season.” Brown also broke down the deciding factors in his decision: “I’m looking at who I’ll be surrounded by. I want to be surrounded by winners, people on the same mission as me. I’m looking to play after college and in the NBA. “Really I just want to win,” he said. “I want to win at the collegiate level. Whatever program I pick will be the one that has the best shot of winning a championship there with me. Being a leader, being a leader right away is most definitely what I’m looking into. Most definitely fit and a program where I can get my teammates better as a point guard. ”  Last season at Northfield Mount Hermon, Brown averaged 6.6 points, 4.1 assists, and 1.1 steals per game.  “Avery Brown is one of the more skilled point guards in the 22’ class,” said PSA Cardinals director Terrance “Munch” Williams. “His ability to make plays for others and put teammates in positions where they can only be successful, is second to none. “His desire to remain in the gym mastering his craft makes the entire PSA Cardinals program comfortable in knowing he will be college ready from day one. Avery is a special young man both on and off the court. He’s an African-American King!” Follow Jacob Polacheck on Twitter Follow Adam Zagoria on Twitter Follow ZAGSBLOGHoops on Instagram And Like ZAGS on Facebook