Kentucky target Jalen Duren will have options in 2022 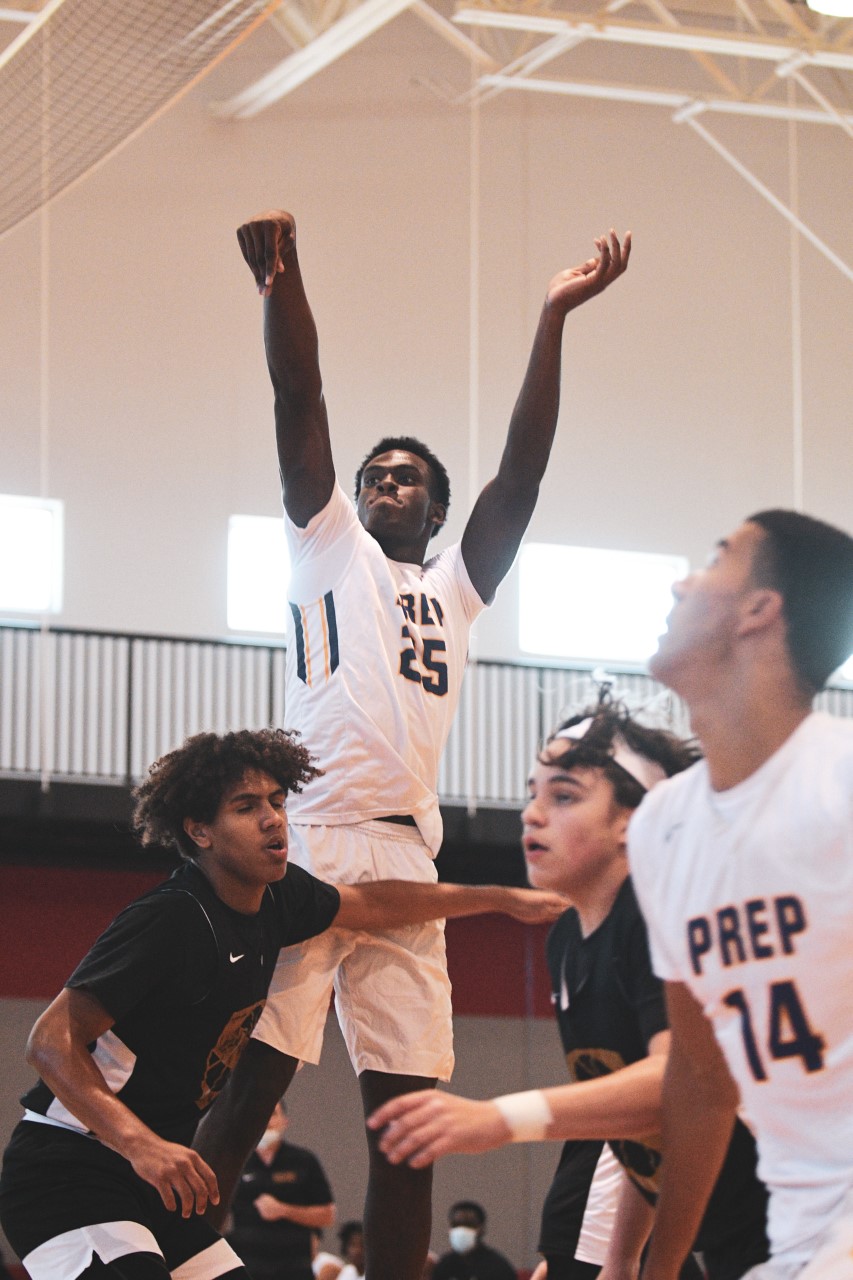 By ADAM ZAGORIA If the NBA’s one-and-done rule goes away in 2022, 6-foot-10 Montverde (FL) Academy junior Jalen Duren is one of those prospects who may have the potential to go straight from the preps to the pros. Yet the current talk in NBA circles is that one-and-done won’t go away by then, meaning players like Duren — and Michigan State commit Emoni Bates — won’t have that option. They will have other options, including going to college for a year or more, entering the new NBA G League path or going overseas. “He’s starting to play better and better,” Montverde coach Kevin Boyle said of Duren, who transferred to the nation’s premier basketball academy from Philadelphia (PA) Roman Catholic in April. “Obviously, he’s going to have a lot of options moving forward.” Duren averaged 18.1 points and 12.5 rebounds last season as Roman finished with an 18-10 record. Now he’s on a loaded Montverde team that includes new Michigan commit Caleb Houstan, new Dayton commit Day’Ron Sharpe, Duren’s former Roman Catholic teammate Justice Williams and Newark native Dariq Whitehead, another Class of 2022 star.

Earlier this month, Duren picked up an offer from Kentucky to go with offers from Howard, UCLA, Ole Miss, Villanova, Alabama, Georgetown, Michigan, Auburn, Maryland and Penn State. “I think he’s made really good improvement in a short period of time,” Boyle said. “He’s really starting to play at a much more competitive, harder level. He’s extremely coachable, wants to be really good and he is really developing offensively as well. I think he has a chance to be a high, high guy down the end if he continues to get better.” Boyle knows a thing or two about high picks. He has coached six top-3 NBA Draft picks since 2011 — two No. 1s in Ben Simmons (76ers) and Kyrie Irving (Nets), two No. 2s in Michael Kidd-Gilchrist (Mavericks) and D’Angelo Russell (Timberwolves) and two No. 3’s in R.J. Barrett (Knicks) and Joel Embiid (76ers). Cade Cunningham, a freshman guard at Oklahoma State, is the projected No. 1 pick in 2021 per ESPN.com. Chris Roantree, who coached Duren with Team Final on the Nike EYBL circuit, compared Duren to a young Marvin Bagley III, the No. 2 pick in 2018. He is dominant in the post but also a willing passer. “He’s just starting to figure out post-wise what he can do on the post game,” Roantree told me last year. “His shot’s improved from last year to this year. He’s a willing passer and he’s a good passer. We played our scrimmage the other day, and he threw to behind-the-back passes.” Asked if he would consider going straight to the NBA from high school if the opportunity is there, Duren told me then, “That’s in the future. I’m worried about what’s going on now and what’s in front of me.” Still, his ultimate goal is the NBA. “Yeah, yeah that’s definitely the dream,” Duren said. “That’s where I want to end up, that’s where I want to spend my basketball career.” Follow Jacob on Twitter Follow Adam Zagoria on Twitter And Like ZAGS on Facebook