Caleb Houstan to Michigan, giving the Wolverines the No. 1 recruiting class 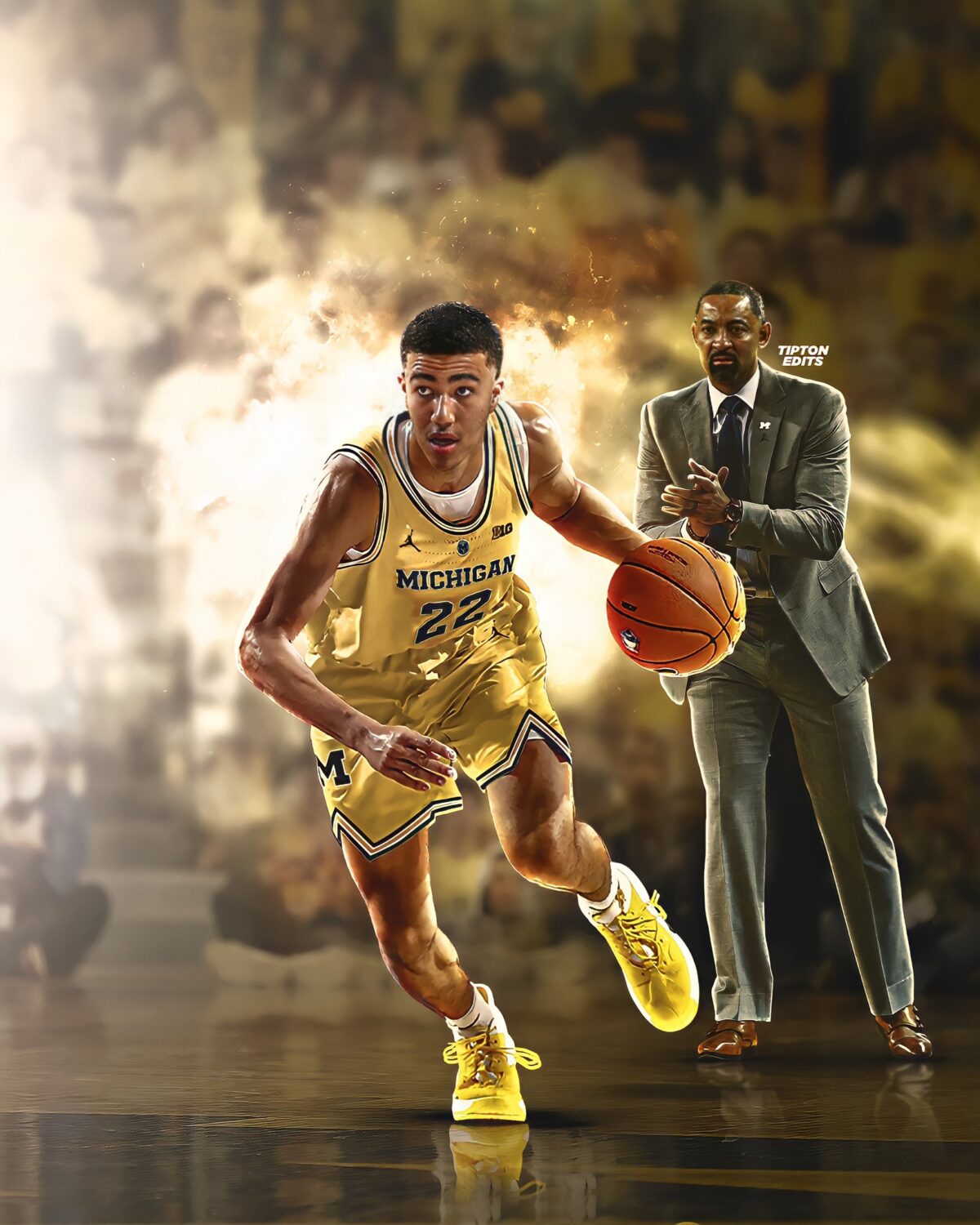 By ADAM ZAGORIA Caleb Houstan, the 6-foot-8 forward from Montverde (FL) Academy and the UPlay Canada AAU team, committed to Michigan, he told ESPN.com. Houstan also considered Virginia, Duke and Alabama. “I was down to four great schools but one definitely stood out to me the most – I decided to commit to Coach Juwan Howard and the University of Michigan,” Houstan told ESPN. “I was recruited by a lot of great schools and I appreciate all the time they all spent with me and my family.” Howard and Michigan now have the No. 1 recruiting class in 2021 per 247Sports.com, as Houstan joins point guard Frankie Collins, shooting guard Kobe Bufkin, small forward Isaiah Barnes and power forward Will Tcshetter. After reclassifying from the Class of 2022 in July, Houstan is ranked by 247Sports as the No. 2 power forward and No. 9 overall prospect in the Class of 2021. “Michigan really showed that they wanted me and that I was going to be a key part of their program,” Houstan told ESPN. “They were invested in me as a player and really took the time to get to know my game. They run a system that I know I can do well in. I also developed great relationships with their coaching staff. Coach Howard led my recruitment and was involved throughout the entire process; Coach Washington as well and Coach [Phil] Martelli were all great too.” Several other Canadian stars reclassed in prior years, including Anthony Bennett, Andrew Wiggins, Jamal Murray and R.J. Barrett. “It’s not necessarily getting to the NBA earlier,” his father David told ZAGSBLOG in July. “I think that that can be a mistake in many cases. It’s really a case of what he wants to accomplish, what he’s looking to do, what the opportunity is, and how he’s doing in school. “If he’s doing really well in school, if he’s having success, maybe he makes that decision. If there’s an opportunity at a school he really likes [ and wants to stay longer], maybe he does that. But at the same time he is academically available to go in 2021.” Montverde coach Kevin Boyle, who has coached Barrett and five other top-three NBA picks since 2011, said Houstan reminds him of Khris Middleton of the Milwaukee Bucks. “He reminds me a lot of Middleton and I don’t think there’s a question he’s going to be a pro,” Boyle said by phone. “I think he’s going to be a very good pro because he’s tailor-made for today’s NBA. He’s probably the best high school shooter in America. “I think he shot 53 or 54 percent from three last year and that’s every single day for the last two years. He’s just an incredible, incredible shooter, and when he’s open you feel like it’s going in. He’s got good range. He’s good shooting off screens and off of movement. He’s capable of being a big-time shooter and a guy you can run off screens to get good shots. He’s also an incredible worker.” CHAUNDEE BROWN IMMEDIATELY ELIGIBLE Michigan also got good news Friday when it learned that Wake Forest transfer Chaundee Brown would be immediately eligible. The 6-foot-5 Brown chose Michigan over Gonzaga and Illinois in May. Brown was Wake Forest’s third-leading scorer last season at 12.1 points per game and its second-best rebounder at 6.5 boards per game. He missed eight games due to injury, but had 24 points and nine rebounds in a double-overtime win against highly ranked Duke in late February.

We have learned that @cbrownballin935 has been granted immediately eligible to play with the Wolverines for the 2020-21 season!

It's just a FANTASTIC FRIDAY!
Don't you think?