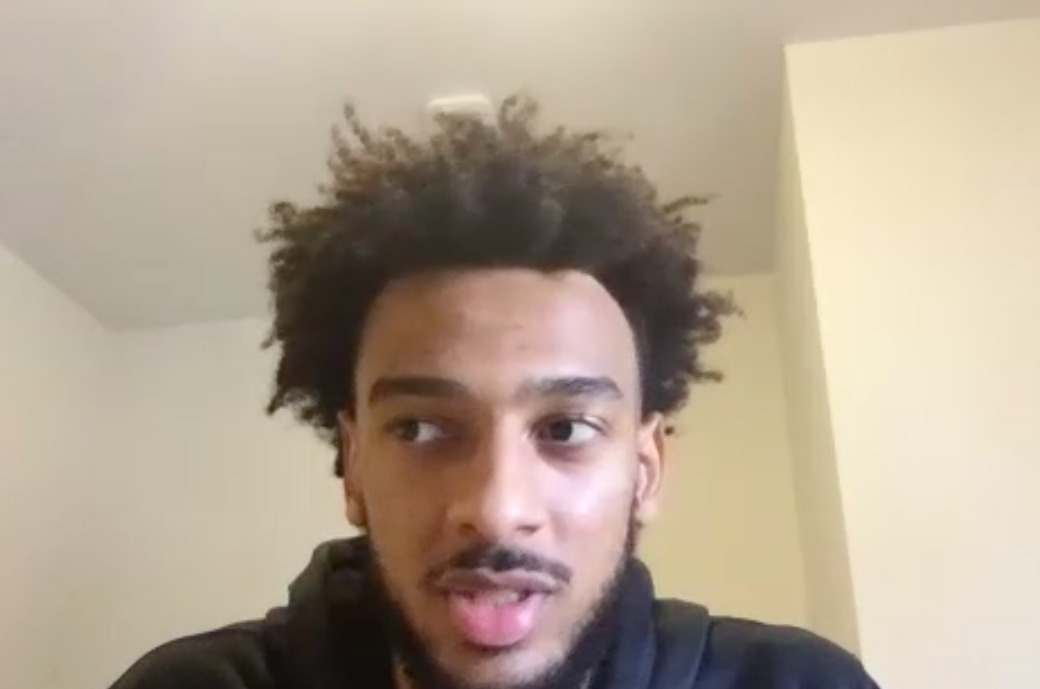 By JACOB POLACHECK After Wake Forest transfer Olivier Sarr was ruled eligible to compete with Kentucky for the 2020-21 season, the Wildcats have suddenly become a team with Final Four potential. “We’re better. You know, I had to remind my team yesterday that because they’re doing a good job of competing against [Sarr],” head coach John Calipari said this week during a Zoom call with reporters. “Isaiah [Jackson] and Lance [Ware], I mean, these guys, they’re not just giving way now, So I said, ‘Understand [Sarr’s] last two ACC games he had 55 points and 20 rebounds.’ And I said, ‘Now, they weren’t great teams. You know they were Duke and Notre Dame.’ When I say that, I’m joking obviously. But he had 55 and 20. And I said, ‘When you’re competing against him, I’m not sure another guy in our gym could have had 55 and 20. So, you’re competing against a really good player, which tells me we’ve got some good guys.’” Sarr averaged 13.7 points last season, shooting 52.7 percent from the field. He also added 9.0 rebounds and 1.2 blocks per game, recording 11 double-doubles, earning Third Team All-ACC honors as a junior last season. With his addition, Kentucky is now considered a consensus top-five team for the 2020-21 season with ESPN slotting the Wildcats at No. 5 in their Way-Too-Early Top 25. After committing to Kentucky on May 6, Sarr had to wait for nearly five months before he was ruled eligible to compete this season. The SEC has a rule that players can only transfer with at least two years of eligibility remaining but ended up waiving the rule in Sarr’s case. On Wednesday, the 7-footer from Toulouse, France, described the exact moment when Calipari told him the news of his eligibility. “My funniest interaction with him, I’d say, is when he called me to tell me the news that I was going to be able to play this season,” Sarr said. “Heading to his office, I was running up the stairs and all that. Hugged him. I almost picked him off the floor. We were just happy, really. “It was just funny because every day, every time he steps in the gym, I say something to him like, ‘Hey, Coach, you got any news? You know when it’s coming? You got something for me? You got good news?’ And he’s always like, ‘It’s coming, it’s coming, it’s coming.’ I was in treatment that day and I got a phone call from him and I picked it up and as soon as I saw it on my phone and he said, ‘Come to my office.’ I literally ran upstairs and I came in and he was smiling and I already knew it. He told me and I hugged him. We hugged each other. I didn’t really pick him up, but almost.” Sarr left Wake Forest in early May following the firing of head coach Danny Manning. “It was a tough process,” Sarr said. “I mean, you had a pandemic in between. It was a tough decision, obviously. I was thinking about going professional and then I talked with Coach Manning and changed my mind. “I thought about staying one more year at Wake Forest to have a great season. Then we know what happened with coach. Coach got fired pretty late, so it changed my plans and then the Kentucky opportunity came up. It’s something that I couldn’t refuse. I had to make that decision and then to wait with my waiver and all of that it was tough even though Coach Cal helped me a lot, supported me. I mean, everybody in the organization here helped me a lot. They told me to stay positive at all times, and I did it.” Follow Jacob Polacheck on Twitter Follow Adam Zagoria on Twitter Follow ZAGSBLOGHoops on Instagram And Like ZAGS on Facebook