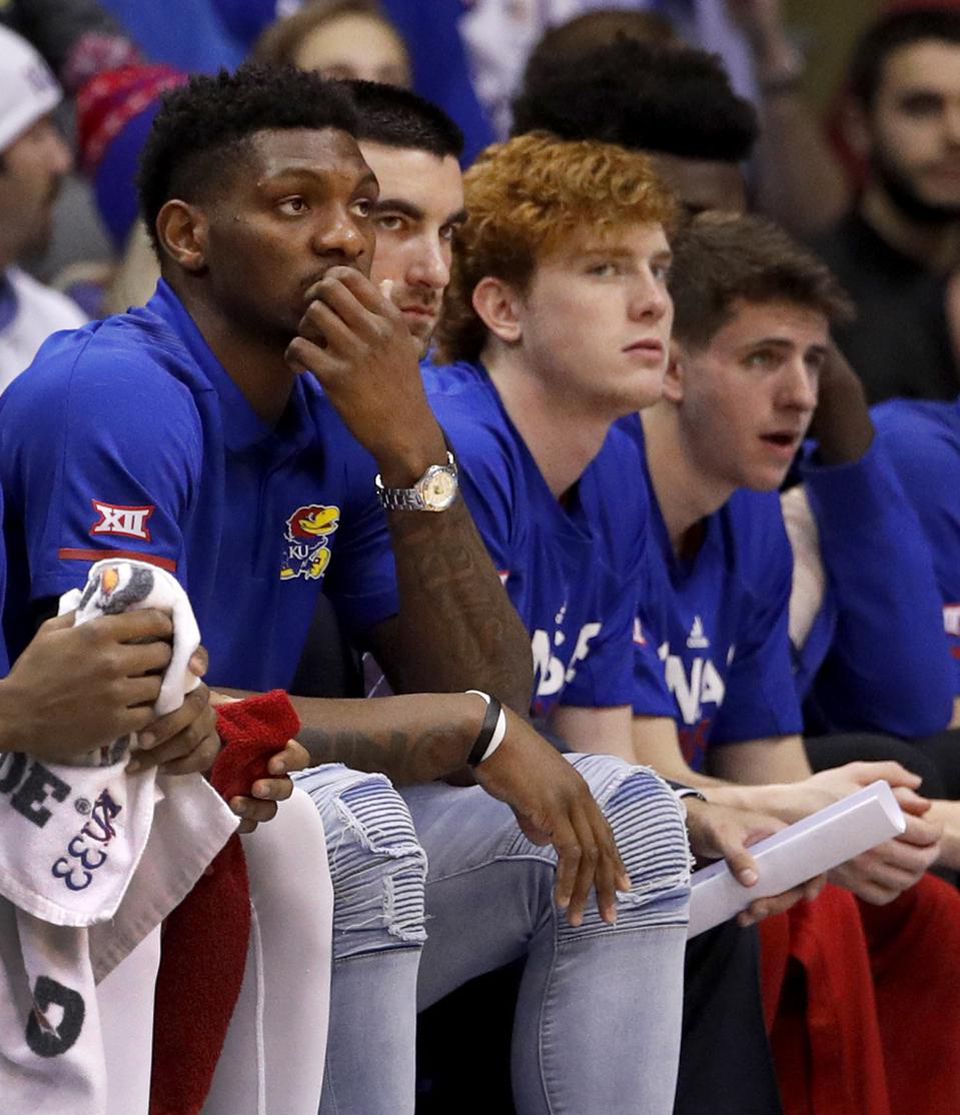 By JACOB POLACHECK Former University of Kansas forward Silvio De Sousa is facing an aggravated battery charge, the Lawrence Journal-World reported Wednesday. According to the Journal-World, the charging document, filed Monday, alleges that De Sousa “unlawfully, feloniously and recklessly cause(d) great bodily harm or disfigurement to another person.” “The alleged incident was reported to Lawrence police as a battery at 2:36 a.m. Jan. 1 in the 1100 block of Massachusetts, department records show.” De Sousa is scheduled to appear in court on Dec. 17, where he will be formally charged, according to online court records. Earlier this month, De Sousa announced he was leaving the program for “personal” reasons. “I have made the difficult decision to opt out of this season to focus all of my energies on some personal issues,” De Sousa wrote on Twitter on Oct. 16. “I have a lot of things weighing on my mind and need to address these by taking time for myself and stepping away from basketball. I do not know what my next plan will be right now, but I will decide that when the time is right.” The 6-foot-9 native of Angola averaged 2.6 points and 2.8 rebounds last season. His time at Kansas has been filled with controversy. In January, De Sousa was suspended 12 games for his role in the brawl between the Jayhawks and Kansas State on Jan 21. He grabbed a chair and swung it over his head, but it was knocked out of his hand before anybody was injured. De Sousa also was at the center of the FBI investigation into bribery in college basketball and missed the 2018-19 season. On Feb. 1 2019, the NCAA declared de Sousa ineligible for two seasons because of his guardian’s role in accepting money from a former Adidas executive. In May he won his NCAA appeal and was declared eligible for the 2019-20 season. During the federal basketball corruption trial in October 2018, Thomas “T.J.” Gassnola testified he made concealed payments of $20,000 to Fenny Falmagne, De Sousa’s guardian. “The kids and I never took money from anyone,” Falmagne told The Kansas City Star in April 2018. “This is bigger than basketball. These kids and I have sacrificed so much because we know this could change our countries and nation. Anyone that knows me will know that coach Larry Brown is the only person that I take advice from because who he means to me and the kids. He told me, ‘Fenny, the people at Kansas are good people and will help Silvio achieve his dream.’ And look what it did listening to him. Made it to the Final Four and got significantly better.” In September 2019, Kansas received a Notice of Allegations from the NCAA but is currently disputing the charges. Follow Jacob Polacheck on Twitter Follow Adam Zagoria on Twitter Follow ZAGSBLOGHoops on Instagram And Like ZAGS on Facebook