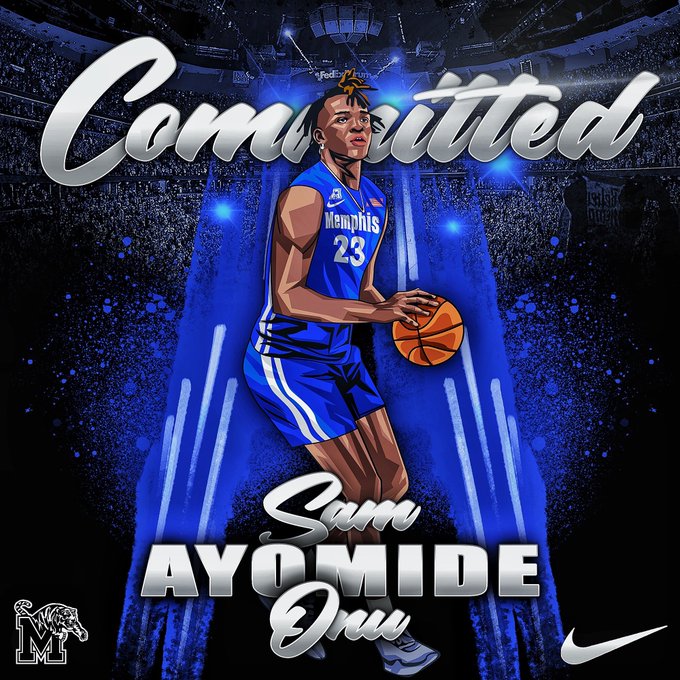 By ADAM ZAGORIA Sam Ayomide Onu, the 7-foot, 260-pound big man from the Phelps School (PA), has committed to Memphis, he told ZAGSBLOG. A native of Nigeria who has been in the U.S. for four years, Ayomide Onu also considered Kansas, Seton Hall, Providence, Illinois and Wake Forest. He is ranked the No. 23 center in 2021 per 247Sports.com. “I already developed a great relationship with the coach and I talk to Penny [Hardaway] pretty much every day,” he said. “I talk to [assistant coach] Cody [Toppert] and they let me know what my role would be. We talk about a lot of stuff on and off the court. I’ve developed a great relationship with them and I feel like I can trust them. That’s why I made my decision.” As for his role, “They said just come in and be myself and do what I do best.” Former Memphis prospects James Wiseman and Precious Achiuwa will be taken as lottery picks in next month’s NBA Draft, and Ayomide Onu said he hopes to follow in their footsteps one day. “Yeah, 100 percent,” he said. “They’re just said come in and do what I do and who knows? I might be one-and-done, I might be two years. No matter how long it takes.” The big man averaged 15 points, 12 rebound and 3 blocks last season at the Phelps School. “Sam has made one the largest improvements in skill set in a year of any player I have coached,” Phelps School coach Trey Morin said. “His approach to the work the game requires daily has really helped him to improve every aspect of his game the past year. “Sam’s upside is apparent within five minutes of watching him play. His combination of size, athletic ability, but even more so his understanding of the game, makes him someone whose best basketball is only beginning.” Ayomide Onu joins a recruiting class that already includes wings Josh Minott, Jordan Nesbitt and John Camden. Ayomide Ono lives with the Camden family and considers John a brother. “It’s great to have someone who has my back and to have family there,” he said. “I have someone I can trust on and off the court. It’s going to be great.” Follow Adam Zagoria on Twitter Follow ZAGSBLOGHoops on Instagram And Like ZAGS on Facebook