Jabari Smith to Auburn as Tigers land highest-rated recruit ever 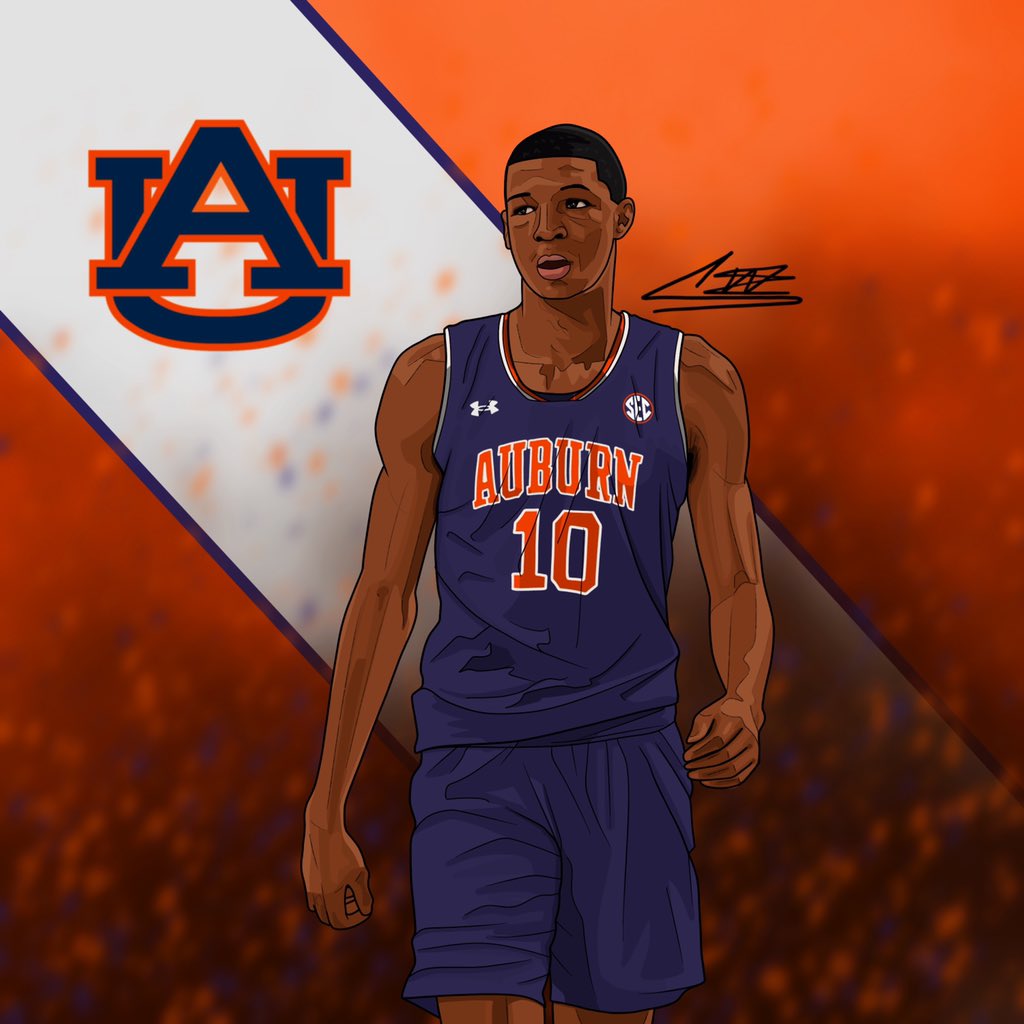 By ADAM ZAGORIA Jabari Smith, the 6-foot-10 power forward out of Sandy Creek (GA), committed to Auburn on Friday. Ranked the No. 1 power forward in the Class of 2021, he also considered Georgia, Georgia Tech, UNC, Tennessee and LSU. He is the highest-ranked recruit ever to choose Auburn. “It is close to home, maybe an hour and 30 minutes away from my house. Not far at all,” Smith told ESPN. “Their style of play is free and fast. Auburn is known for their defense. Playing for Coach [Bruce] Pearl will help me become a stronger two-way player. I noticed how much Coach Pearl loves his players. “A few big factors in my decision were how much he has won at the highest level, competes for championships and how his players have [gone] to the next level. Hopefully we can go back to a Final Four and further. It is the best fit for me.”

Smith averaged 24 points, 11 rebounds and 3 assists last season. Sandy Creek coach Jon-Michael Nickerson compared him to some of the NBA’s greatest big men of recent memory. “The improvement he shows in 2-3 month spans is honestly an anomaly and scary,” he said. “I don’t think I’ll ever witness it firsthand again so I’m trying to appreciate every day being around it. His upside is through the roof w/ shades of Chris Bosh, AD, KD, & Kevin Garnett. While he has a long, long ways to go to get to a level even close to them he still shows similarities. “I think he is the most versatile defender in the ‘21 class. There are times I’ve seen him take some defensive matchups personal and absolutely destroy the opponent. “The three skills besides his length and body that make him truly special moving forward are his defense, shooting stroke/shotmaking ability and his IQ/feel. He has the most beautiful shooting stroke of anyone I can think of and lately he’s already facilitating with NBA flow actions like [Nikola] Jokic and others. He’s seeing it when he watches and implementing it into our pickups and fall leagues with actions like the dribble hand-off and immediately come back into a rescreen step-up. He’s way beyond the typical senior, even the elite seniors, in intelligence and feel. What’s crazy for his birthday he could easily be a junior. He reminds me of the chapter of anomalies of all National Team members in Malcolm Gladwell’s national bestseller ‘Outliers.’ That chapter was about how a large percentage of national team members were kids that had that 8-month advantage of growth and development over the anomalies, like Jabari, who were much younger.” Said USA Basketball coach Don Showalter: “Jabari will fit in very nicely with Coach [Bruce] Pearl’s full-court defense and fast-break system! He’s a very athletic big who runs the court and can shoot the 3’s as a stretch 4. He’s very coachable with a high level of competitiveness on the court. Jabari has a great understanding of the game and how to play – a top recruit with NBA skills.” The news comes a week after J.D. Davison, the No. 1 point guard in 2021, chose Alabama over Auburn and other schools. Smith has also said he’s considering the NBA G League option and will keep an eye on the players who took that path this year. “I want to watch the G League guys this season and see how they develop and I’ll probably talk to them to see how they’re liking it,” he wrote in his USA Today blog. “I want to get their perspective on everything to have all of the information.” Follow Adam Zagoria on Twitter Follow ZAGSBLOGHoops on Instagram And Like ZAGS on Facebook