J.D. Davison, compared to a young Russell Westbrook, makes the call for Alabama 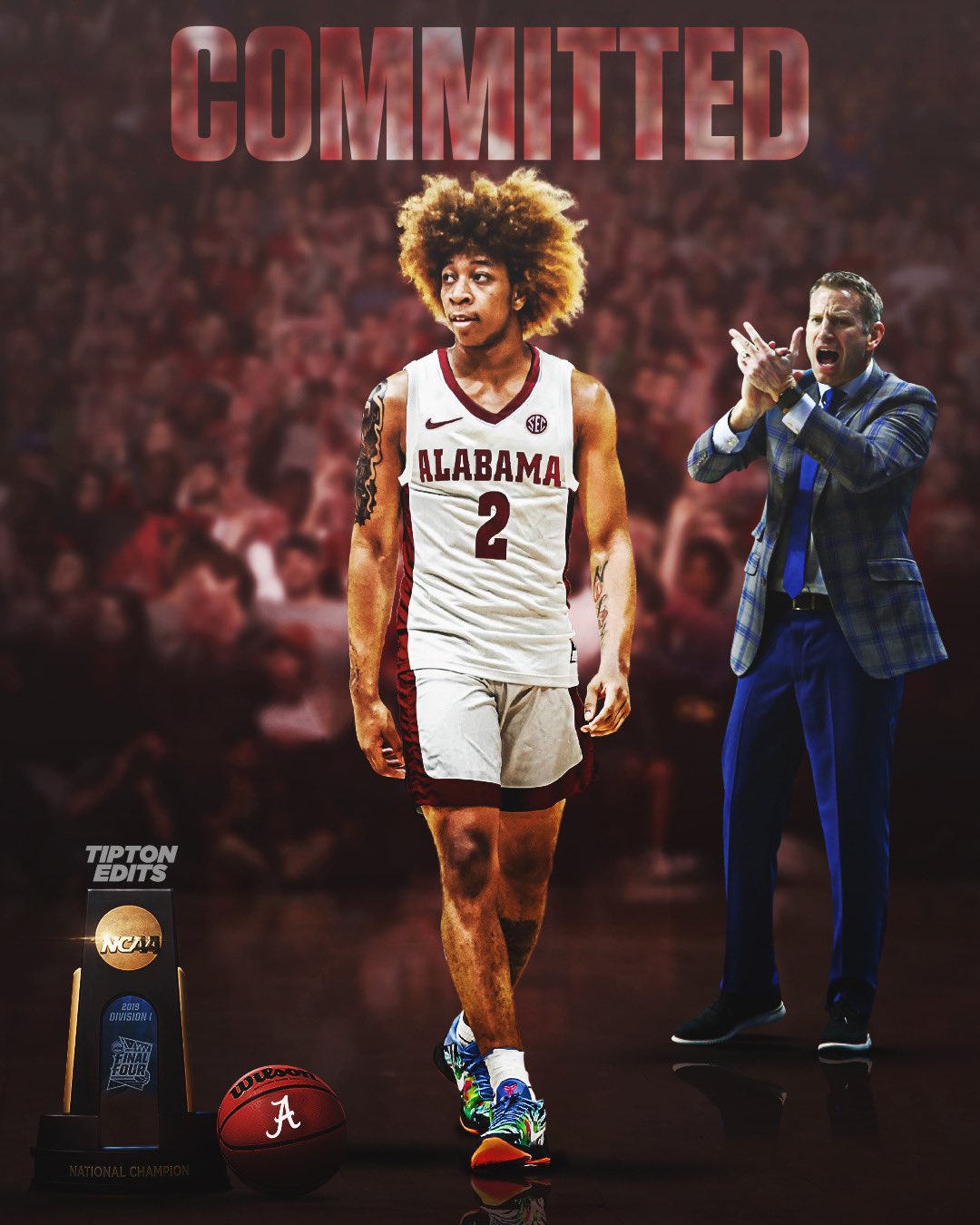 By ADAM ZAGORIA J.D. Davison ended his intriguing recruitment on Saturday by committing to Alabama. The 6-foot-3 point guard from Calhoun (AL) School chose the Tide over Auburn, Memphis, Kansas, LSU and Michigan. He is ranked the No. 1 point guard in 2021 by 247Sports.com. “I will be committing to the University of Alabama,” he said in his commitment video. He has long been a priority recruit for Tide head coach Nate Oats and assistant Antoine Pettway. “He’s going to be a facilitator who can score and get to the rim through contact with the best of them,” Alabama Fusion coach Scott Whittle said ahead of his commitment. “He’s a Russell Westbrook in the making. Once he brushes up on his ability to knock down perimeter jumpers at a higher clip, he should be a first-round draft pick whenever he chooses to go that route.”

Davison is currently projected as a first-round pick in at least one 2022 NBA mock draft. “He’s got the athleticism, the basketball IQ and he can create for others,” Whittle said. “He gets balls in tight windows. He’s really good at his pick-and-roll reads. That will only improve the way the game is played at the highest level. With the right coach in the right system, he should only improve on all those things.” Davison joins small forward Jusaun Holt in Alabama’s 2021 class after Holt committed last week. “We would be really good together,” Holt said. “I think his jumping and slashing ability will go right along with my shooting ability. And we both are winners and hate to lose. Plus, I’m used to playing with bouncy players.” Alabama remains in the mix for Class of 2021 stars Charles Bediako of IMG Academy and Caleb Houstan of Montverde Academy. Davison told Tipton Edits he’s working on both. “Hopefully we get Caleb Houstan and Charles Bediako,” he said. Follow Adam Zagoria on Twitter Follow ZAGSBLOGHoops on Instagram And Like ZAGS on Facebook