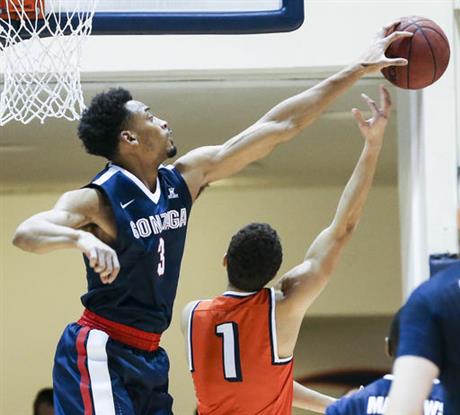 Two of college basketball’s top teams entering the 2020-21 season, Gonzaga and Baylor, will stage this year’s marquee non-conference tilt Dec. 5 at 1 p.m. ET at Bankers Life Fieldhouse in downtown Indianapolis, perhaps offering a preview of what could come in Lucas Oil Stadium at the conclusion of the 2021 NCAA Tournament. CBS Sports will broadcast and produce the game, which will mark the start of the Network’s 2020-21 NCAA basketball coverage on the CBS Television Network. Intersport, a sports marketing and media agency based in Chicago, will lead the event operations. With the Circle City serving as the backdrop for the 2021 national championship, Indianapolis will bookend the college basketball season with the sport’s most highly anticipated contests. Gonzaga and Baylor enter the season widely considered the country’s top two programs, ranking No. 1 and No. 2 in CBS Sports Top 25 and 1, respectively. Additionally, either Baylor or Gonzaga was the No. 1 ranked team in the AP poll for nine consecutive weeks (Gonzaga from Dec. 23 to Jan. 19; Baylor from Jan. 20 to Feb. 23) last season. Baylor, which won 26 games and recorded its best overall winning percentage in program history (.867) in 2019-20, returns its top three leading scorers in All-America candidate Jared Butler, Davion Mitchell and MaCio Teague, along with Naismith Defensive Player of the Year finalist Mark Vital. This is the sixth all-time meeting between Gonzaga and Baylor. The Zags have won all five of the previous meetings against BU, with four under Head Coach Mark Few. This will be the fifth meeting on a neutral court. In the latest meeting between the programs, GU knocked off the Bears, 83-71, in the second round of the 2019 NCAA Tournament in Salt Lake City, Utah. Corey Kispert is the lone Zag that appeared in that game, scoring 16 points. Vital led Baylor with 17 points and eight rebounds. The game will be played with no fans in attendance, part of a controlled environment in Indianapolis coordinated by Pacers Sports & Entertainment and Indiana Sports Corp. Organizers will work with the Marion County Health Department to implement appropriate COVID-19 protocols, as well, to help protect the health and safety all of players, coaches and staff. Follow Adam Zagoria on Twitter Follow ZAGSBLOGHoops on Instagram And Like ZAGS on Facebook

Rick Pitino's debut with Iona to come at Fordham