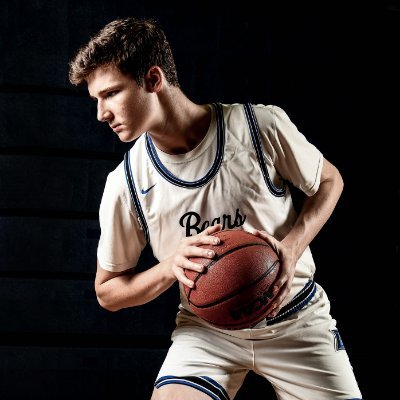 By JACOB POLACHECK Class of 2021 German-American center Alijah Kuehl has committed to San Diego, he tells ZAGSBLOG. “I’m committing to the University of San Diego,” Kuehl said by phone ahead of his announcement. “I really liked the coaches and the whole coaching staff. They were all really welcoming,” he said. “Also, the area of San Diego, California and how there is so much to do here. The area is just great and the people here are cool. The environment is awesome.” The 6-foot-10, 220-pound big from Bartram Trail (FL) High School, made his decision while on an unofficial visit to USD over the weekend. “I wasn’t able to meet with the coaches or anything, but I called them and talked to them,” he said. “What stood out was how beautiful California is and how beautiful all the buildings are. The environment is really cool. There’s so much to do in the area.” He chose USD over offers from South Alabama, New Orleans, UNC Wilmington, Mercer and Jacksonville. He joins three-star combo guard Wayne McKinney III in USD’s 2021 class. “I think it’ll work out to where I’m rooming with [Wayne] my freshman year, probably,” he said. “I think the ceiling is high, but it’ll depend on how much everyone works. During the 2019-20 season, Kuehl averaged 11.3 points, 7.5 rebounds and 1.6 blocks per game. “I’m like a five, but I can play the four,” he said. “I have good back to the basket post moves, but I can shoot pretty well. I can direct the offense well, catching it at the top of the key and distributing the ball.” His father, Alexander played college basketball at Charlotte from 1995-1997 before spending six years overseas. Follow Jacob Polacheck on Twitter Follow Adam Zagoria on Twitter Follow ZAGSBLOGHoops on Instagram And Like ZAGS on Facebook