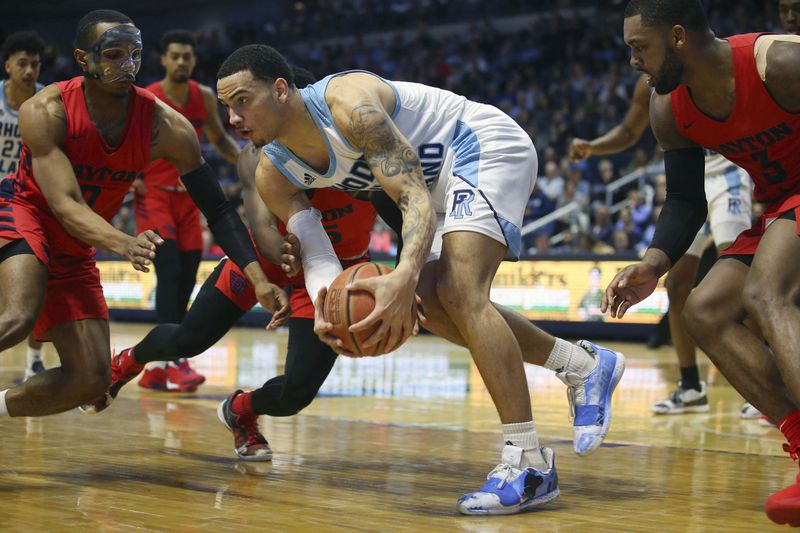 By ADAM ZAGORIA Tyrese Martin is immediately eligible at UConn after receiving an NCAA waiver, a source said. Jon Rothstein first reported the news. The 6-foot-6 Rhode Island transfer committed to UConn in April, choosing the Huskies over Georgia, Oregon, Ole Miss and Seton Hall. He will now play immediately when the Huskies re-join the Big East Conference this season. “I’m choosing UConn because that was the school I feel like checked all the boxes for me during this process that I was looking for, knowing I couldn’t take visits because of this pandemic situation,” he told ZAGSBLOG. “This is a great opportunity to showcase myself on a bigger stage and I feel like the Big East is one of the top leagues in the country. Also having the opportunity to be myself and have an impact right away at the next school. Then to see where I can max out as a player to get to the NBA, which is the ultimate goal. I feel like UConn has the resources and right people to help me get there.” Martin initially committed to current UConn coach Dan Hurley when Hurley was at Rhode Island in September 2017. But he never played for Hurley at Rhode Island because Hurley took the UConn job in the spring of 2018. Martin averaged 12.8 points and 7.1 rebounds last season, and 8.1 and 5.2 as a freshman in 2018-19. “The skillset I will bring is to be a big guard,” he said. “I will bring rebounding on both ends of the floor at a high rate, the ability to step in and make shots, make plays for my teammates and being able to defend multiple guard positions.” James Johns, Martin’s AAU coach, added: “He’s so talented, he can handle the ball, rebounds at a high level for a guard and shoot it much better than he’s been able to show. The biggest thing is improving his assist/turnover ratio and getting his 3-point percentage a little higher. “I think that will come with an understanding where his shots come from within the offense so he takes good shots. I think being at UConn and continuing to develop gives him a chance to be a pro, which for him is the end goal. It’s an opportunity to take care of his mom and sisters.” Follow Adam Zagoria on Twitter Follow ZAGSBLOGHoops on Instagram And Like ZAGS on Facebook