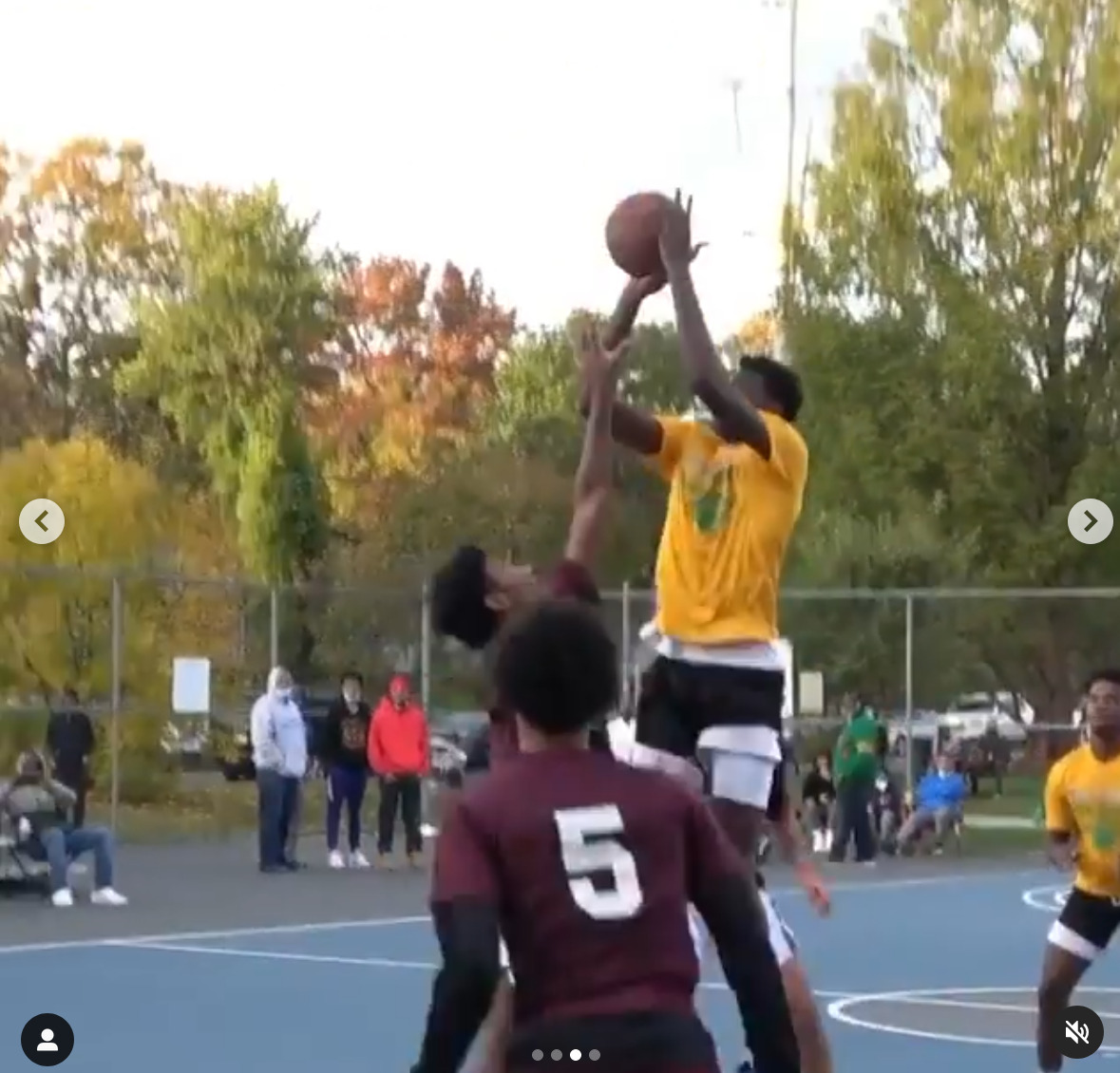 By ADAM ZAGORIA UConn commit Samson Johnson was dominant as The Patrick School won the TriState New Jersey event which was held outdoors in Teaneck over the weekend. Video shows the 6-foot-10, 198-pound Johnson scoring on an array of dunks, turnaround jump shots and drives to the basket. “I think i played well,” Johnson, who wore No. 3 for the Celtics in the third frame in the video below, said by text. “I still have to be consistent with my shot.”

Dan Hurley getting a very productive prospect. Could be an immediate impact.

Johnson committed to UConn in August and is part of a 2021 recruiting class that includes point guard Rahsool Diggins and shooting guard Jordan Hawkins. “I think he’s had an outstanding summer and fall for us,” Patrick School coach Chris Chavannes , who also coached current UConn freshman forward Adama Sanogo, said after Johnson recently helped the Celtics win a title in Teaneck, N.J. “I think [Sunday] he just kind of really separated himself. It’s not just the dominance of blocking shots and follow-up dunks, it’s just having an impact on the game. The things he did, we know what he has and he’s shown it in practice before but he showed that his ceiling is extremely high with the things he was doing. “That’s the best I’ve seen him play in terms of showing how freaking talented he is. He was just dominant.” Adam Zagoria on Twitter Follow ZAGSBLOGHoops on Instagram And Like ZAGS on Facebook