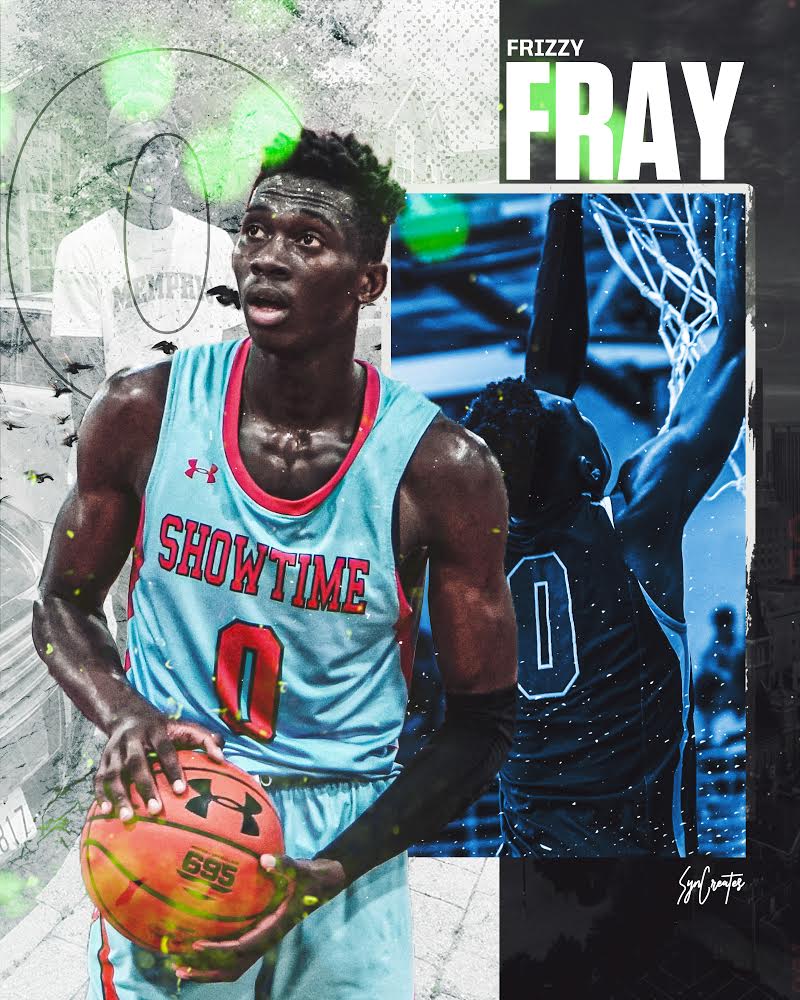 By JACOB POLACHECK Class of 2022 Fray Nguimbi has been drawing the attention of numerous high-major schools. The 6-foot-8, 200-pound small forward from First Love (PA) Academy, picked up his most recent offer from St. John’s (Sept. 9). “I know they’re in the Big East Conference,” Nguimbi said by phone Tuesday evening. “Since I just got the offer recently, I don’t really know too much about them, but I’m definitely going to talk more with them.” Nguimbi also holds offers from TCU, Pitt, Georgia Tech, Illinois, Samford, Rutgers, Dayton, Stetson, Iowa State, Alabama, Louisiana-Monroe, Little Rock, South Florida and Southeastern Louisiana. He says Pitt, Georgia Tech, South Florida and Cincinnati have made him a priority. He broke down each school: Cincinnati: “They just called me to check in today, ask about my day. They’ve also talked to my coach.”   South Florida: “They say I can come over there and they’re going to help me with my basketball career and my education. They really want me to go there. The head coach texts me almost every day, sending me pictures of them working out.” Pittsburgh: “They text me almost 3-4 days per week. They send me videos and say they really want me to be a part of their family. Georgia Tech: “They said they like my game, they like the game I play. They want me to come there and be a part of the family. After COVID, I might go there to visit both [Pittsburgh and Georgia Tech]. We’ll go from there.” Originally from the Congo, Nguimbi grew up around the sport. “I started playing basketball when I was like six or seven years old,” he said. In 2018, Nguimbi left the Congo to attend West Oaks (FL) Academy. “It’s different,” he said. “In America, most of the teams push the ball. At first, I had to learn to run fast during the games. We barely called plays back home, but here, coach calls a lot of plays.” This August, Nguimbi transferred from West Oaks to First Love (PA) Academy. “The coaches here at First Love have been pushing me to go hard every day,” Nguimbi said. “Since I moved from Florida, coaches have been calling my phone. They were calling before, but since I moved here, it’s coming more and more.” Nguimbi says he’s placing a high emphasis on education when making his college decision. “I’m not looking for a school that wants me only because I play basketball,” he said. “I need a school that likes me as a person, not just because I play basketball. I need a school that will help me with my basketball skills and help me get my education.” Nguimbi has no timetable for a decision, but says he’s been talking with coaches at Memphis, Cincinnati, Pittsburgh and Georgia Tech about taking visits. This summer, Nguimbi placed a high emphasis on improving his shot and his ball handling skills. I feel like my shot has gotten better. I’ve been shooting every day. My handles are also getting better,” he said. “I’ve just got to keep pushing. I can’t wait for the season to begin. I’m so excited.” Follow Jacob Polacheck on Twitter Follow Adam Zagoria on Twitter Follow ZAGSBLOGHoops on Instagram And Like ZAGS on Facebook