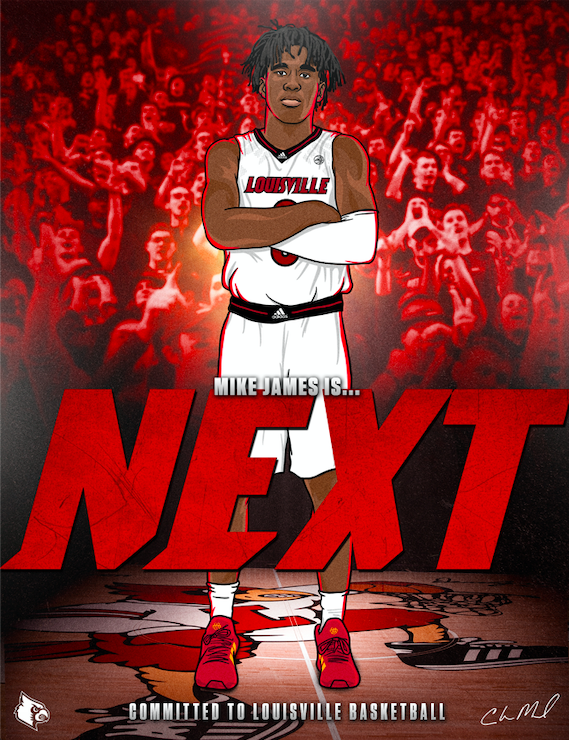 By JACOB POLACHECK Michael James, the 6-foot-6, 195-pound small forward from Oak Ridge (FL), has committed to Louisville, he told ZAGSBLOG ahead of his public announcement. Ranked as the No. 15 small forward and No. 85 overall prospect in the Class of 2021 per 247Sports, he also considered Arkansas, Alabama, Texas A&M, Cincinnati, Oklahoma State, Virginia Tech and USF. “I’ll be going to the University of Louisville,” he said. “Coach [Chris] Mack really just made it clear to me that he needed me there to help replace the guys he’ll be losing the year I come in. It’s a good opportunity for me to come in and compete against the best. Play right away and play through my mistakes as a freshman. He made all that crystal clear with me and the relationship was already there so I just took the opportunity.” As for what skillset he will bring, James said: “I’m a two-way player. I take the defensive end just as important as my offensive game. I’m a versatile defender that can guard the 1-4. Offensively I like to get down hill and use my body to get easy buckets and I’ve become a good outside shooter.” James joins joins point guard Bobby Pettiford, small forward Eric Van Der Heijden and junior college combo guard Elbert Ellis in Louisville’s 2021 recruiting class. Louisville remains in contention for a number of 2021 prospects including five-stars Aminu Mohammed and Efton Reid, as well as four-star Roosevelt Wheeler. “Not as of now,” James said on if he’s recruiting anyone to join him. “But as soon as Coach tells me I need to get on somebody, I will.” Follow Jacob Polacheck on Twitter Follow Adam Zagoria on Twitter Follow ZAGSBLOGHoops on Instagram And Like ZAGS on Facebook

Ben Gregg to Gonzaga: 'I think they're as close to a blue blood as you can get now'