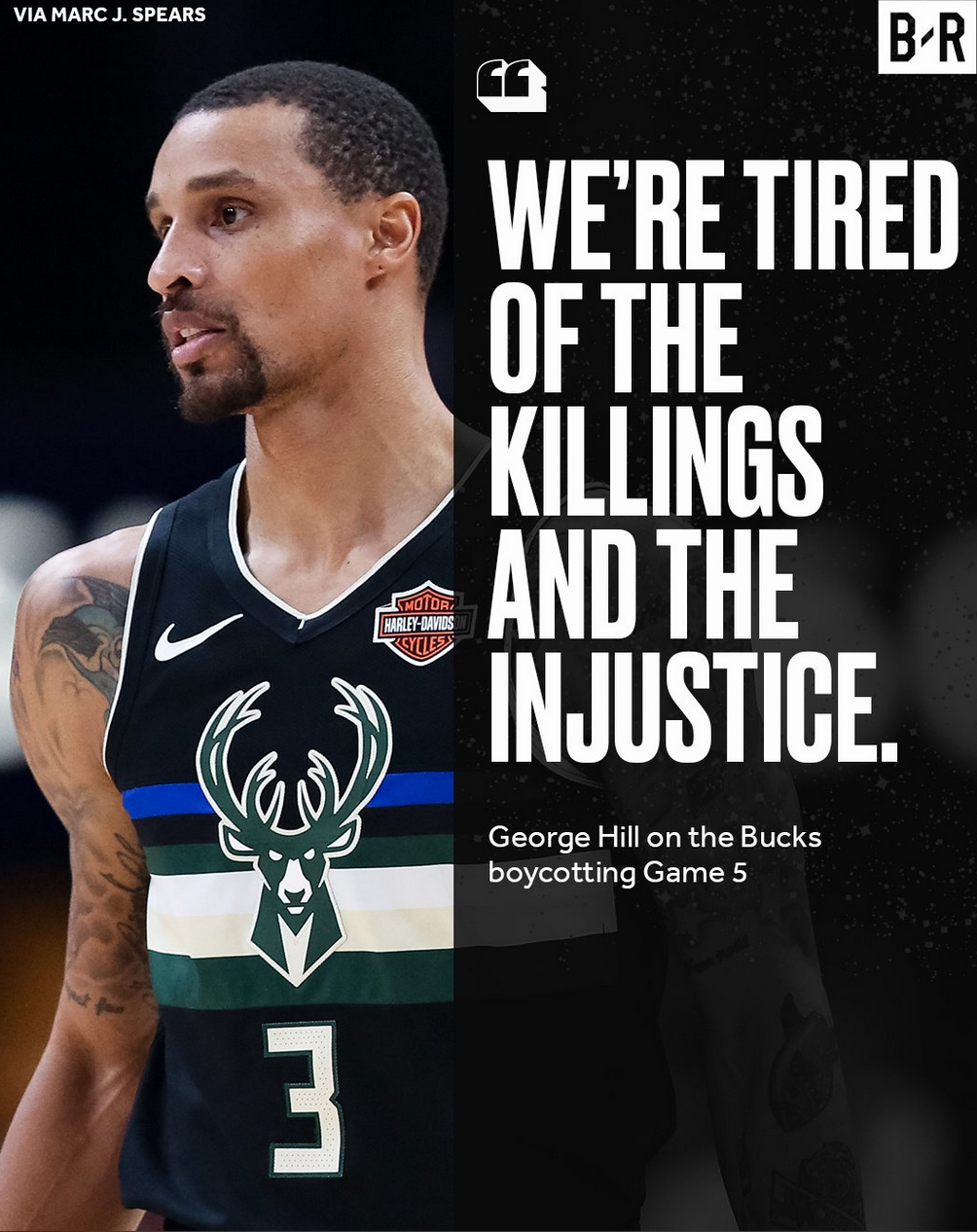 By ADAM ZAGORIA The Milwaukee Bucks have made history by officially boycotting Game 5 of their series with the Orlando Magic on Wednesday after the shooting of Jacob Blake in Wisconsin on Sunday night. Blake, an unarmed black man, was shot seven times in the back by Kenosha police and is reportedly paralyzed from the waist down. Two were killed and one injured Tuesday night when protesters there were shot. The incident is the latest in a series of incidents involving African-American men and police, including the May 25 murder of George Floyd in Minneapolis where Derek Chauvin held his knee on Floyd’s neck for 8 minutes, 46 seconds, resulting in Floyd’s death.

FUCK THIS MAN!!!! WE DEMAND CHANGE. SICK OF IT

All told, three NBA playoff games, three WNBA games, three of 15 MLB games and five of six MLS games were postponed Wednesday due to player boycotts over Sunday’s shooting of Blake. Tennis star Naomi Osaka also said she wouldn’t play in the semifinals of the Western & Southern Open in New York, and the tournament later announced it would pause play Thursday.

The NBA’s statement on a historic day pic.twitter.com/XYho40g2f0

The protests could spread to the NFL and other sports, as other athletes are already Tweeting their support of the boycotts. “It’s amazing to me why we keep loving this country and this country does not love us back,” Clippers coach Doc Rivers said Tuesday night.

Bucks players considering sitting out Game 5 in protest of the Jacob Blake shooting, per ESPN. Here’s the scene. pic.twitter.com/gW2VKxebuf

two elite players who have been battling each other on the court for a week in a highly-competitive playoff series… but both in agreement that some things are bigger than the game of basketball pic.twitter.com/F3EQ0h2VEn

Don’t be surprised to see the protests/boycotts extend to the NFL and other sports, too. https://t.co/OTkjw666jY