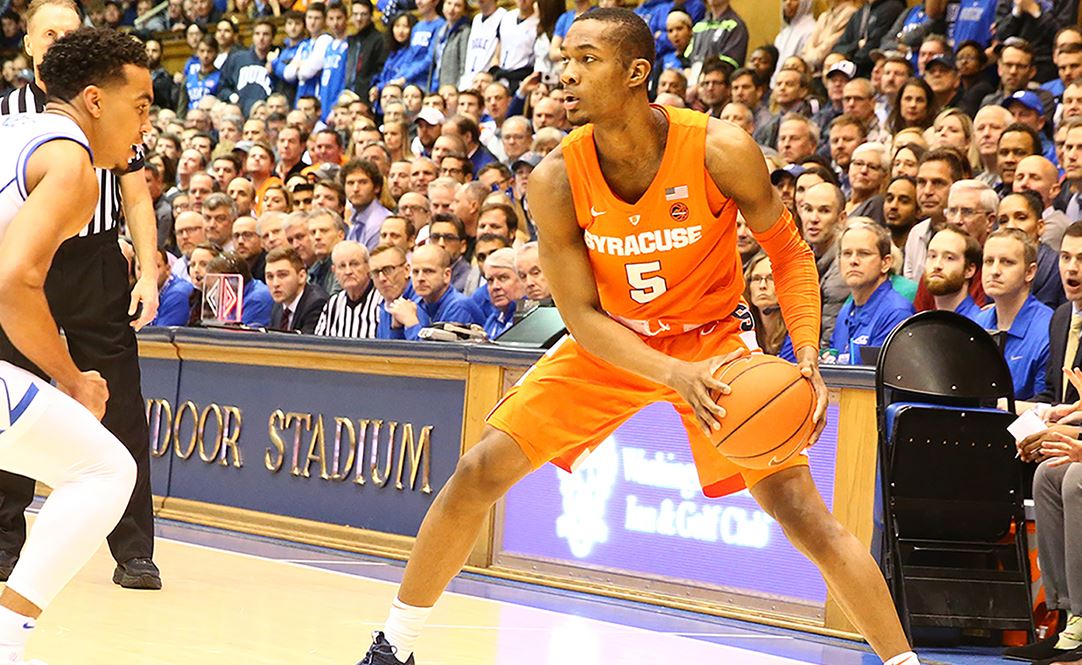 By ADAM ZAGORIA Rhode Island coach David Cox has four more good reasons to be optimistic about the upcoming basketball season. Transfers Malik Martin (Charlotte), Jalen Carey (Syracuse) and Makhi and Makhel Mitchell (Maryland) all received NCAA waivers and will be immediately eligible this season. “The addition of Makhi, Makhel, Jalen and Malik provide us with a tremendous infusion of talent, experience and depth,” Cox said Tuesday. “Meshing the pieces may be a challenge, but a potential issue well worth the energy. All are tremendous young men who share our core values. Truly welcomed additions to the Rhody family.” The 6-foot-5 Martin is the younger brother of former Rhode Island forward Hassan Martin. He averaged 9.0 points and 3.6 rebounds last season at Charlotte and will fill a need on the wing at Rhody. The 6-3 Carey played in 25 games for the Orange as a freshman, averaging 3.5 points and 1.6 rebounds in 12.2 minutes per contest in 2018-19. He got his waiver Aug. 19. Last season he started two exhibition games and the first two regular-season contests before a thumb injury ended his season. “Jalen immediately eligible is a significant development for the program this team,” Cox said. “Jalen is a highly talented player who improves us on both ends of the floor. We are going to be a dangerous team with the versatility to attack the game in a variety of ways.” The 6-10 Mitchell brothers became eligible Aug. 17 and will both have three seasons of eligibility for Rhode Island.

“In Makhi and Makhel, we are talking about two young men who can have an immediate high impact for us,” Cox said. “These are Top 100 recruits out of high school who are coming to us from the BIG 10. Makhi and Makhel are versatile talents who bring so much to both ends of the floor. We just added significant depth for this year.” Rhode Island also added Ileri Ayo-Faleye for the 2020-21 season. A 6-7 wing, Ayo-Faleye hails from Lebanon, Pa. and led Cedar Crest High School to a Lancaster-Lebanon League Section One title. He averaged a team-high 13.8 points per game as his team reached the District Three Class 6A semifinals. The Rams finished 21-9, 13-5 in the A-10 last season. They face Seton Hall and Boise State in the non-conference. Follow Adam Zagoria on Twitter Follow ZAGSBLOGHoops on Instagram And Like ZAGS on Facebook