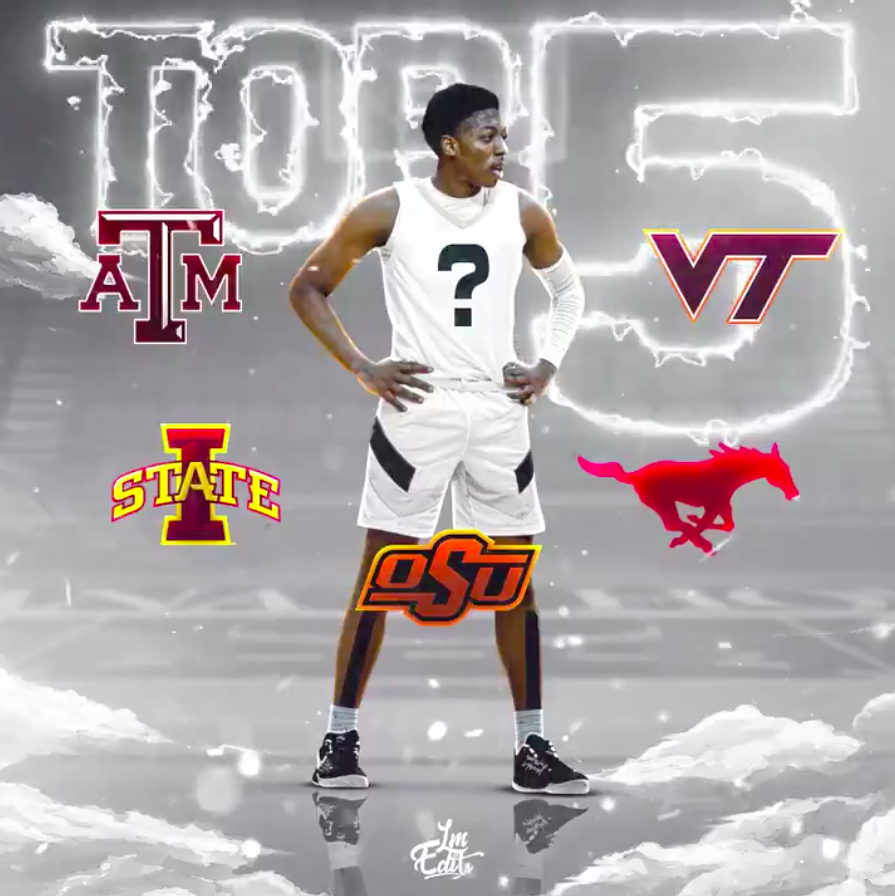 By JACOB POLACHECK Wade Taylor IV, the 6-foot, 180-pound point guard from Lancaster (TX), named Iowa State, Texas A&M, SMU, Virginia Tech and Oklahoma State as his Top Five schools on Monday, via Twitter. He broke down each school for ZAGSBLOG by text: Oklahoma State: “My relationship with the staff is very good. Oklahoma State has been recruiting me since [I was] a freshman and the relationships just keep building. Me and Coach [Mike] Boynton talk almost every other day, just checking in, seeing how each other are doing. I talk to a lot of the guys from the Dallas area that attend OSU, especially Chris [Harris Jr.] and Isaac [Likekele]. They always tell me that OSU is the place for me and that I would love the school.” SMU: “They’re one of a kind. They love their guards and let them rock out and run the team. Coach [K.T.] Turner and coach [Tim] Jankovich have been telling me how I can stay in my city and make a big impact as a freshman. Most importantly getting an degree from SMU will have you set for life no matter what you do. It holds so much weight!” Iowa State: “Coach [Steve] Prohm and coach [William] Small has done a great job in building a great relationship with me and my family. Iowa State is a great school for me to come in and play in the Big 12 against great competition. Most importantly, their academics are one of the best which is very important to me.” Texas A&M: “They have also been recruiting me since I was a freshman. Even with the change of coaching staff, there was no love lost. Coach Buzz [Williams] is one of a kind. They have done a great job of creating an bond with my family that will last forever no matter where I go. A&M is another place where I can have a great impact as a freshman because of how much Coach Buzz and his staff believe in me.” Virginia Tech: “Me and coach Chester [Frazier] talk everyday, no matter what it’s about: if we’re playing this weekend or who’s going to win the playoffs. Him and coach [Mike] Young believe in me so much that they believe I can be one of the best players in college basketball. Coach Frazier is one of the coaches you want to recruit you. No matter what, he will keep it 100 with you and hope for the best no matter what!” According to 247Sports.com’s Composite Rankings, Taylor is ranked as the No. 25 point guard and No. 141 overall player in the Class of 2021. “I don’t really know when I’m going to make my decision,” Taylor said. “Whenever I feel like it’s the best time is when I will do it.” Taylor took visits to Oklahoma State, SMU and Texas A&M last fall. He broke down his deciding factors when evaluating his list of schools: “Being able to come in and contribute as a freshman, a family atmosphere, a great relationship with coaches and teammates and great academics,” he said. Follow Jacob on Twitter Follow Adam Zagoria on Twitter Follow ZAGSBLOGHoops on Instagram And Like ZAGS on Facebook