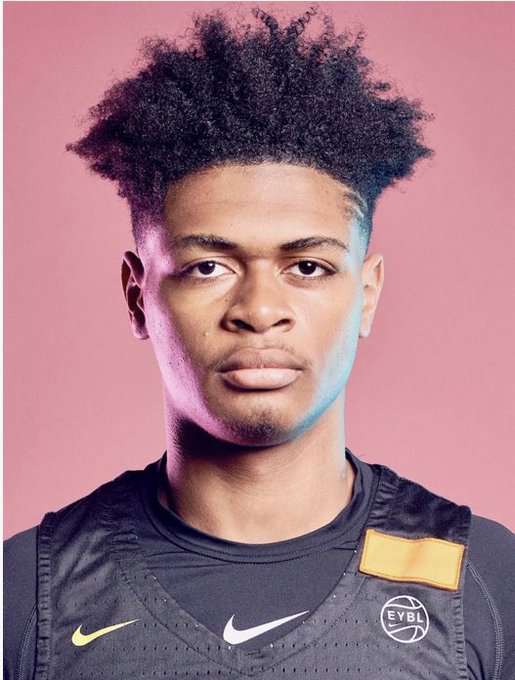 By JACOB POLACHECK Elijah Hutchins-Everett, the 6-foot-10, 225-pound center from Putnam Science Academy (C.T.), committed to Penn State on Monday, he told ZAGSBLOG ahead of his public announcement. “When I get there, I want to be a leader,” he said. “I definitely want to help Penn State be a Top-25 team and keep that from now on. “This school is special. The fan base is special. The coaches are special. I love the coach. Coach [Pat] Chambers, coach [Jim] Ferry, they’re all going to push us to the max. I can’t wait to be there.” Hutchins-Everett chose Penn State over offers from Miami, Iona, DePaul and Villanova, among others. “As they saw me grow as a player, they wanted me more,” he said. “They showed more interest every single time. They made sure I was good. They always kept up on me and my family. “I felt a family vibe from Penn State and I feel like they could make me a better person on and off the court and get me where I want to go.” He picked up an offer from Penn State during an unofficial visit in September of 2018. “I love their campus,” he said. “It’s huge. I also saw videos and watched their games online sometimes. They have a great fan base. I didn’t know they were in the center of Pennsylvania so it was great visiting campus.” He joins combo guard Houston Mallette and power forward TaQuan Woodley in Penn State’s 2021 class. “I know TaQuan because when I was on WeR1, he was on the younger team,” he said. “The first time I met him was at Pangos in New Jersey. The team we have coming in is going to be great.” Hutchins-Everett was originally in the 2020 class before reclassifying to 2021 this summer. “I feel like with this team, we can make a huge run and be one of the best teams in the Big Ten,” he said. “I feel like we can make a huge run in March Madness.” Hutchins-Everett transferred from Immaculate Conception (N.J.) to Putnam Science Academy in 2019. “Elijah is a very talented inside/out big with soft hands and great feet,” Putnam Science assistant coach Josh Scraba said. “As he continues to change his body, he will truly tap into his full potential. We are fully expecting Elijah to take a major leap in his senior year.” According to 247Sports.com Composite Rankings, Hutchins-Everett is ranked as the No. 22 center and No. 182 overall player in the Class of 2021. “Penn State can expect a big man that can shoot the ball, get down in the low post and be great on help side defense,” Hutchins-Everett said. “They’re getting a big man that loves to share the ball and stretch the floor. Follow Jacob on Twitter Follow Adam Zagoria on Twitter Follow ZAGSBLOGHoops on Instagram And Like ZAGS on Facebook