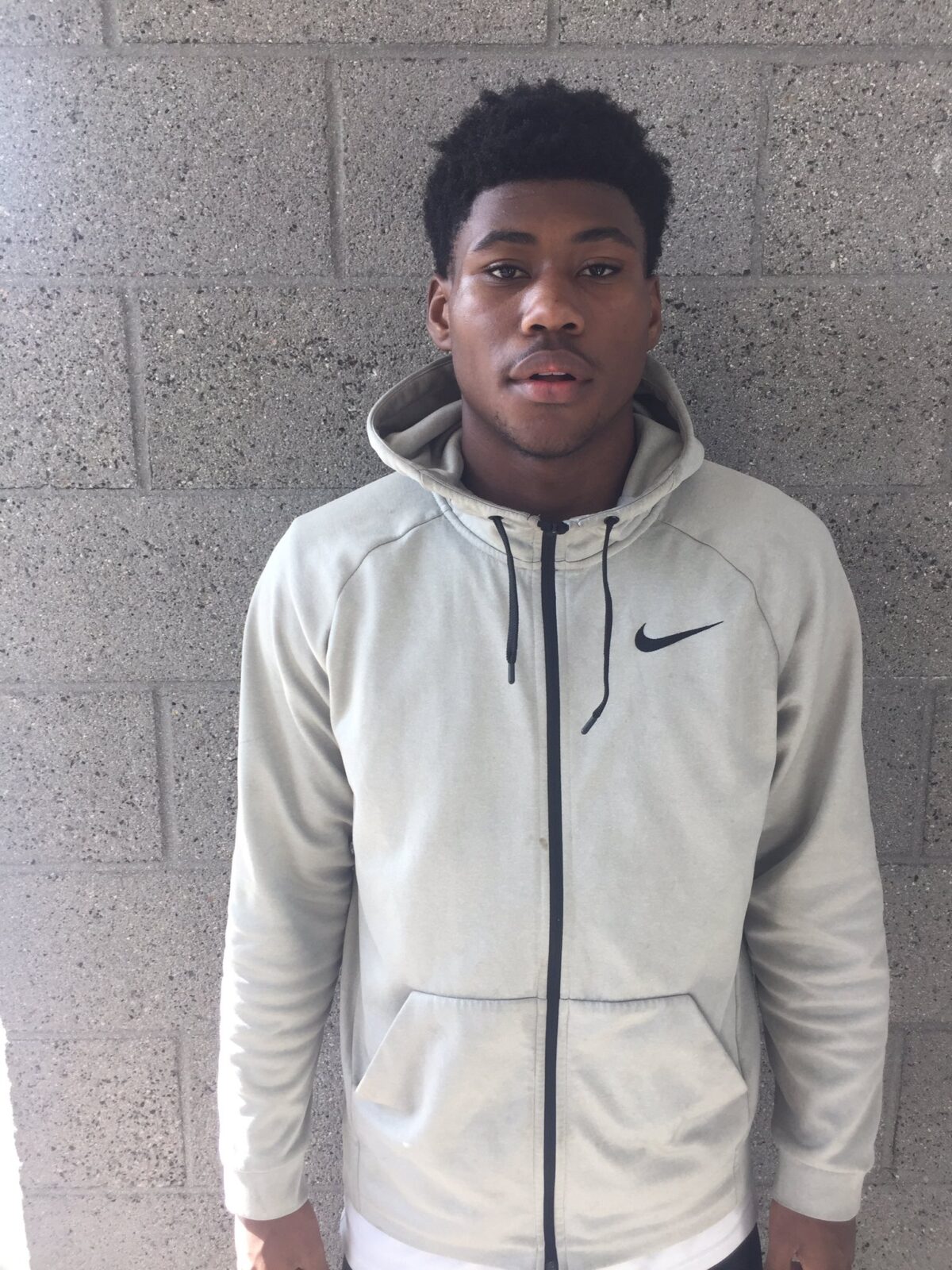 By ADAM ZAGORIA Tyler Powell’s recruitment would seem to perfectly encapsulate the state of college basketball recruiting during the pandemic. The 6-foot-5, 210-pound small forward from Los Angeles (CA) Ribet Academy has never visited the Seton Hall campus and has never met any member of the coaching staff in person, yet after developing a virtual relationship with head coach Kevin Willard and assistant Grant Billmeier he committed to the Pirates on Saturday evening. “Yeah, I haven’t [visited] because of the pandemic,” he said by phone ahead of his public announcement. “I met them both [Willard and Billmeier] virtually.” Powell is ranked as the No. 13 small forward in California and the No. 35 wing nationally in the Class of 2021, per 247Sports.com. He also considered Nevada, Pepperdine, UC-Santa Barbara and TCU, among others. “I like what I have with Seton Hall,” he said, adding that Billmeier scouted him last summer on the Nike EYBL circuit with Team Whynot? “Coach Grant came in and me and him had a good relationship right off the bat. It wasn’t just about basketball when he came in. He started talking really about life stuff. I feel like as a coach, having a relationship with your players is just as important as winning games because if the chemistry is not there, how are we going to be able to go in the long run?”

Powell said he wanted to leave the West Coast and come East to prove that he can compete in the rugged Big East Conference. “I feel like the Big East is probably one of the best conferences out there, if not the best,” Powell said. “There’s a lot of players like me, players that are aggressive on the East Coast. I feel like I can match that talent back East. “I want to change the culture for all the West Coast kids. Everybody’s into staying home, staying close to the West Coast. I feel like I want to change that. I feel like I can impact that.” As for what sort of player he’ll be at Seton Hall, Powell said, “I’m going to just be that three-and-D player. I love to play defense. I think that’s what separates me from a lot of West Coast players. I feel like defensively, I don’t care how big or how tall or how fast you are, I’ve got to get the job done at the end of the day.” On the offensive end, “I’m an inside/out player. I like to go inside, I like to shoot outside.” He plays at Ribat for associate head coach Pookey Wigington, the 5-foot-3 former backup point guard on Seton Hall’s 1989 national runner-up team. Wigington is also a comedian in the Los Angeles area who is friendly with Kevin Hart. Powell said Wigington “introduced” him to Seton Hall “and from there I had to research on my own. I talked to my family about it and I thought that was a good look.” “Him being my high school coach, he made a really big impact on my recruitment and everything,” he said. “He’s more than a coach to me. He’s more like a father figure.” Said Wigington: “I’ve known him since he was 10 years and he’s been from that Big East, old-school, mental-toughness type of approach. He understands that defense wins championships and offense wins basketball games and he brings both sides of the ball. “He’s the California State Player of the Year, all-CIF, so he’s done all of the things that you need to do be successful because he works hard. He’s an Englewood kid.” He added: “Seton Hall is getting a kid who will be the hardest worker in that program. So if they got some hard workers, you got another one coming in.” Powell joins point guard Ryan Conway in Seton Hall’s 2021 recruiting class. “I just want to shout out to all the people in New Jersey,” Powell said. “I appreciate the support. I’m coming with my hard hat. I’m going to come and represent the West Coast. “I can’t wait to meet the people there, I can’t wait to meet the coaches, I can’t wait to meet my official teammates. I’m all about the love and the hard work.” Follow Adam Zagoria on Twitter Follow ZAGSBLOGHoops on Instagram And Like ZAGS on Facebook