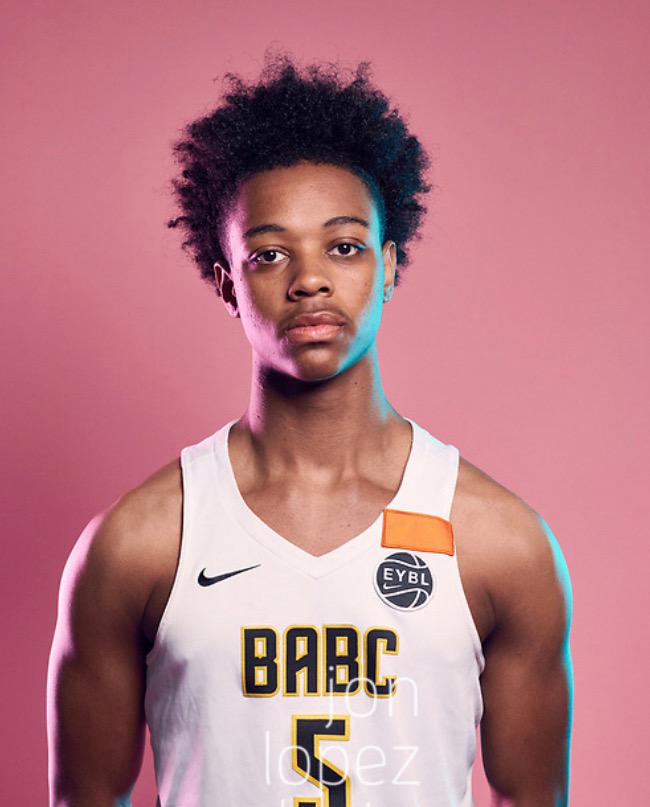 By JACOB POLACHECK Dasonte Bowen is already regarded as one of the top prospects in the country, but after a strong summer, the Class of 2022 point guard says he’s taking even bigger steps this fall. “I feel like I made a drastic jump in my explosiveness this summer, so I’m ready to showcase that,” he said Monday. “The biggest step I want to take this year is being a vocal leader.” Bowen, the 6-foot-3, 165-pound point guard from Worcester Academy (MA) and the BABC AAU Program, currently holds offers from 11 schools, but says Iowa and Rutgers have been in contact the most. He broke down both schools: Iowa: “They’re the only school I’ve gotten to visit so far because of COVID. First off all, they keep it real with me. They tell me how it would be if I went there, how the situation would be. Coach [Fran] McCaffrey is always checking up on me. He’s not always talking about basketball, recruiting and that sort of stuff. That stands out to me a lot. He’s mainly telling me if I’m there, I’ll be one of their guys. I’ll have the ball a lot. I’ll be able to play my game, which is great to hear. I’ve already been up there and the atmosphere is great.” Rutgers: “They’re in a similar situation. I haven’t gotten up there yet, so I haven’t been able to connect too much with the guys or anything, but it’s a similar situation. I’d have the ball, be able to play my game and from what I hear the fans are great and the environment is great. So, I’m just waiting to get up there and see what they’re saying.” Bowen had a Zoom call with Rutgers assistant coach Karl Hobbs on Sunday. Bowen is also receiving interest from schools such as Miami, Arkansas and Michigan, among others. Miami: “I get a text from them almost daily. They talk to me about their program and also about their team, the type of program they are, their coaching staff and all that type of stuff. Nothing too outside the box, just personal stuff like that.” Arkansas: “Same thing with Arkansas. They talk to me about their guys, how interested they are. They’re sending me the things they’re doing with the guys and how the coach communicates with the guys. Just stuff like that, showing me how it would be if I were to end up going there.” Michigan: “I’ve had some great conversations with Michigan. They’re keeping up with me. The one thing that’s different about them is they’re often asking about how I’m doing, what I’m doing and all that type of stuff, more so than them recruiting me altogether. Now, it’s more just about how I’m doing, how many times I worked out today and all that type of stuff.” Despite being unable to take visits this summer, Bowen says he hopes to take some visits this fall. “I know some visits that I was planning on taking,” he said. “I was going to go back up to Iowa. I was supposed to get over to Rutgers, Georgetown and I talked to Tennessee State about coming up to visit, too. There will probably be another one, but I haven’t decided yet.” He broke down his thoughts on Georgetown: “I talk to them occasionally,” he said. “Coach [Patrick] Ewing is a BABC guy. The pro-style approach and the pro pitch is kind of similar to my AAU coach. It’s a good relationship with them.” Bowen also broke down his thoughts on HBCU Tennessee State: “What I would say appeals to me about them, one, maybe if I go there and maybe if I don’t, but it’s big step for the generation coming up,” he said. “Nobody really does it anymore, so just seeing some top guys do it could really impact the kids coming behind us. You don’t always have to go to a Power Five or Blue-Blood school to make it. Just to even consider it. “With them, it was more so that the campus life is great there. I haven’t been able to get up there yet, but I’ve seen a bunch of videos. They have an up-and-down, open-style of play. They play a lot of good opponents. Last year, they were the best HBCU basketball school, I would say. There’s no missing out if you are there. I want to get up there just to feel it out.” According to 247Sports.com, Bowen is ranked as the No. 15 point guard and No. 83 overall player in the Class of 2022. “First of all, I’m a point guard,” Bowen said. “I can pass, finish and all of that. I’m an all-around player that can finish and play the defensive side. I can finish both smoothly and explosively. I would just describe myself as an all-around point guard.” Although the Nike EYBL Circuit was canceled this summer, Bowen says he ‘hasn’t missed a beat’. “I’ve still been able to get in the gym with my trainer just because of his connections,” he said. “We haven’t been able to play AAU or anything, but I’m still in the gym 4-5 days a week. I don’t think I missed a beat, to be honest. Whether it’s getting shots up, working on my game and all that. It’s sucks we can’t play, but I’m still in the gym.” Photo: Jon Lopez/Nike Follow Jacob on Twitter Follow Adam Zagoria on Twitter Follow ZAGSBLOGHoops on Instagram And Like ZAGS on Facebook